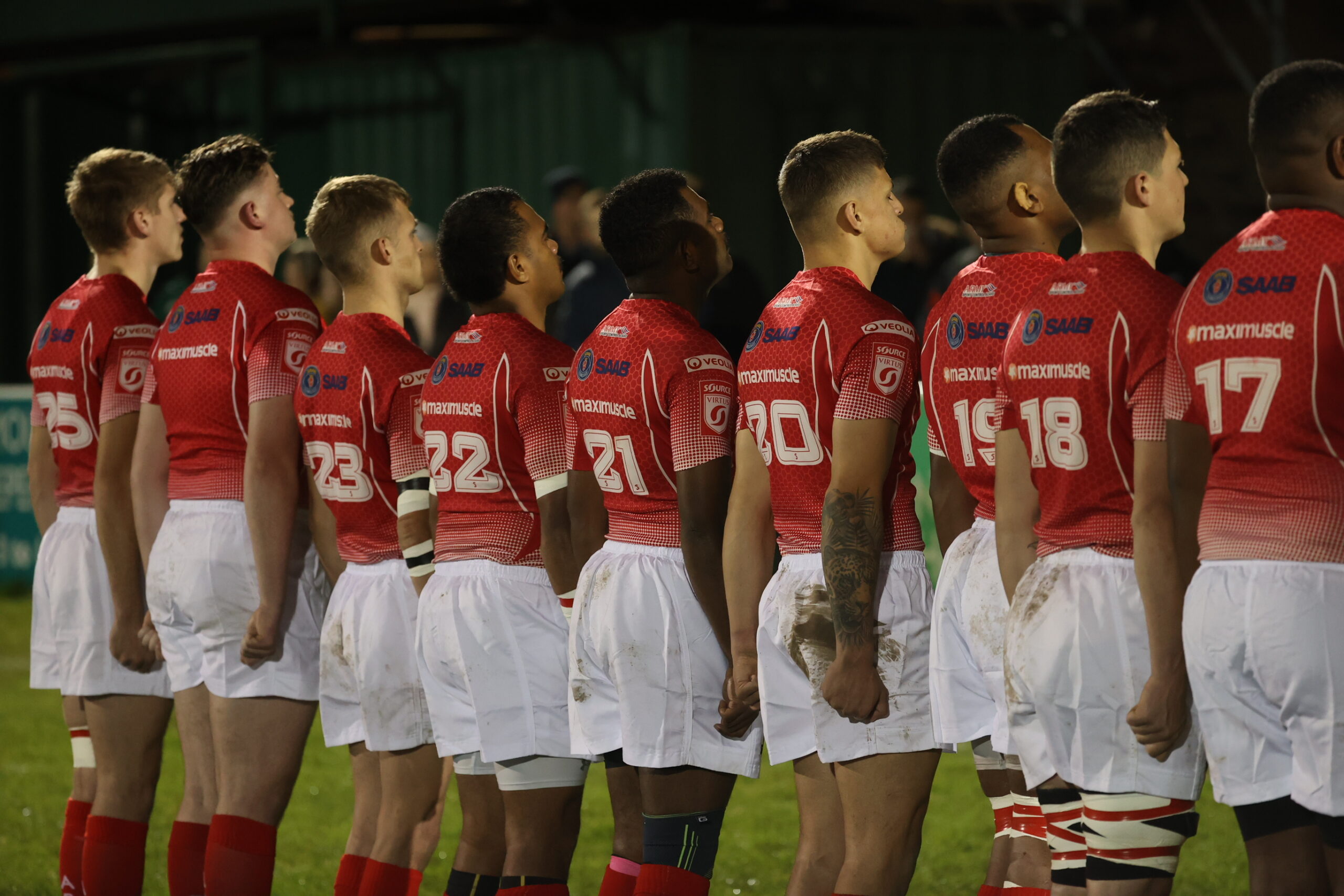 Winning start for the Army U23s

By Kimberley FowkeNovember 10, 2021No Comments

The 2021 U23 Inter Service Championship kicked off in style with the reigning title holders, the Royal Navy hosting the Army at a damp Plymouth Albion RFC where the young Reds got their campaign off to the perfect start.

The Reds took an early lead on the scoreboard through two penalties thanks to the boot of fly half Spr Johnson, RE whose consistency off the tee has been vital for the Army this season.  From there the Army never looked back.

A lovely cross field kick from Johnson led to the Army’s first try of the night from full back LCpl Raqio, R Signals.  Shortly after, Johnson followed with a try of his own, both conversions good.  The Army, having had most of the possession in the first half, went into the break 0-20 up. 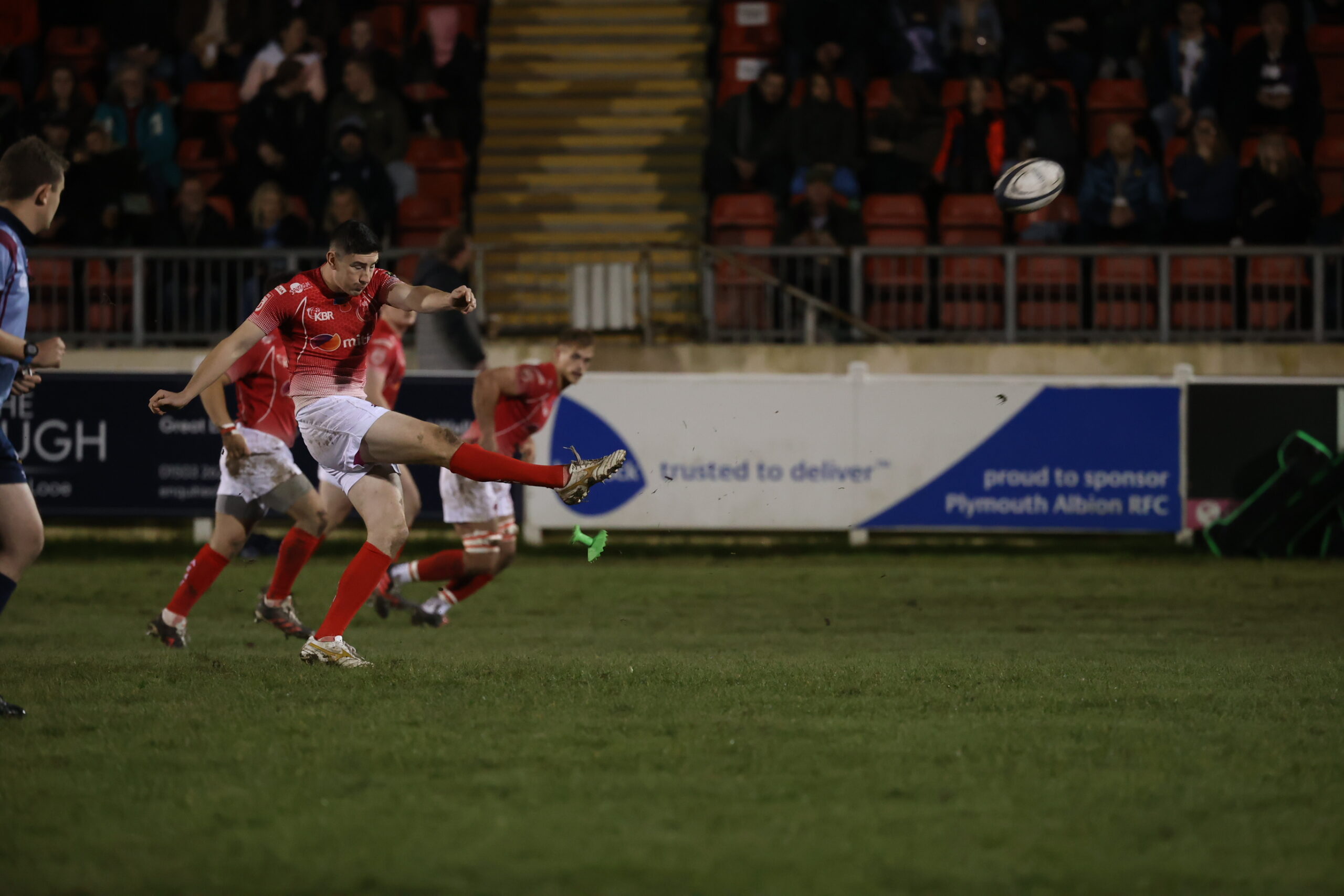 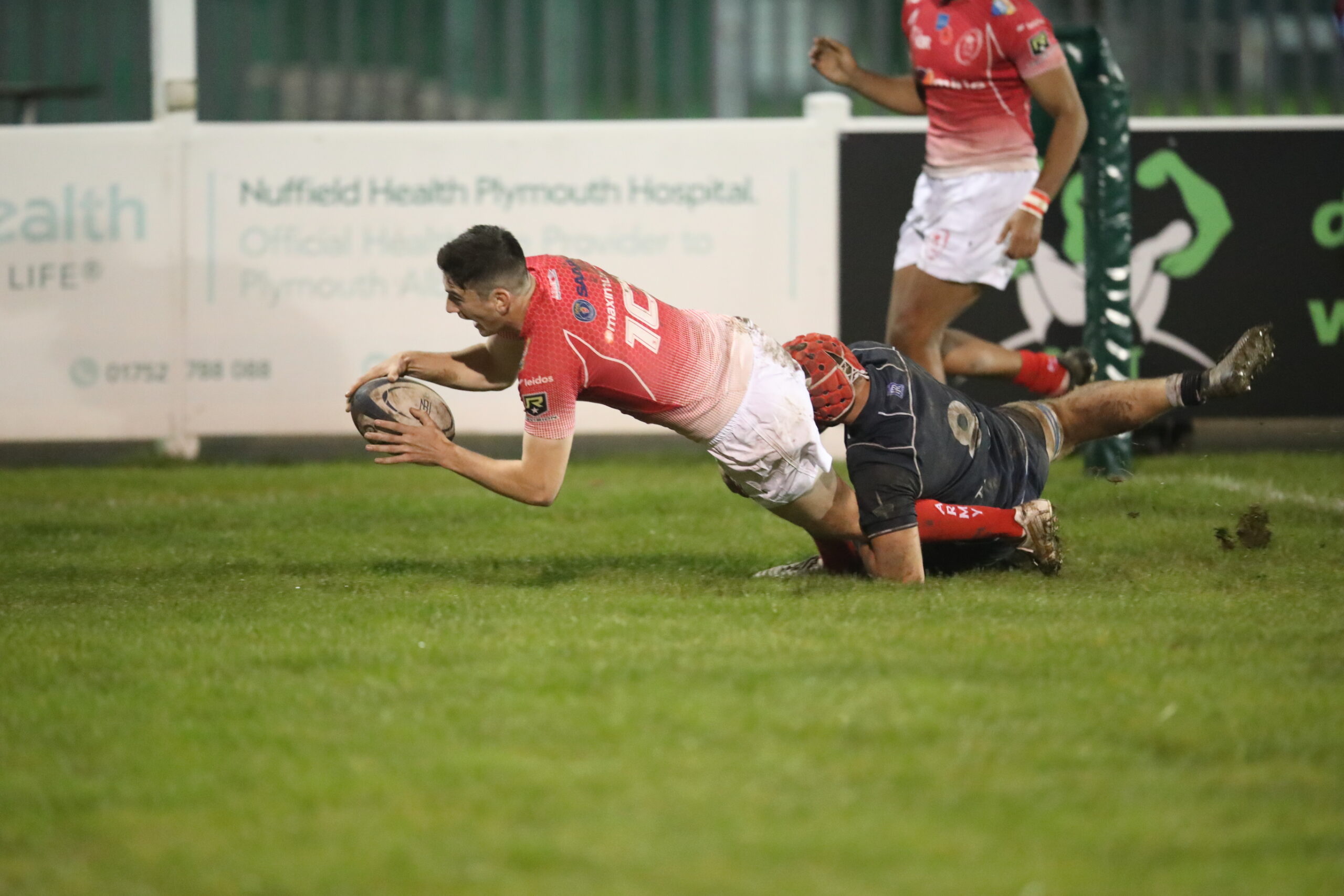 It was a good evening for fly half Spr Johnson, RE with 12 points from the boot and a try to his name.

The Reds picked up where they left off before the break scoring their third and final try of the night early into the second half, this time it was the Skipper, Tpr Roper, QDG that cross the whitewash.  Johnson again successful with the conversion.

The Navy needed to respond and they did, taking advantage of the Army’s period of time down to 13 men due to two yellow cards.  The Senior Service pressured the Army defensive line for sustained phases of play but the red wall held firm.  The Navy got themselves on the score board through two penalties of their own but were unable to breach the Army’s line.

Back up to a full compliment of 15 the Army finished strongly and will probably feel they left another one, possibly two try’s on the park being held up over the Navy line as the clock was in the red and the referee called time.

It was an impressive performance from the young Army side, Head Coach Capt Gareth Slade-Jones, RAPTC said earlier this week he wanted to give his players the freedom to express themselves and they certainly did. 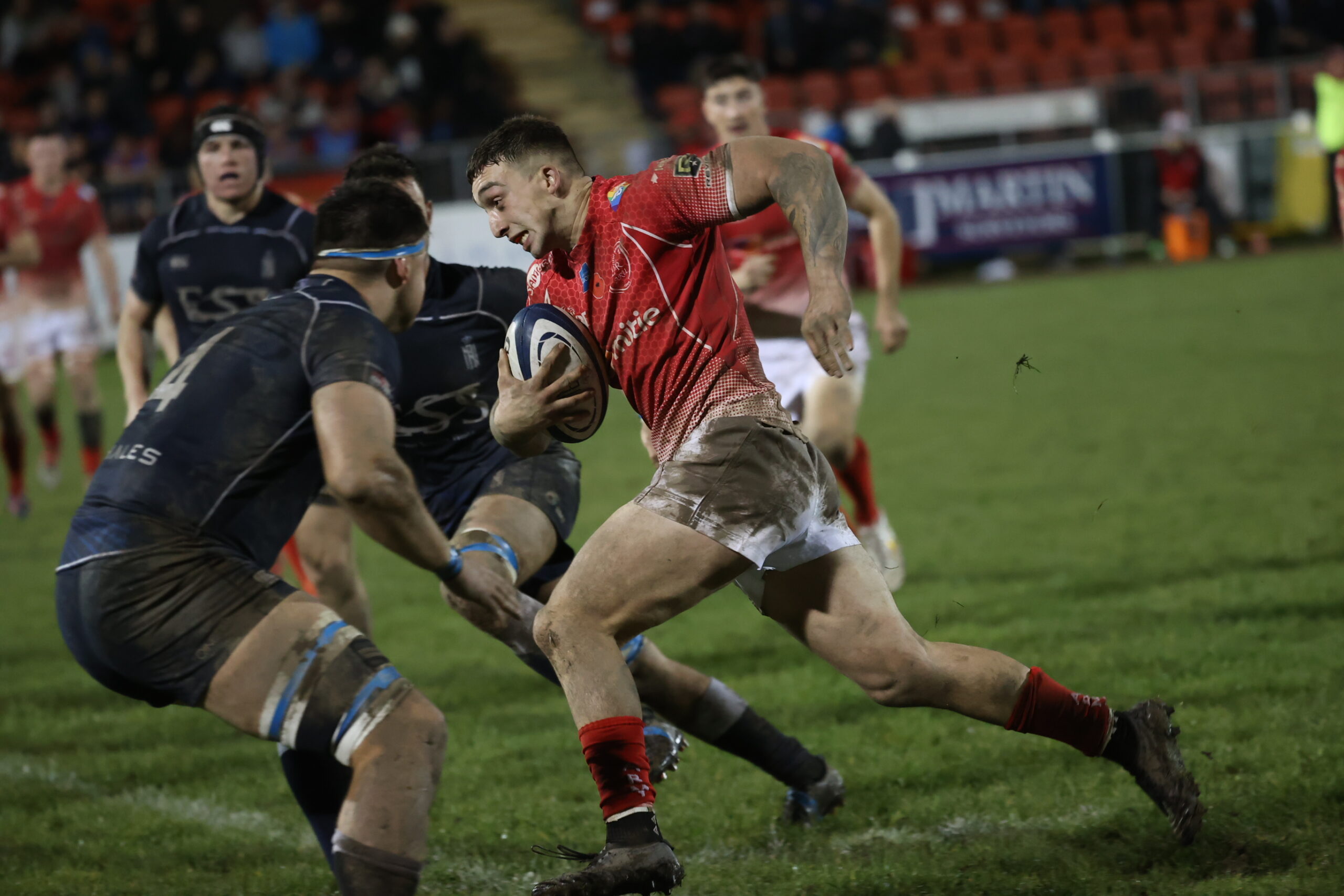 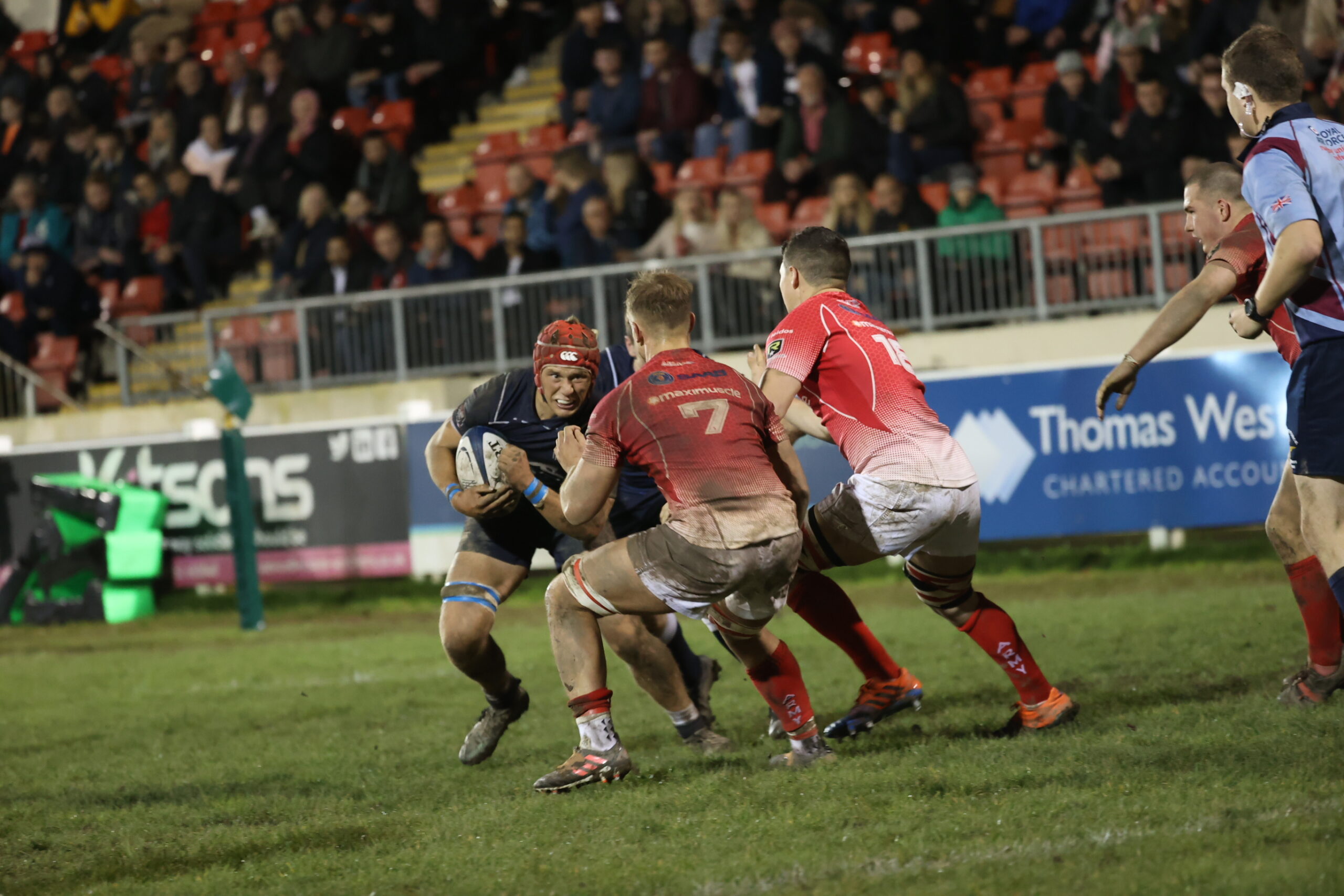 The Army worked hard in defense.

Our sincere thanks to our hosts, Royal Navy Rugby Union and well played to their U23s.  A well drilled outfit full of talented that will no doubt see many of the young men move across to the Senior set up in the years to come for many more classic Army v Navy encounters.  The rivalry between our two Services is one of the greats in Service sport, but above all that there is the utmost respect for each other on and off the rugby field.

The Army will enjoy their evening before attention firmly focuses on preparations for their second fixture v the Royal Air Force U23s next Wednesday 17th November at the Army Rugby Stadium, Aldershot.  Kick off is 1400hrs and entry is free. 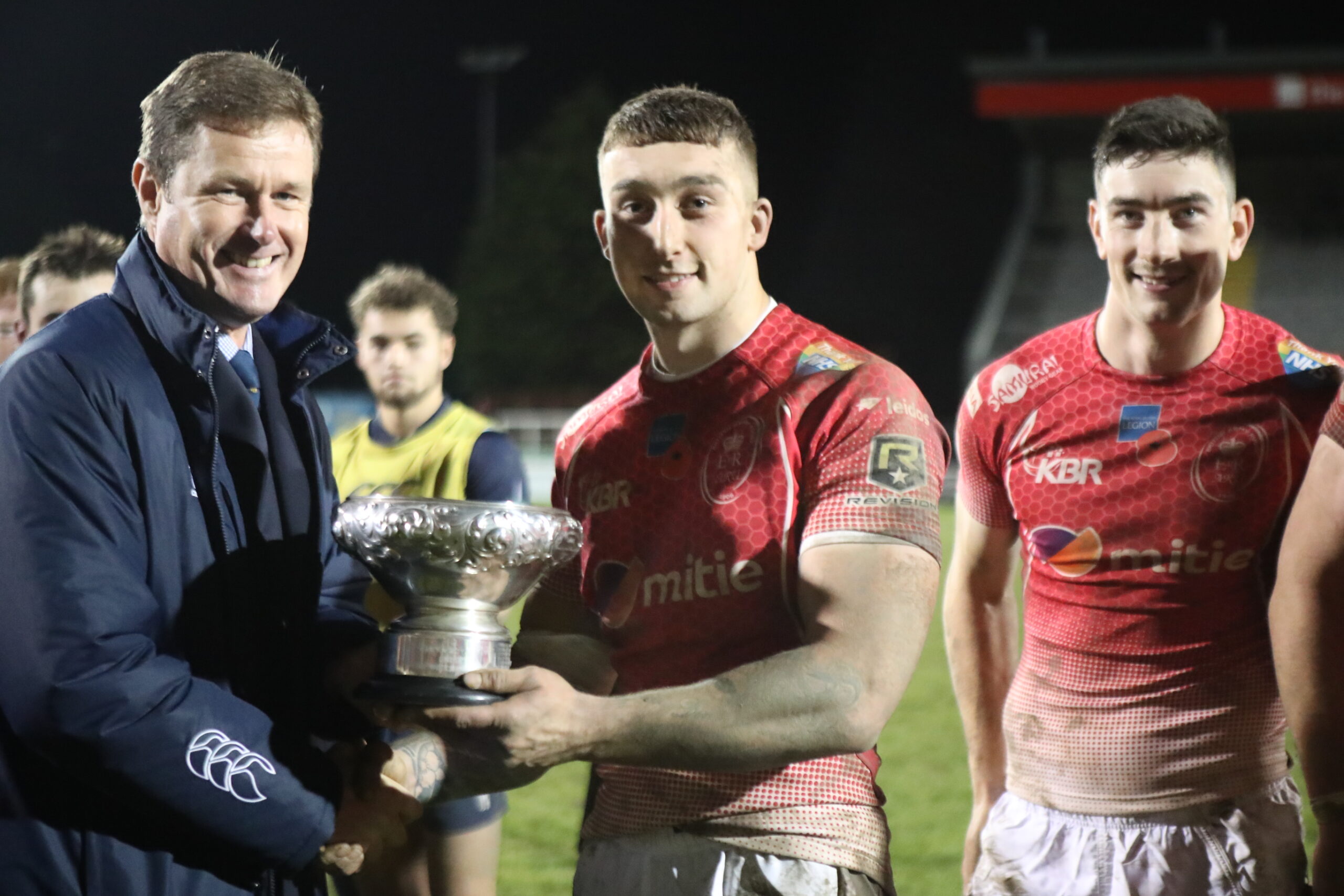 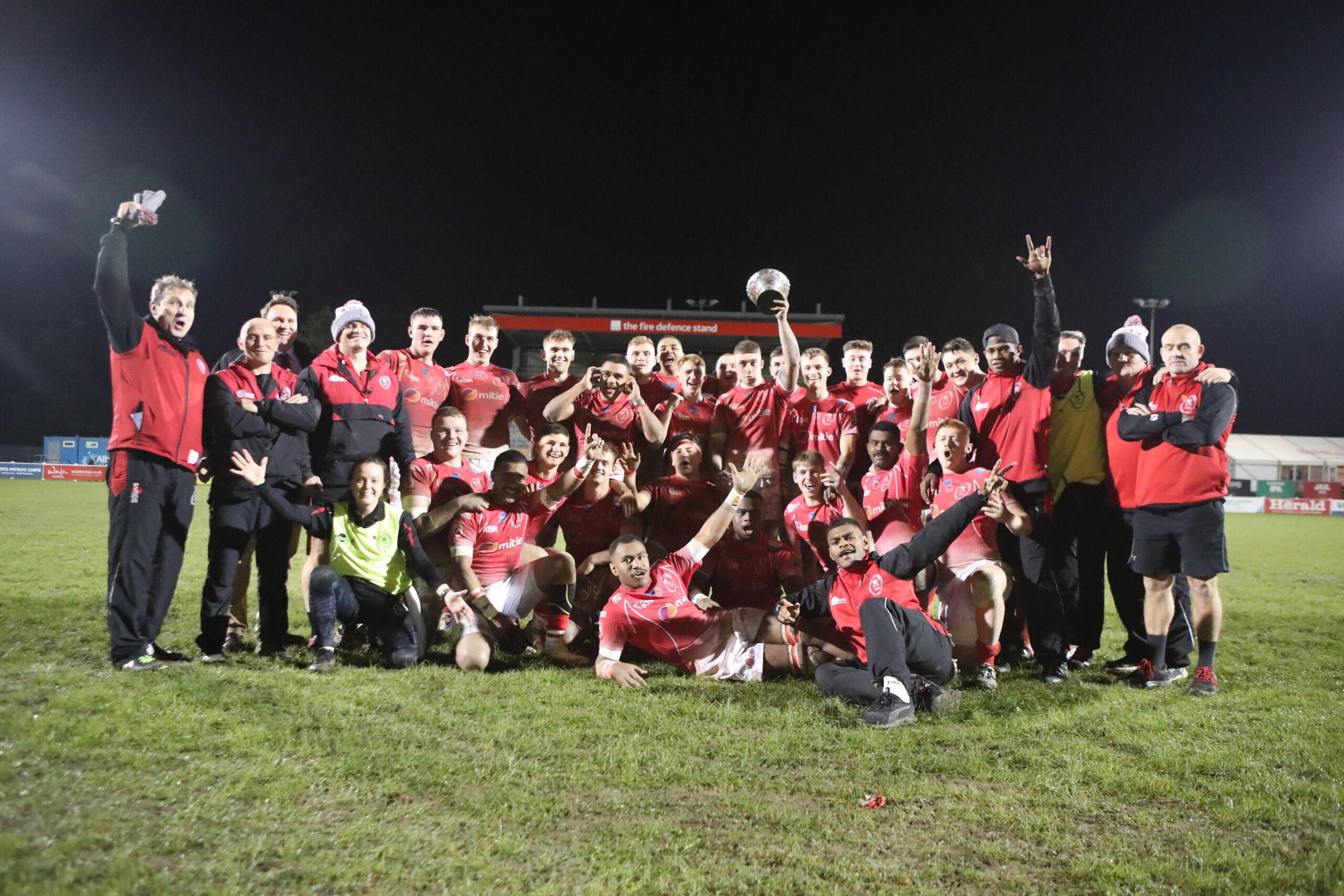 A successful evening for the Army U23s players and management.