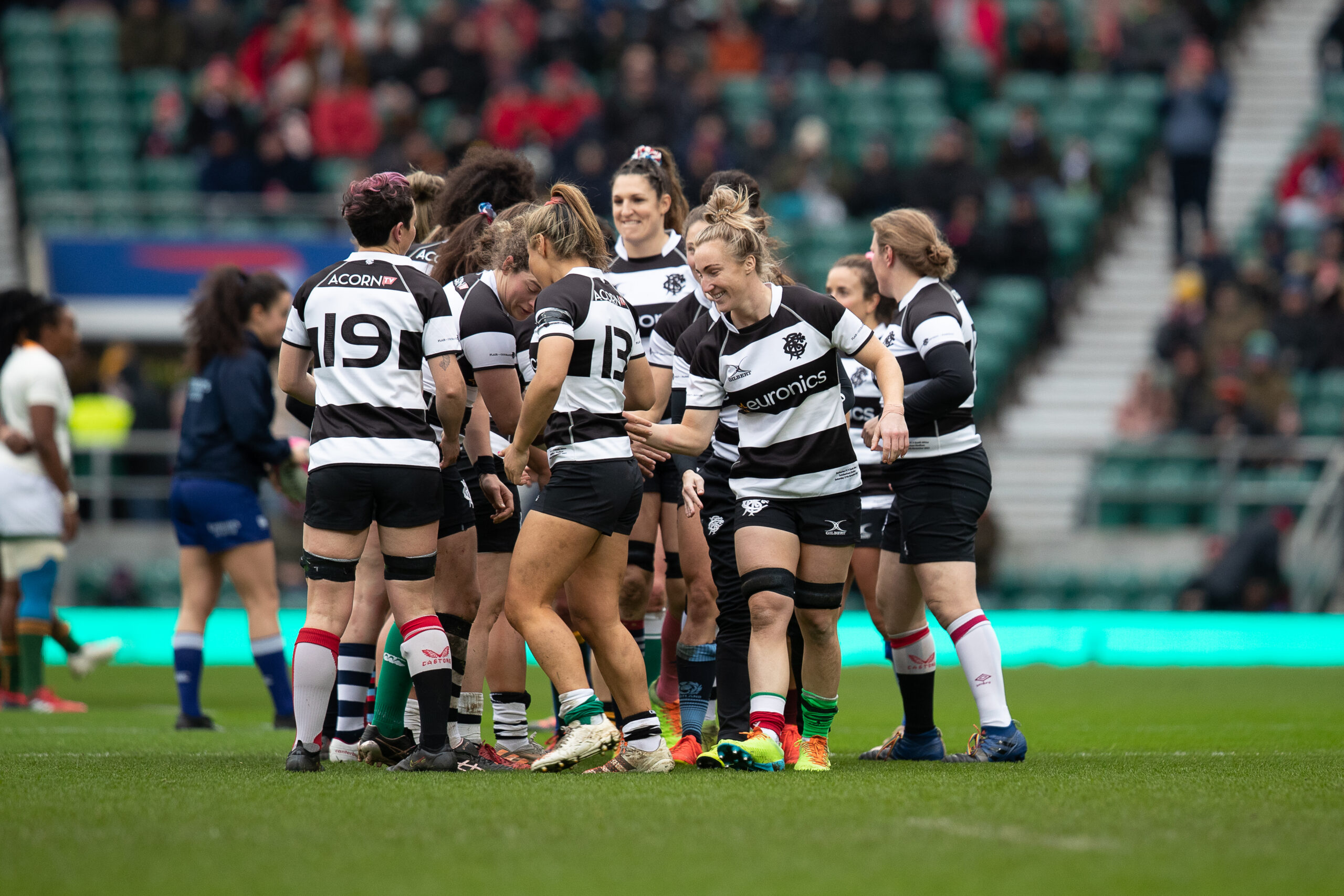 By Kimberley FowkeNovember 29, 2021No Comments

Bdr Bethan Dainton (RA) was part of a world record experience on Saturday afternoon when she came off the bench in the Barbarians’ win over a Springbok Women’s XV at Twickenham.

The late cancellation of the men’s match meant that the women were brought forward from 5:15pm to 2:30pm, and they turned on the style to overcome the South Africans 60-5 in front of 29,581 fans, the biggest ever crowd for a game of women’s rugby.

Bdr Dainton played in the last 20 minutes, and while the contest was long gone there was still time for the women in hoops to turn on the style in front of everyone watching in person and at home on BBC 1.

The BBC also showed the Premier 15s match between Bristol and Wasps on Sunday afternoon, with Capt Gemma Rowland (RA) and Cpl Louise Dodd (QARANC) both starting for the Londoners.

Wasps knew they would be facing a tough challenge away at the league leaders and so it proved, Bristol not looking back after scoring a converted try with just three minutes on the clock.

Wasps did get a penalty try on the stroke of half-time to reduce their arrears to 19-10, but while this became 19-17 after 48 minutes from then on it was all Bristol, who ran out 36-17 victors.

There was a winning start to life in Doncaster for LCpl Lloyd Wheeldon (Para), who was a second half replacement as the Knights stunned the Championship by downing league leaders Ealing Trailfinders 22-5.

Playing with the wind at their backs Doncaster scored a converted try four minutes into the match, and with a penalty after 13 minutes they had a lead which would be unassailable. Indeed it took until the fourth quarter before any points would be added with Doncaster scoring two more tries and Ealing managing just the sole five pointer in reply.

The win makes Doncaster one of three teams with six wins and two defeats from their eight matches along with Ealing and Cornish Pirates, who are all separated by bonus points.

There was no such winning feeling for LCpl Semesa Rokoduguni (Scots DG) and his Bath team mates on Friday night, who could not turn another promising performance into the four much-needed league points at home to Exeter Chiefs.

Bath had fronted up in the first half to lead at 10-6, with the Chiefs rocking on their heels. But as the game wore on so Exeter’s control increased, and a try four minutes from time secured a 23-16 win.