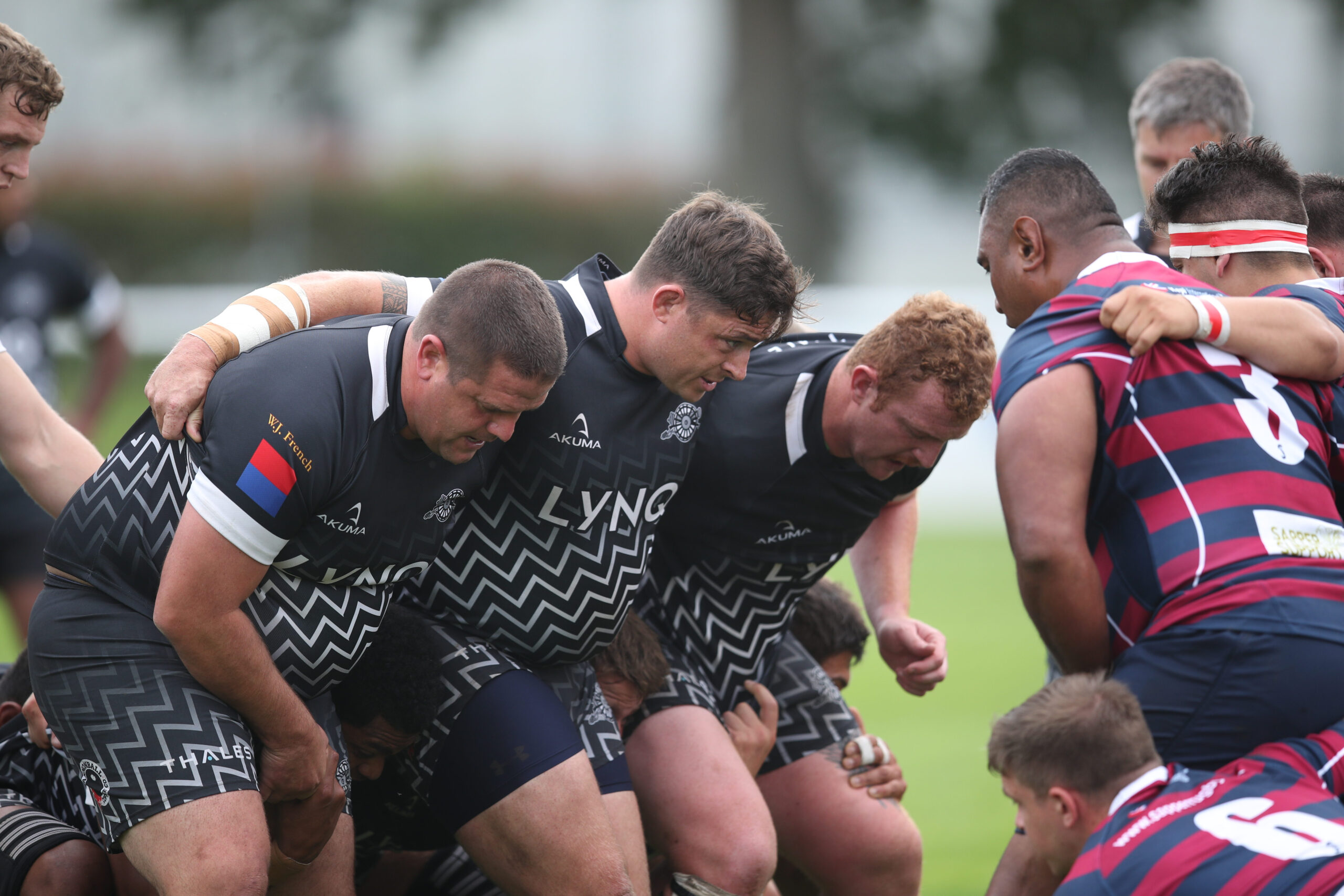 All to play for in Inter-Corps Championship

By Kimberley FowkeNovember 5, 2021No Comments

Competition is heating up in the 2021/22 Inter-Corps Championships, and at the halfway mark there is everything to play for in all three leagues.

The table-topping team in League 1 shifted from the RE to the RA this week, with the Artillery beating the Engineers 21-12 at Medway RFC. The Gunners took a 5-0 lead and did not give that up throughout the contest, building up a 21-5 advantage before the Sappers scored a late consolation try.

RA moved up to nine points with that result, with the RE on eight. The Sappers are joined on that total by REME, who tied 22-all with the RLC, with REME in second place overall on points difference.

In League 2 the Infantry maintained their 100 percent winning record with a 24-3 win over the AMS, which extended their lead to seven points at the top of the table. But the battle for second place looks like going down to the wire, with the AMS, RAC and R Signals all having a win and two losses apiece to sit on eight, 10 and 10 league points respectively.

The RAC and R Signals served up a tense 80 minutes, with the R Signals claiming a vital win on the road by a solitary point, 29-28. The RAC steadily built up a 21-0 lead, but with the Signals scoring either side of half-time they brought their way back into the contest, and then with two tries in as many minutes – a score followed up by an interception try straight from the kick off – the visitors had scored 29 unanswered points. The RAC scored at the death to earn themselves two bonus points.

League 3 is also extremely competitive, with the RAPTC, AGC and Int Corps all with two wins and one loss apiece and the three teams covered by just two league points.

Round 3 saw the Int Corps make the most of home advantage to see off RAPTC 27-23, while the AGC moved into top spot with a comfortable 38-7 win over the AAC.

There are four weeks until the next round of matches on Monday, December 1st. For all the details head to www.armyrugbyunion.org.uk/competition/corps-championship