By Kimberley FowkeMay 25, 2022No Comments

The Inter-Services action is not quite over yet, as this Thursday the Army in Scotland team will take on its counterparts from the Royal Navy and RAF in a festival of Forces rugby at Edinburgh’s Oriam Stadium.

As in 2019 the three teams will go head-to-head in a series of 40-minute matches in a battle to be top dogs north of the border, and for Head Coach Capt Si Talbot (RAC) there is only one way that he wants the team to finish their season.

“Clearly I want to win,” he says, emphatically. ‘I’m not in this game to come second, and that’ll be made abundantly clear to the players, but if I can bring through coaching the pace, power and precision that I’m after, then I don’t think that the other two Services will be able to cope with us in the intensity of the short game.

“I think that the Royal Navy will be aggressive and solid and will come at us hard. I think they’ll rely on firepower at the breakdown and being well structured.

“The Royal Air Force have played most of their rugby up at Kinloss, so we’ve had a good look at them.

“And clearly those teams will get a vote in how the games go!”

As with coaches throughout the Army Rugby network, Capt Talbot has to balance a variety of different challenges while preparing his team, from deployment of players – being a soldier coming first, as always – through to relatively constrained preparation time of three days before each fixture.

Nevertheless, the Army in Scotland team goes into Thursday’s action having won three of their four matches played, with the one loss coming to Super6 outfit Stirling County.

“All our build-up matches have been full blooded 80 minute fixtures,” Capt Talbot says. “It’s pretty easy for me to bring a team together, with 106 players registered on the database to play a pretty decent standard of rugby.

“The difficulty is that it can be hard to play Unit rugby. I’m reliant on those 106 players playing civilian rugby to get them to the standard which we want them at. It’s great for me as a Head Coach and a coaching staff because we have a pretty good product to start with.

“The Brigade Commander is a big advocate of rugby and the Commanding Officer is the Chair, which helps, and the fact that we’re playing regular rugby builds momentum.” 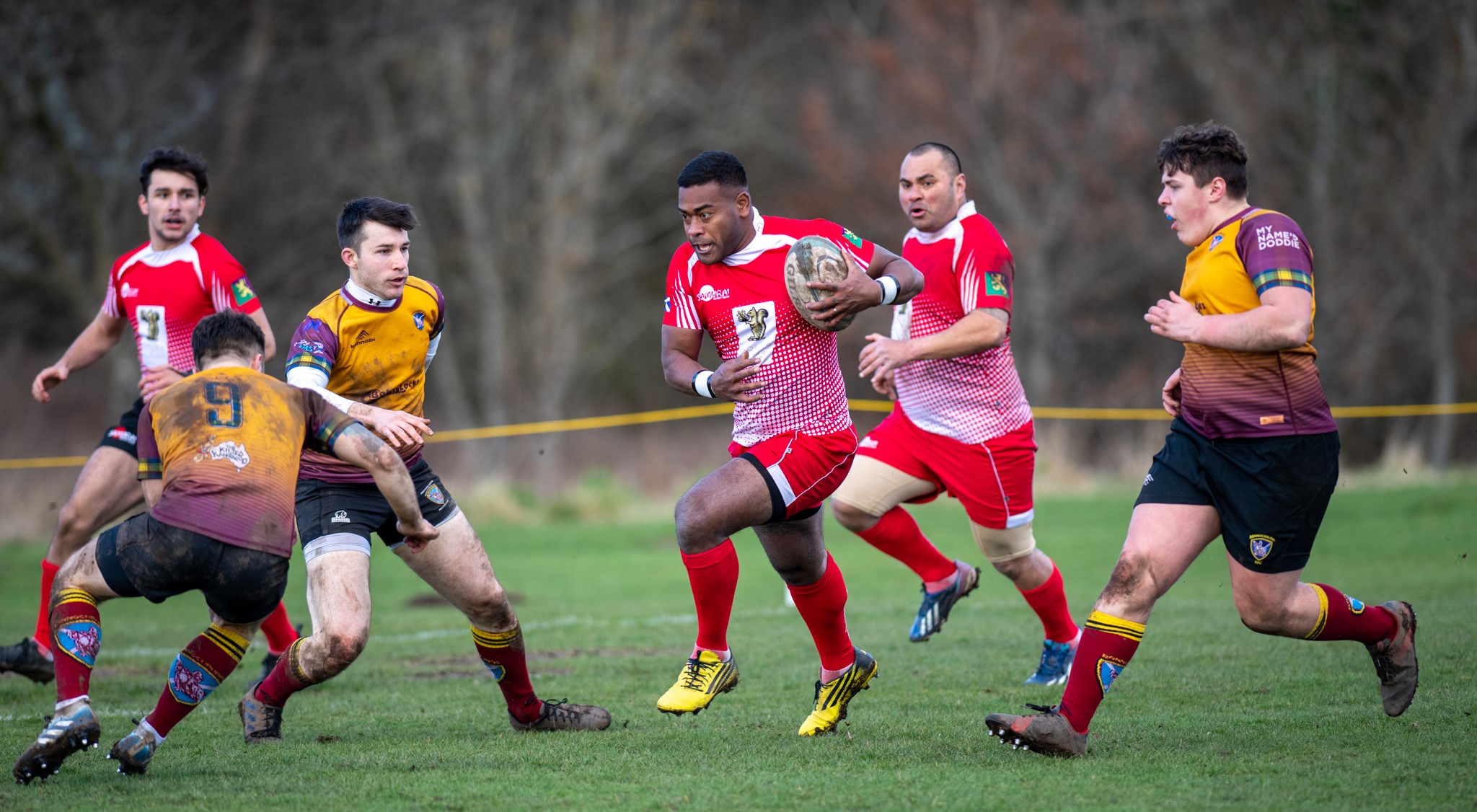 The Army in Scotland v Bannockburn RFC, they won the match 26-0

While the successes over Bannockburn RFC, Biggar RFC and RMAS got the team into the winning habit, Capt Talbot also took plenty of heart from the opening reverse to Stirling County back in February, which opened the Army in Scotland’s season.

“The biggest test for us was Stirling County,” he says. “It came arguably at the wrong time in our preparation.

“We lost the game 19-12 but had two tries disallowed in the second half. They had a lot of their Super6 team out in the first half and made some wholesale changes at half-time.

“Had that been our last game in the campaign then it could have been a different story. We’d have gelled better and been in a different place. We’re certainly on our way, with a fit and strong robust team who can play some good rugby.

“The players coming in are young and impulsive who want to come in and play heads-up rugby. But then they do make mistakes and concede penalties. That’s rugby though!”

Civilian rugby is not just key terrain for Capt Talbot’s players to hone their game and develop their experience. It is also, he believes, a fantastic opportunity for the British Army to engage with communities in Scotland.

“The rugby presents us with an opportunity where we can get exposed to the whole community,” he says. “At Bannockburn, The Good, The Bad and The Rugby podcast was there, which was good for us, and we were lucky enough to take a Jackal with a team and all the weapons for kids to get their hands on, and to play some rugby.

“It was exactly the same at Stirling and we took some items to Biggar, although the weather wasn’t as kind to us!

“This then does become an open door for us. Stirling County want to conduct pre-season with us, and the same at Biggar. The clubs have been supportive of us and appreciative of us, and kids see soldiers playing rugby and soldiers doing soldier stuff.”

The same applied at Melrose RFC, where the Army’s winning exploits on the field at the world-renowned Sevens tournament were mirrored off the field, both on the night before as well as on the day. 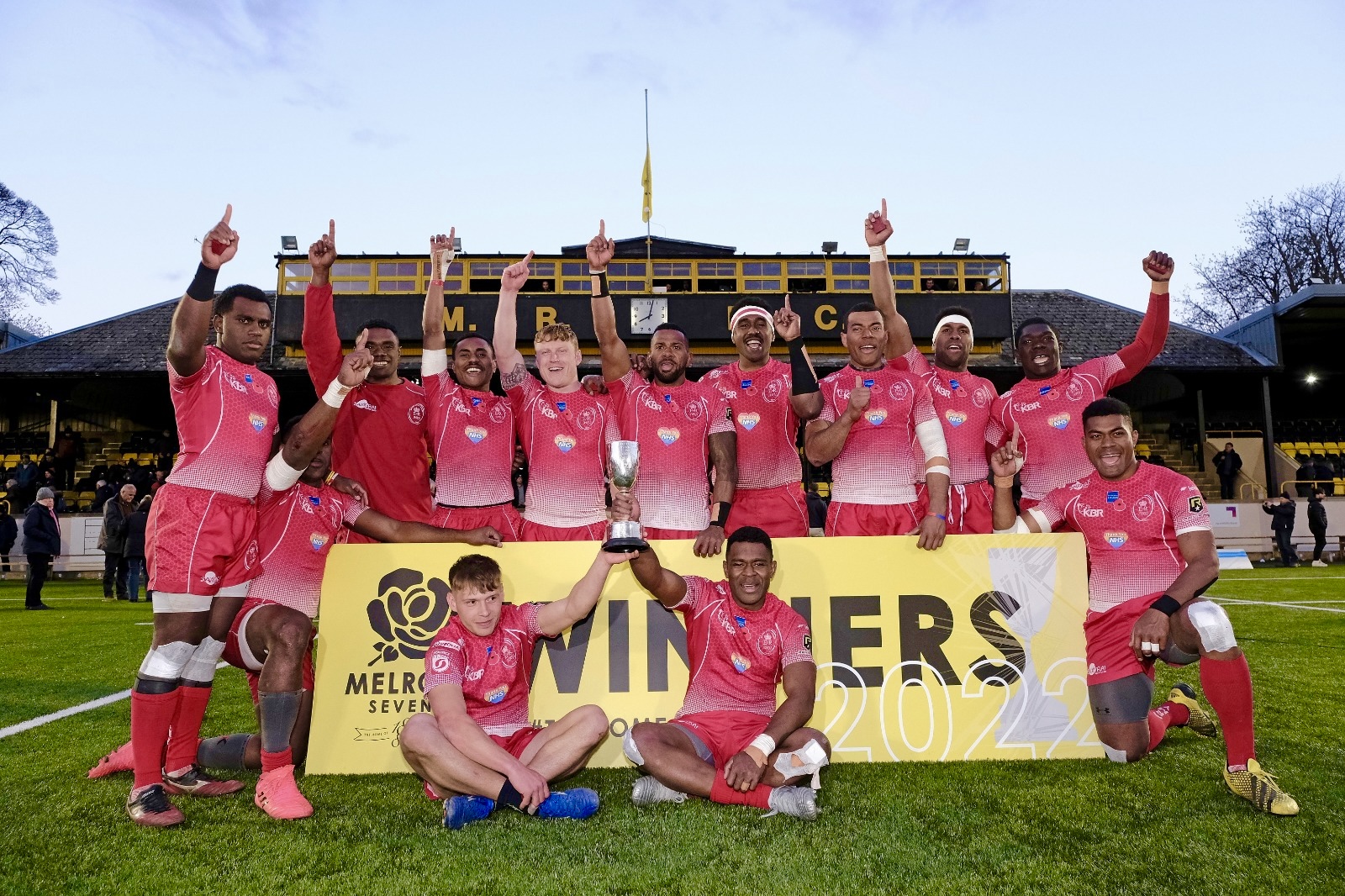 “They were really appreciative of us going along and I was lucky enough to be invited to attend the legends dinner the evening before,” Capt Talbot explains. “I was unable to attend due to the engagement activity but the Deputy Commander went in my absence. I was fortunate I could send a piper to go, so he was able to give a bit of a show under the floodlights.

“It really puts us back into the community and gives an opportunity to showcase the Army, Army Rugby and engagement through sport.”

Thursday’s games at Oriam Stadium are many hours’ drive from Twickenham and Kingsholm. But Capt Talbot says that everyone within the squad and staff are fully appreciative of the way that the Army Rugby Union has ensured that geography has been overcome by positivity within the red shirt network.

“The team are massively buoyed by the ARU’s efforts to amplify our activity,” he says. “The fact that we’re on the website, that our social media presence is amplified by them, that the build-up and post-match results are pushed out into a public place.

“It makes them feel included and part of the team, and it makes them want to step up and continue to demonstrate what they can do as part of the Army Rugby Union, representing the British Army playing rugby, we just happen to be doing it in Scotland.”