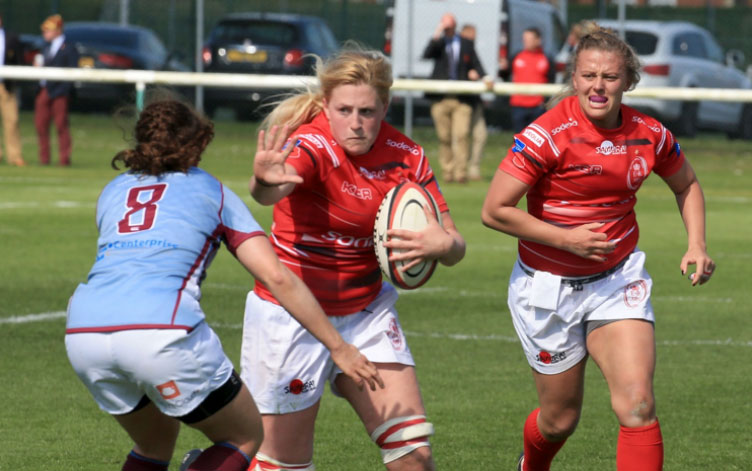 In the second round of the 2017 Inter Services Championship, The Army Women welcomed a strong and highly motivated RAF team to sunny Aldershot. The RAF were in confident mood after a resounding victory over the Royal Navy in the first round. Boasting a host of Internationals, the RAF had come to compete and compete they did.
Both sides were keen to play open, flowing rugby; running the ball from all areas of the pitch. The Army put the RAF under pressure during the opening salvos, pressing deep in the RAF half; only for the RAF to intercept a loose pass and score under the posts. The conversion was successful: 0 – 7. The Army reacted immediately from the restart, turning the ball over in the RAF half and spreading the ball wide. Cpl Lou Dodd broke the line and put Cpl Caz Roberts in for a simple touch down. Skipper Gemma Rowland added the conversion: 7 – 7. 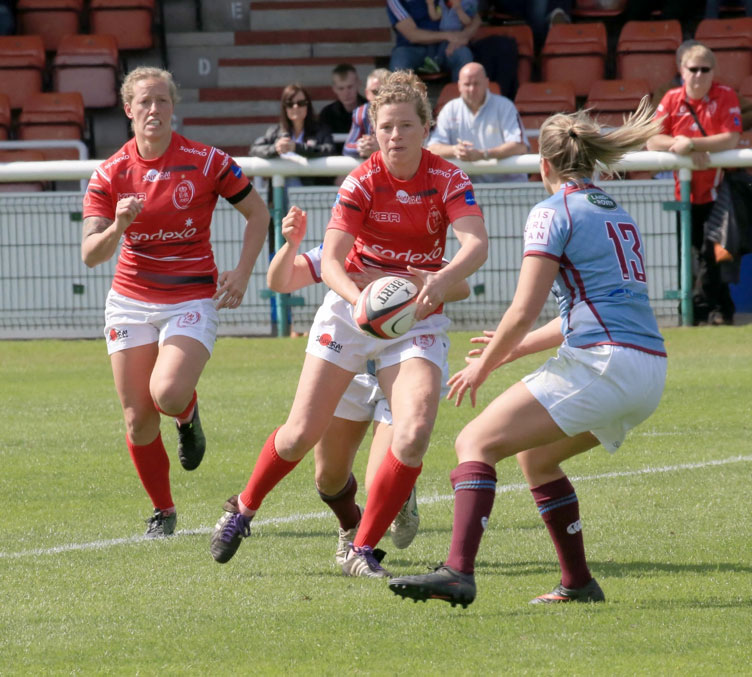 The game was being played at a very fast pace and the RAF were next to cross the whitewash. A 16th minute midfield break by England and RAF hooker, Amy Cokayne and a beautifully timed pass put the RAF winger under the posts. Once again the conversion was successful: 7 – 14.
Not to be outdone the Army responded 4 minutes later with Rowland hitting the line from fullback and finding space behind the RAF defence. Close support from Dodd was rewarded with the scoring pass and she crossed the line unchallenged. The successful conversion from Rowland evened the score at 14 – 14. 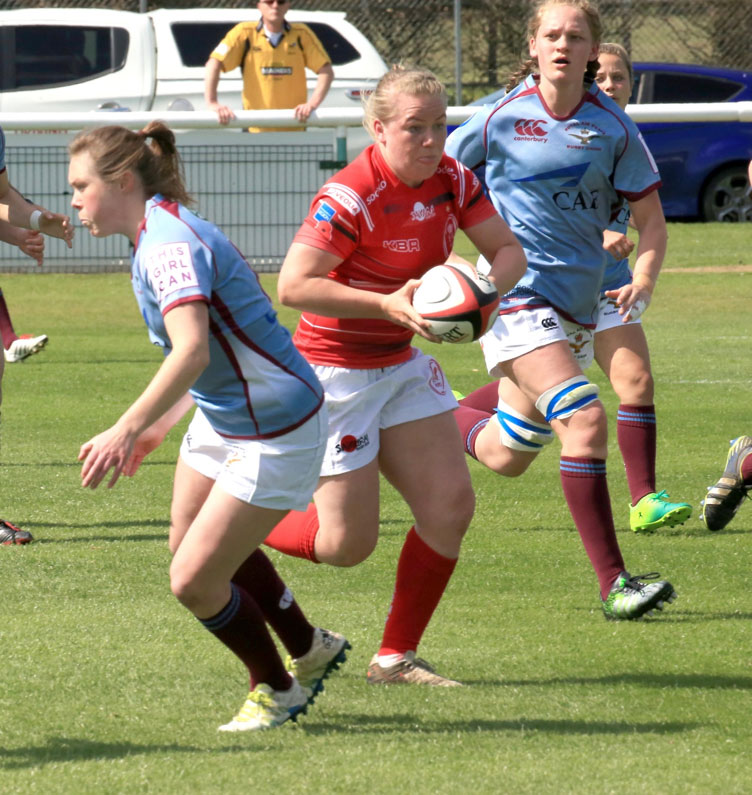 The RAF, playing their best rugby ever in the Inter Service Championship, were able to create a period of continuity, but the Army’ defensive line allowed them no quarter. Constant Army pressure caused a mistake in the RAF back line and Dodd capitalised, intercepting a weak pass and scoring her second under the posts. Once again Rowland added the extras. The Army took the lead for the first time in the game: 21 – 14. A minute before half time the Army were able to exploit a sloppy line out in the RAF 22. Eventual player of the match LCpl Chelsey Snead, reacted fastest and was able to power over the line from 10m out. Rowland added the extras: 28 – 14. 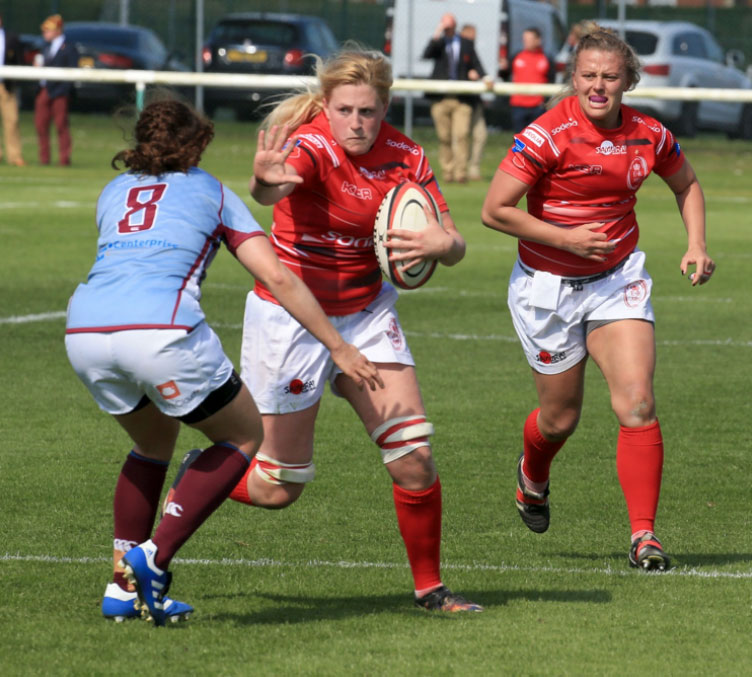 The Army took control in the second half and applied constant pressure in the RAF half. The Light Blues defended with immense heart and tenacity, frustrating the Army attack after attack. Frustration showed and another loose pass was intercepted by Cokayne on her own 22; and the inform player was able to outpace everyone to go the length and score under the posts. The conversion was good: 28 – 21.
The Army got straight back on the attack and after 63 minutes the RAF infringed 5m from their line. A quick tap to England Prop, Sgt Bianca Dawson and the resulting try was almost inevitable. Once again Rowland was accurate with the conversion, making her tally for the day 5 from 5 and the score 35 – 21. 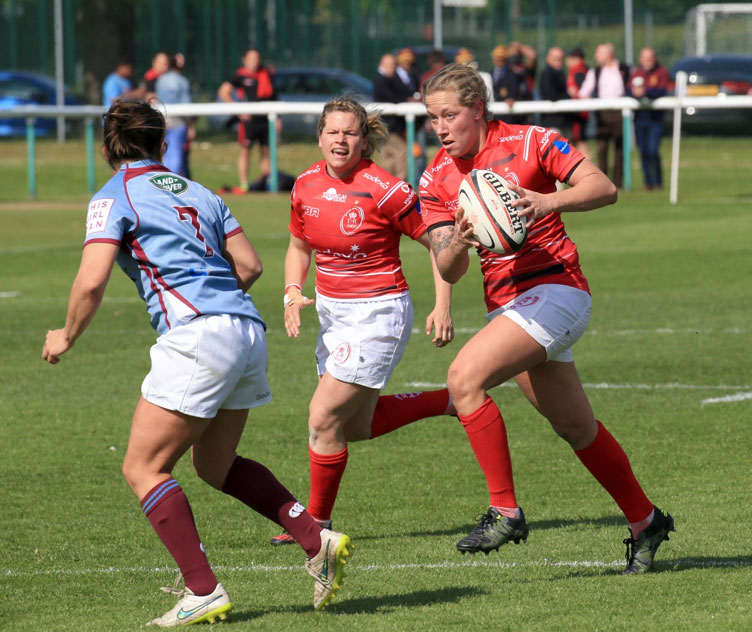 The RAF fought on to the end and in the 85th minute of play were rewarded with a forwards mauling try making the final score 35 – 26 to the Army.
This was by far the best Women’s Inter Service game there has been to date. The Army played well out wide, and but for better execution of the pass and preservation of the space could have had 4 more tries. The overall quality of rugby from both sides was however outstanding. After total Army dominance in the competition to date, it was so refreshing to see the RAF play with style, commitment, and belief. This can only be good for services rugby. A number of players were particularly impressive on both teams, but the Army player of the match was awarded to Chelsey Snead for an immense effort for 80 minutes in the second row.