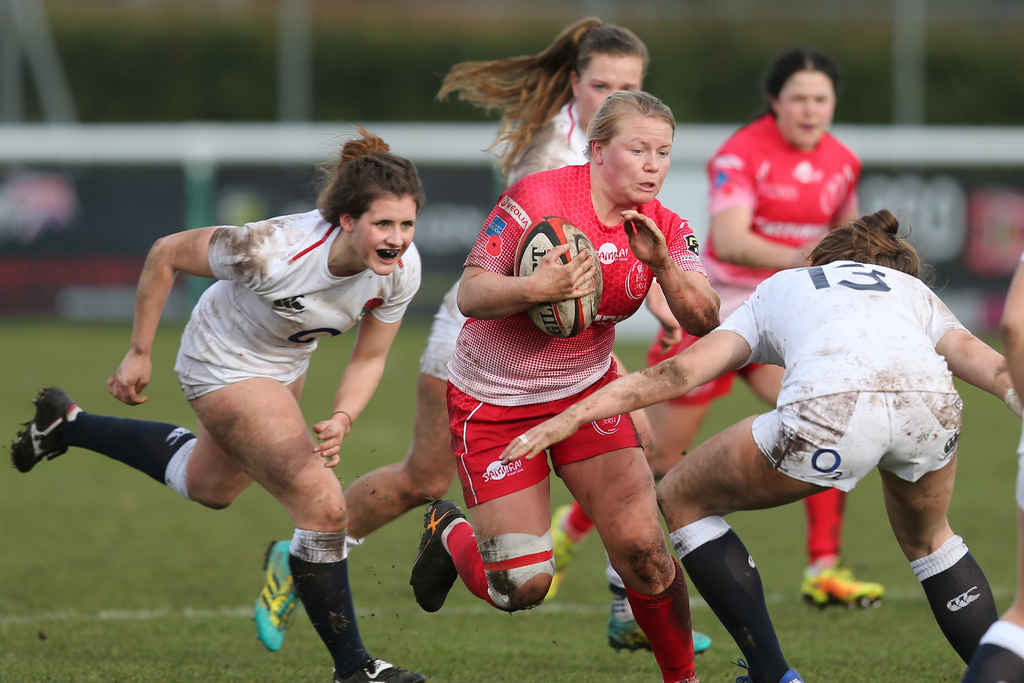 England Roses flourish against our Senior Women and Germany overpower a spirited Women’s A Team.

The Army Women’s squads hosted an International Double header at Aldershot on Saturday.
First up was the Army Senior Women who welcomed England U20s for the annual fixture that sees the England squad test the ‘young guns’ against a full Army side. 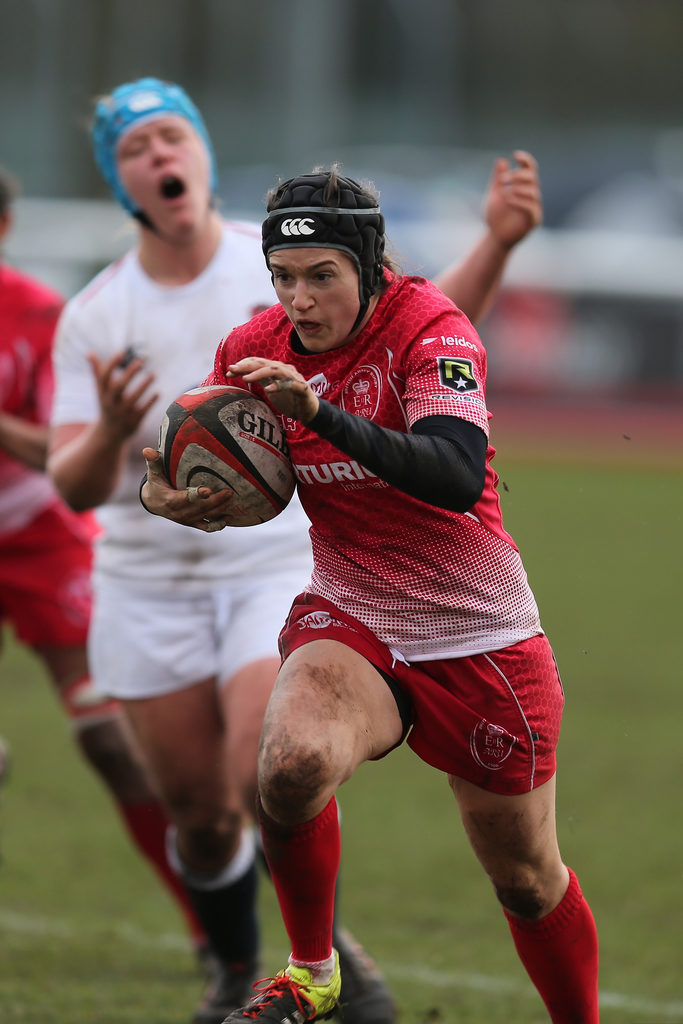 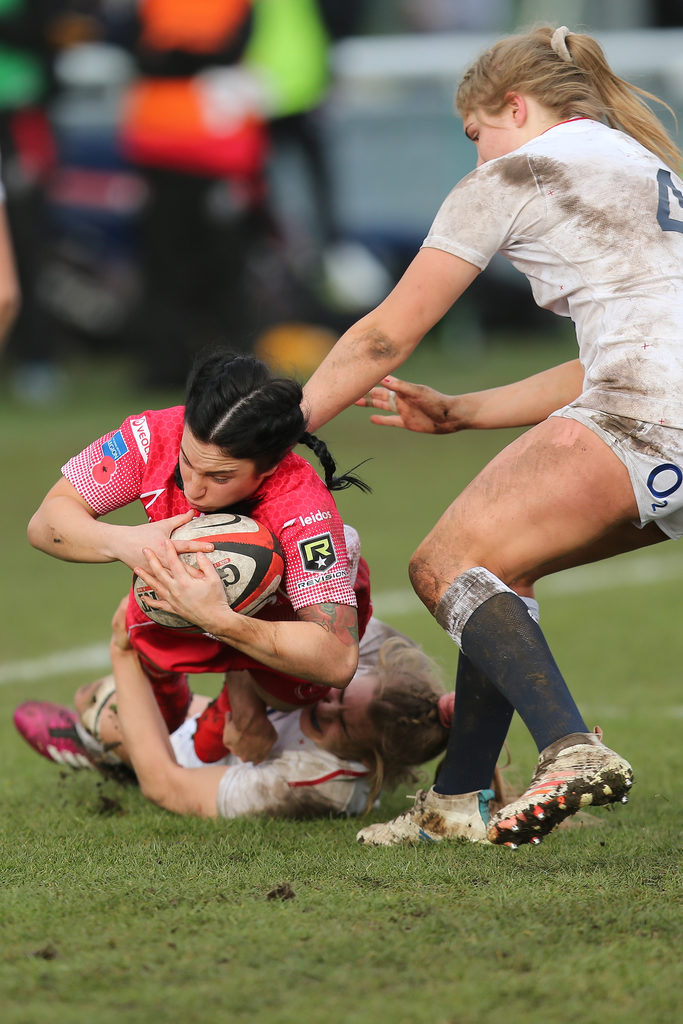 Past England U20 players who have played in this fixture are now embedded into the full England senior squad such is the talent of this bunch of young players. This game didn’t disappoint and again displayed some fantastic talent that will no doubt feature in a senior England shirt in the coming years. Stand out performances from England’s fly half Ellie Green (Harlequins) and centre Shauna Bennett (Gloucester Hartpury) cut through a spirited Army defence on numerous occasions to see England lead comfortable 26-0 at the break. 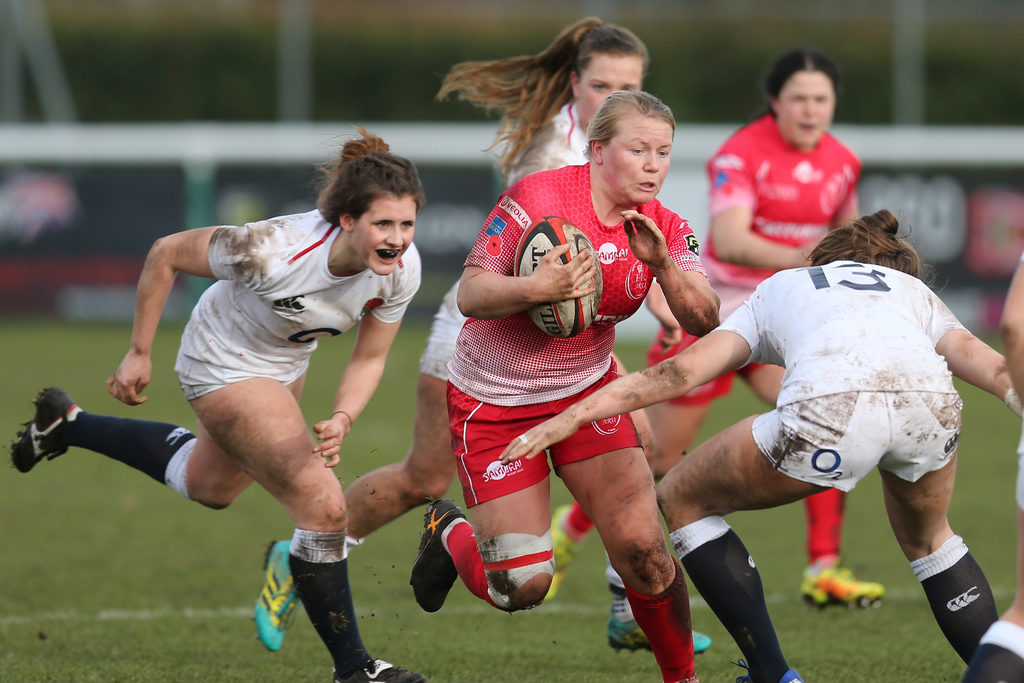 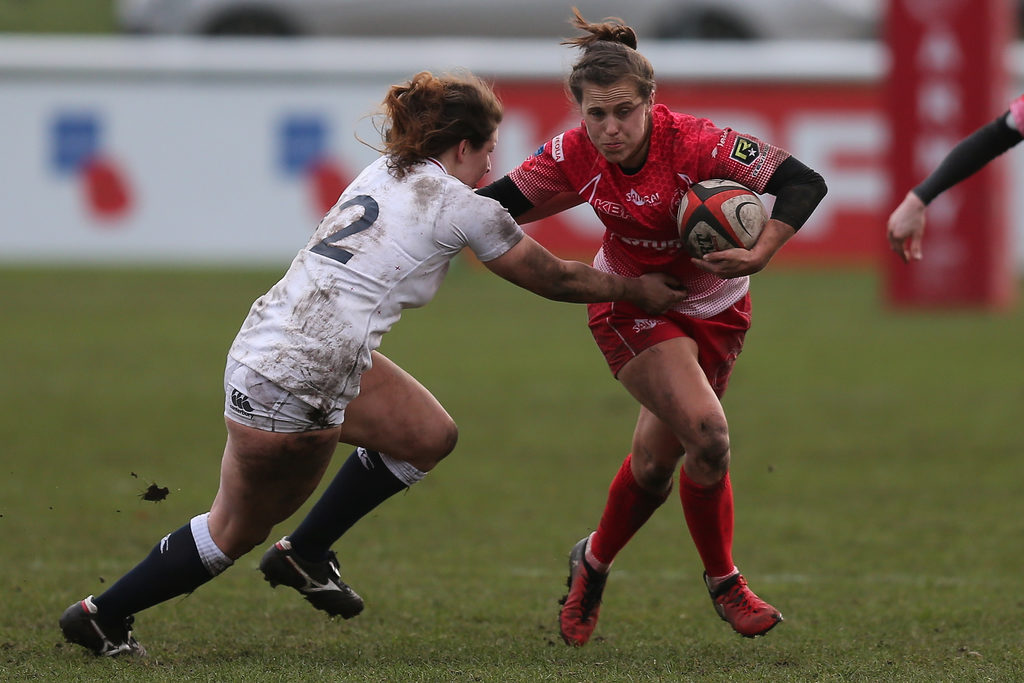 The Army had clearly had a talking to at half time from head coach Major Gemma Stonebridge-Smith and were much more committed to their task. The introduction of Wales International Capt Gemma Rowlands (RA) brought structure to assist Cpl Lou Dodds (QARANC) who was showing why she is a regular in the Wasps back line. The REDs deservedly got on the score sheet when Army hooker Sgt Sarah Mimnagh (AGC RMP) intercepted an England pass to run 40 metres beating the chasing England defence. England only managed to score once themselves in the much more balanced second half. Congratulations must go to LCpl Ellie Gattlin (Int Corps) who was presented with her 25th Cap by Lieutenant General Sir John Lorimer KCB DSO MBE, President of the Army Rugby Union, an outstanding achievement.
Final score England U20 33 – Army 5.
Just as the teams were reunited with their families the Women’s A Team ran out to face the German National Team. This fixture has also become an annual match, with all previous games having been played in Germany. 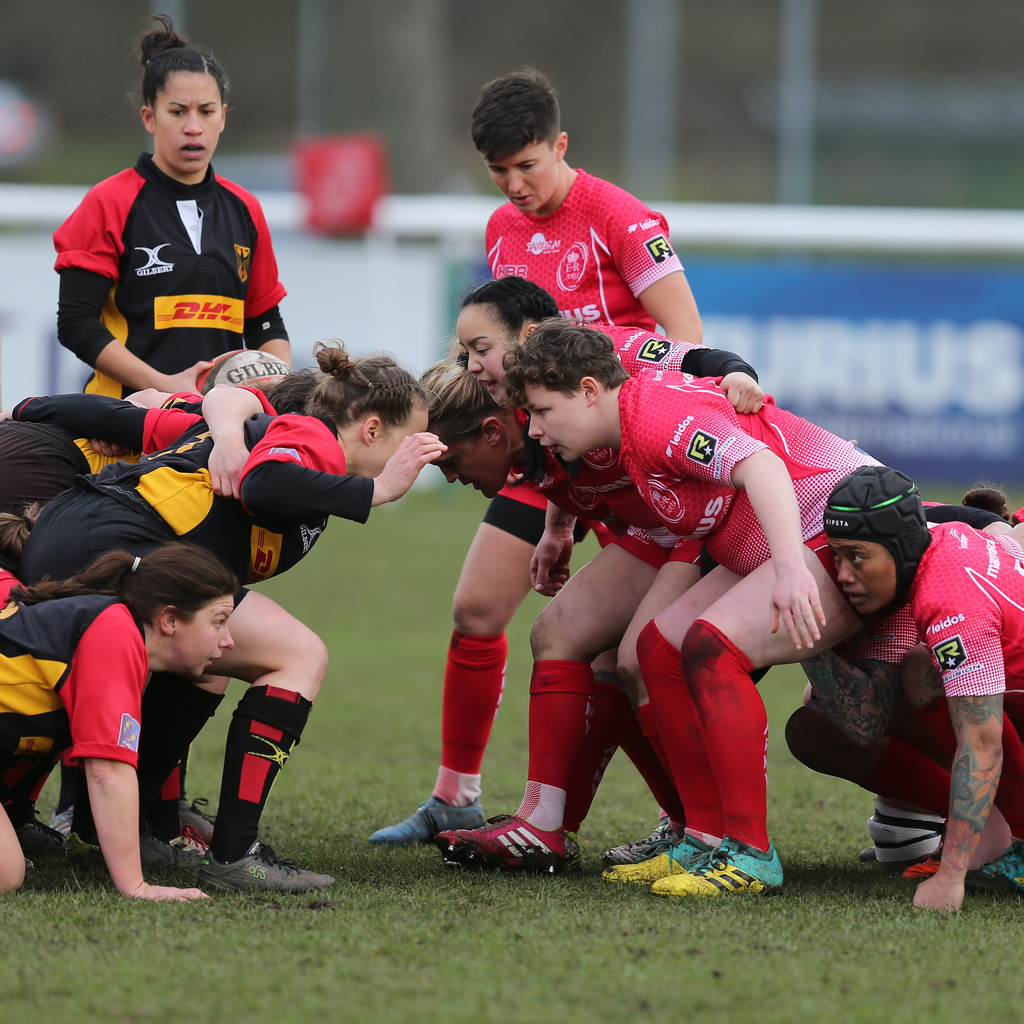 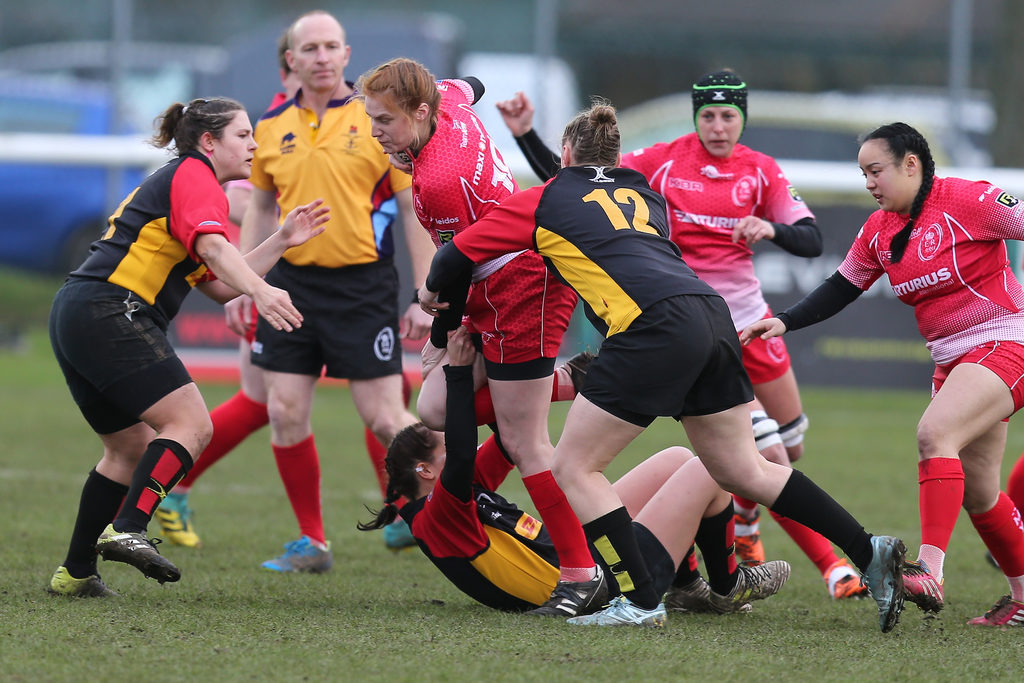 The Germans had travelled to the UK and clearly meant business; they had a mixture of strong running forwards and electric backs, many with International 7s experience, the Women’s A Team didn’t let their heads drop and crossed the white wash late in the second half for their only points; however the gap between the two teams was clear to see, sharp slick interplay between backs and forwards was a real pleasure to watch from Germany, clearly a fixture that needs to revert to the senior Army Women.
Final score – Women A – 5 Germany 78.