Ex Sandy Sevens Fusiliers took 13 soldiers and officers from 2 SCOTS to the Dubai Rugby 7s International Invitational Competition 2016. The tour was a new and exciting experience for all involved and an excellent team development opportunity for the upcoming Rugby 7s season in early 2017.
The tour took place from the 29th of November to the 6th of December 2016; a welcome break for some winter sunshine after 2 weeks on exercise in Otterburn! The first day consisted of a final training session on Dubai Marina followed by a big team meal before 3 days of tough rugby in over 32 Degrees Centigrade. Day 1 of the competition consisted of 2 pool games resulting in 2 wins for 2 SCOTS! Day 2 was the third and final pool match, which
resulted in a 23-10 victory for us! By finishing top of our pool the team qualified for the top (trophy) competition amongst some other very tough teams. On the last day of the competition the quarter-final proved very challenging; after a rapid exchange of tries and hard tackles unfortunately 2 SCOTS were out the tournament.
Although disappointed not to be taking home some silverware, the team kilted up and went out to support the parent nations of our team members; Scotland, South Africa and Fiji! The nail biting final of South Africa V Fiji saw South Africa take the IRB trophy.
On the final day of the tour the team made best use of the sunshine and took a day trip to the desert for some dune bashing and sand-boarding to unwind before heading back to Glencorse.
The team heads home with heads held high and a well formed squad ready for the next challenge. We all thank the support from Army Sports Lottery, RHQ SCOTS, 2 SCOTS PRI, Blair Anderson Ltd and Army Community Rugby for making this tour financially manageable for all involved. 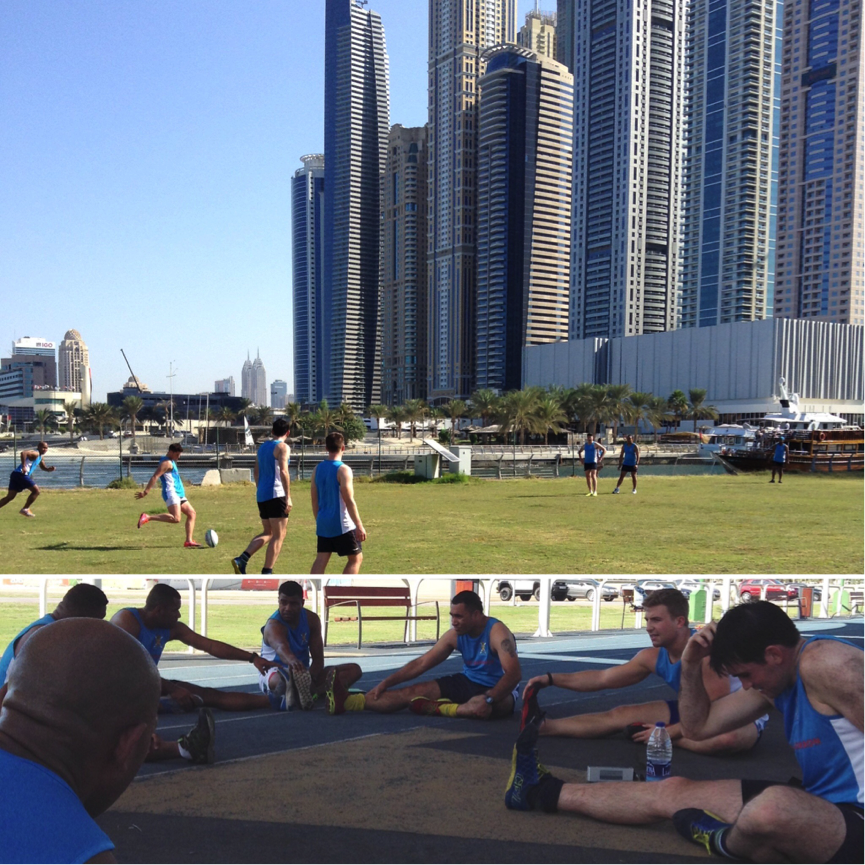 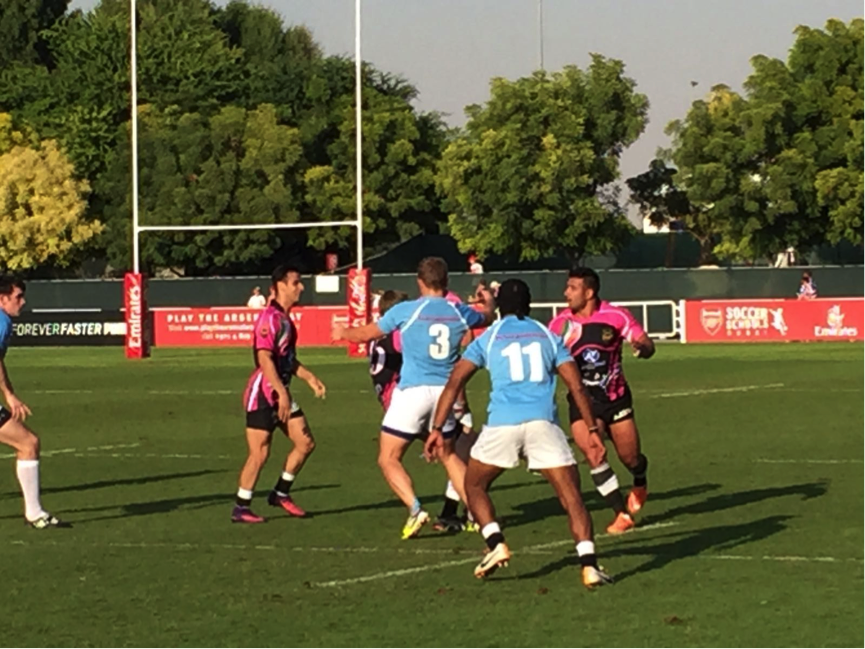 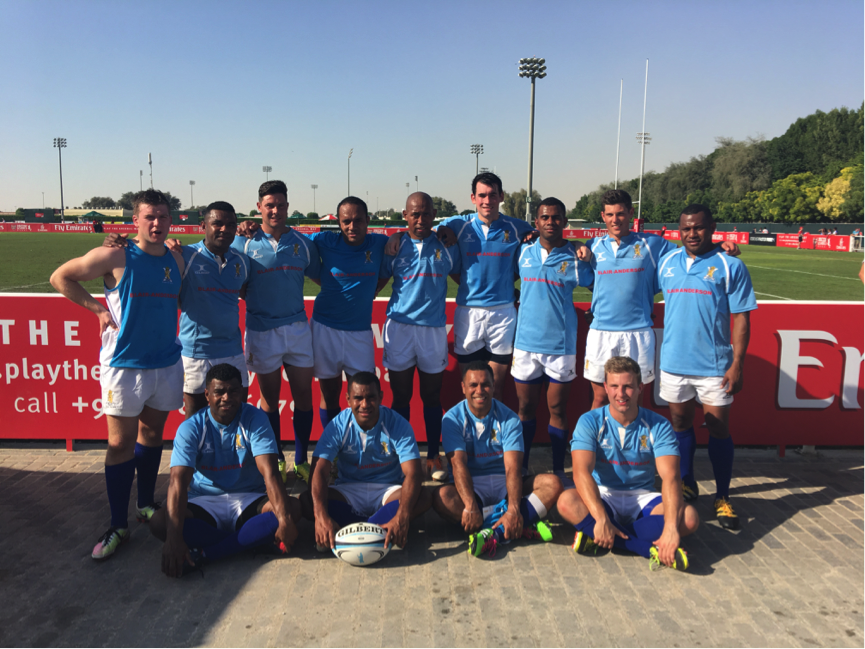 Team Photo after the final match[/caption] 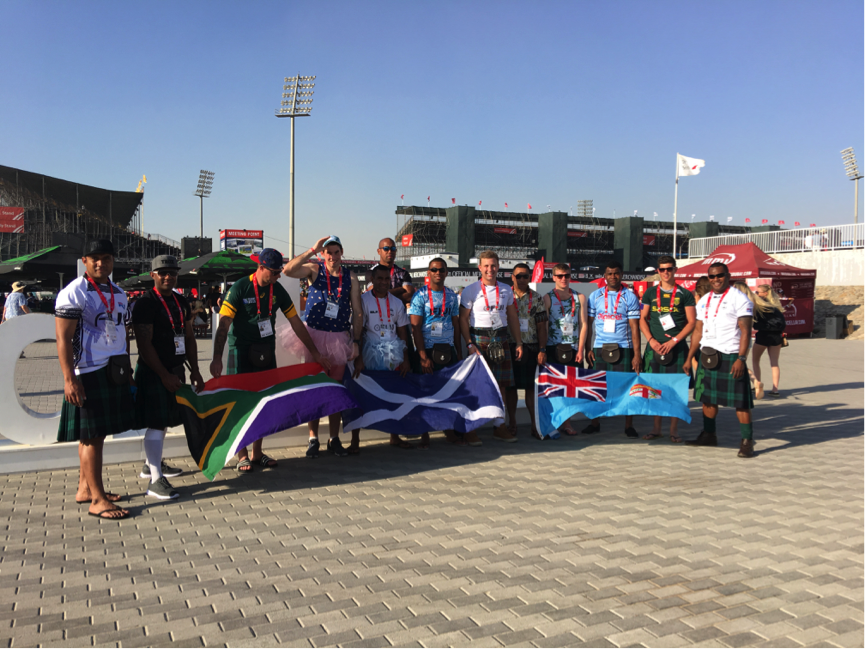 Ready to go watch the International games. (Spot who forgot their kilts!)[/caption] 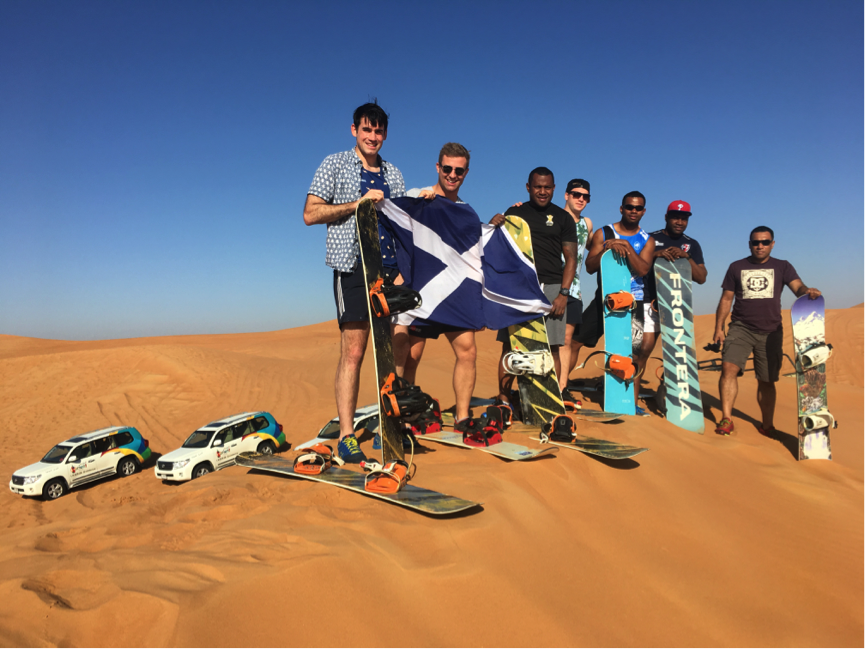