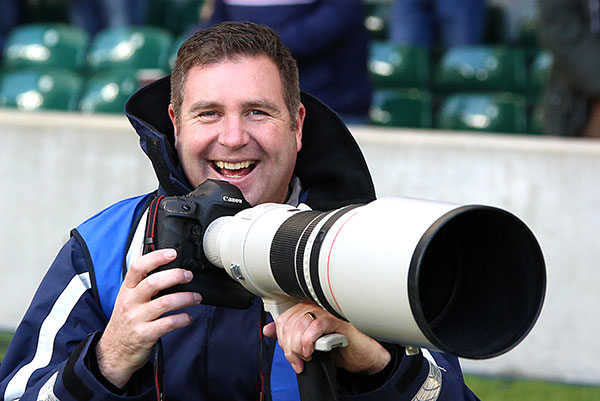 Photographer Graeme Main who has supported Army rugby for over 20 years with great pictures in the military and civilian media has been awarded the MBE in the Queen’s New Year’s Honours List. In those 20 years Graeme has hardly missed an Army match, men and women, Corps or Regimental final and then only because he was hiking his camera around the World’s military hot spots. He has landed in Camp Bastion and Iraq to enter the battle zone more times than most. We hope this greatly deserved recognition will be just another stepping stone in his illustrious career. Graeme is at his best when the conditions are at their worst and we sincerely hope that he will be with us in the fogs and rains of the 2019 season ending at Twickenham on 4 May.