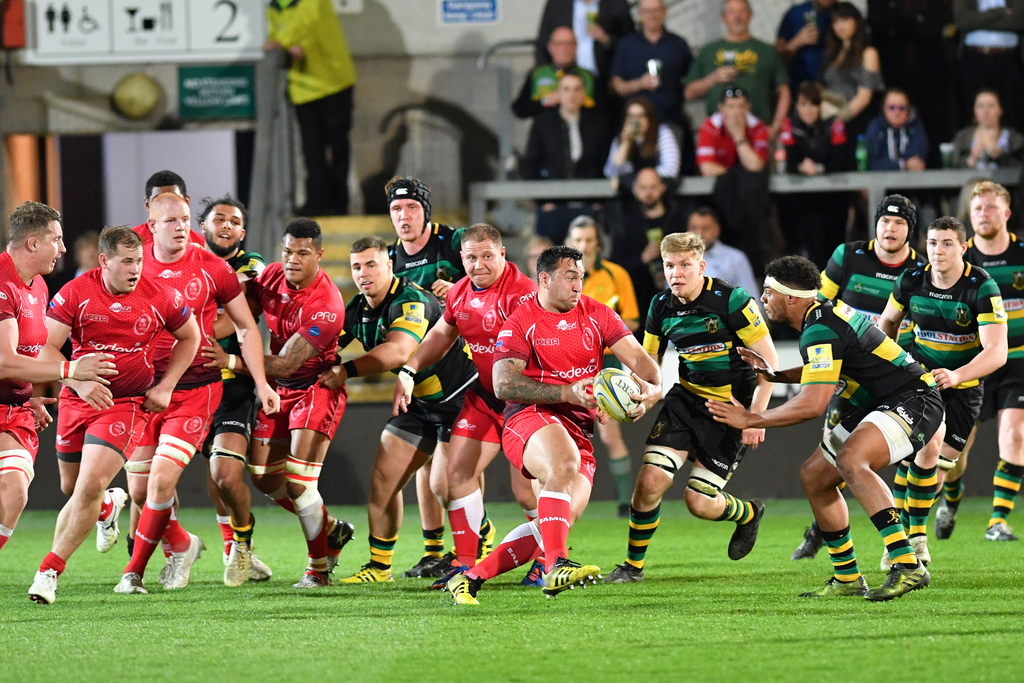 Northampton Saints emerged from a thrilling Mobbs Memorial Match with victory, as they scored eight tries to the British Army’s three to win 54-21 at Franklin’s Gardens.
Over 2,000 people in attendance were treated to a keenly contested battle, with 75 points combined after both sides paid their respects to Saints’ fallen servicemen before a ball was kicked. 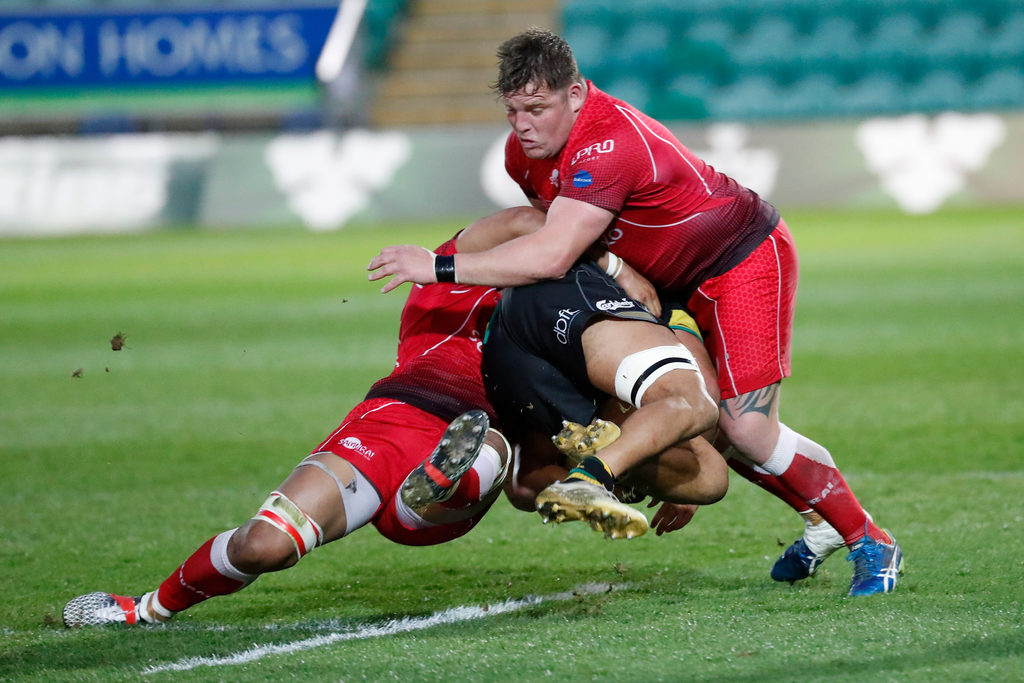 And on a night celebrating the Club’s proud military history, it was Northampton’s next generation that came to the fore with 20 of the 24 players involved progressing through the Saints Academy.
Saints piled on the pressure at the beginning of the match, looking to break the deadlock in the early stages with the side coming just metres short of the tryline, however the Army defended exceptionally to work their way back up the field. 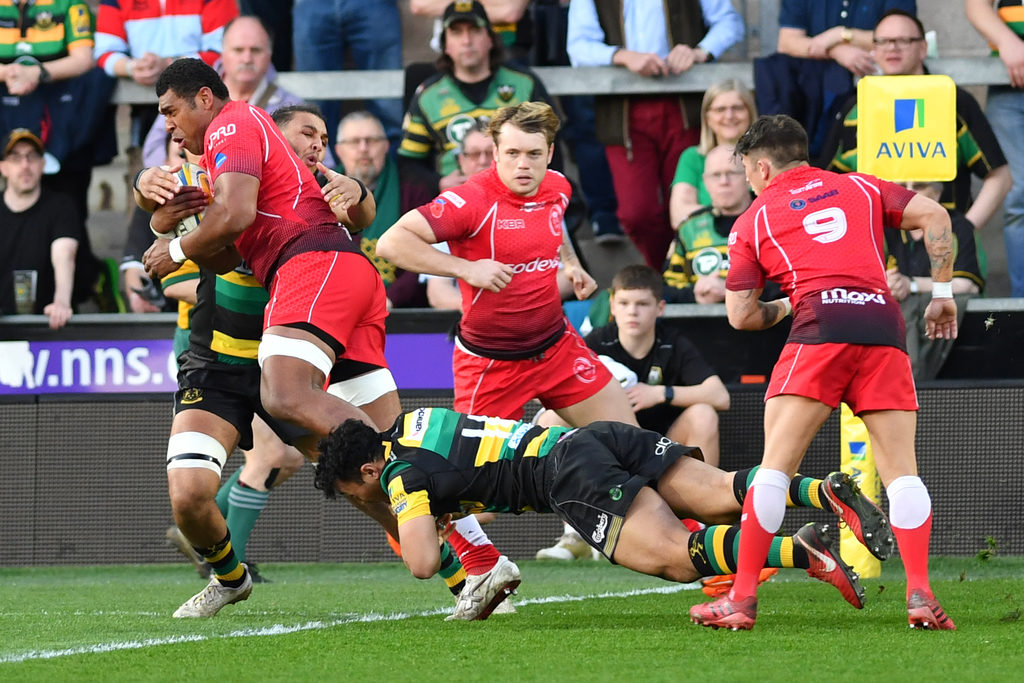 But with 15 minutes gone on the clock, it was Jamie Elliott who got on the scoreboard first for the home side, dotting down by the corner flag from a well-worked attack – James Grayson added the extras.
The hunt was on for try number two, as Tom Stephenson danced through the defenders to work towards the posts, but Grayson’s punt forwards was collected well by the Army back row and cleared out of their 22 by Corporal Evans. 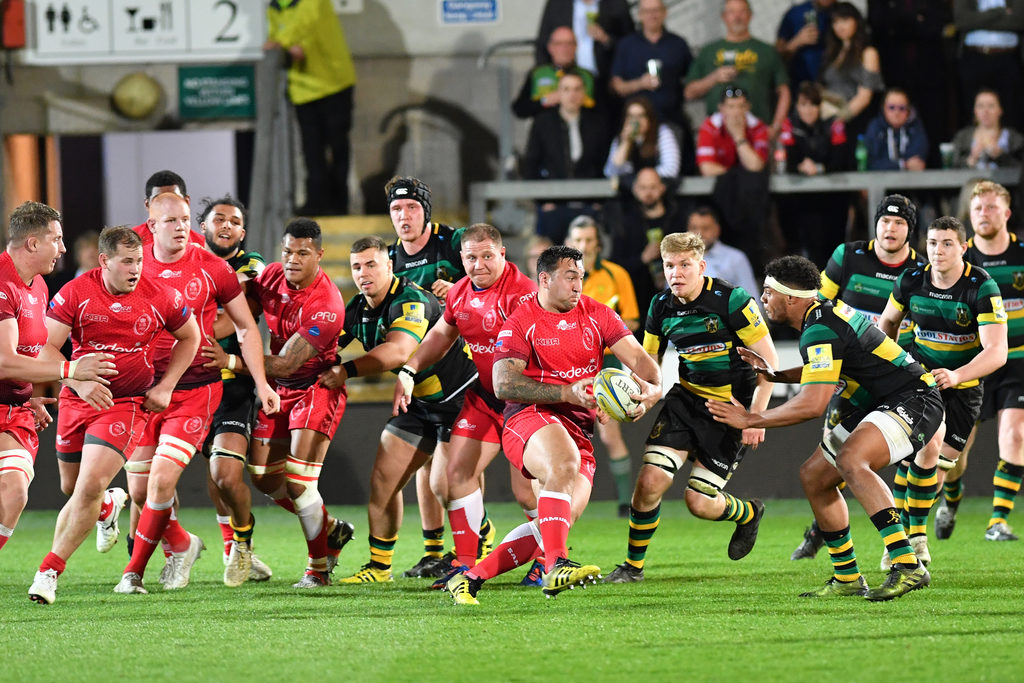 Lewis Ludlam then trucked the ball into Army territory and beat the defenders for the successful pass to Will Allman, who did the honours and scored the second for Saints, giving the home side a 14-point lead on the half-hour mark.
Tom Kessell was next to cross the whitewash; when the ball popped out of the maul just metres from the line, the scrum-half capitalised with the Army caught off guard, giving Northampton their second score in just five minutes. 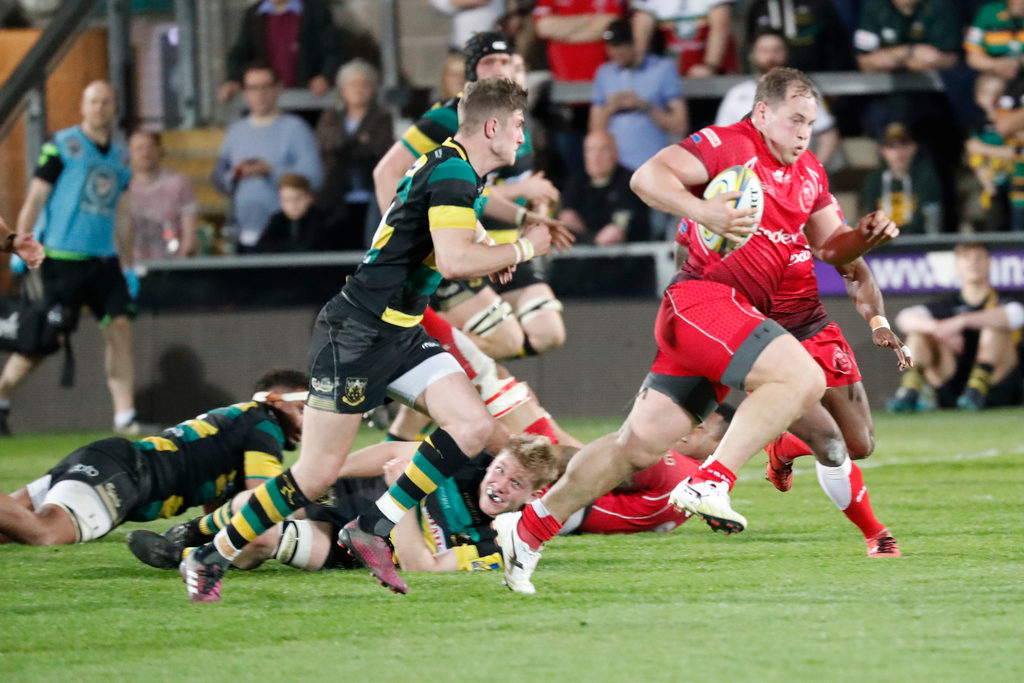 And Grayson closed a fine half for the hosts by running a fantastic line to cut through the Army backs and notch up five more points for Saints, taking his tally on the night to 11.
Will Allman scored his second try in what was the perfect restart for Saints, scoring less than 45 seconds into the second period with superb ball-carrying and a good shove on two Army defenders; Joe Wallace then soon replaced him to make his debut in Black, Green and Gold.
The British Army scored their first try of the match when Gunner Nayolo crossed under the sticks after an aggressive maul beat the Saints defence, but the home side retaliated instantly, with Tom Emery stepping on the gas and dashing for the line. 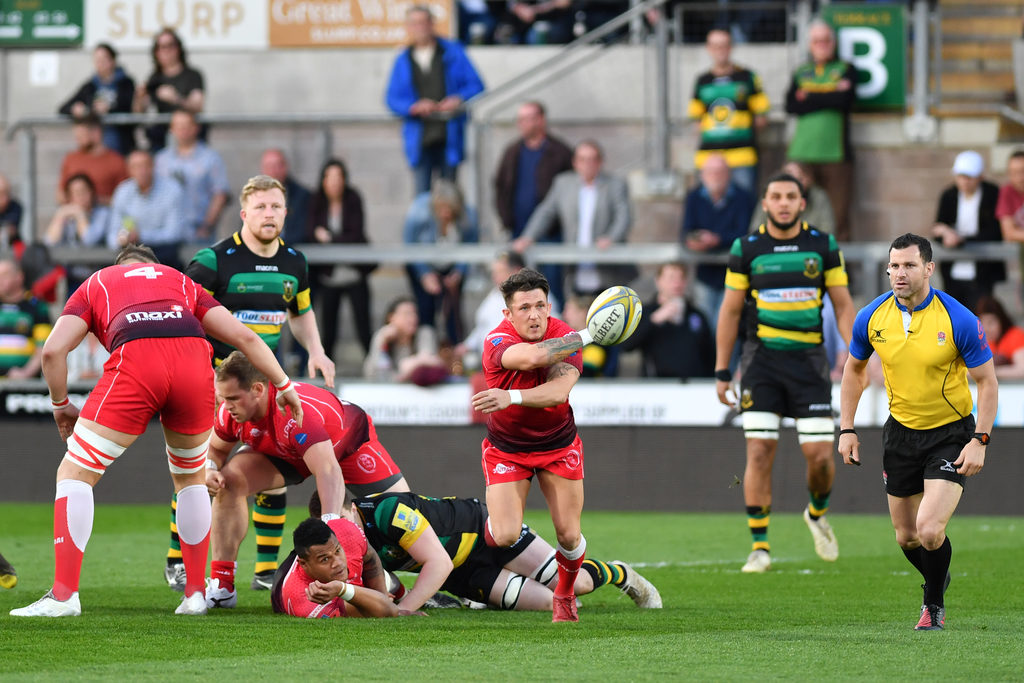 The Army doubled their points tally with another score in similar fashion, with Bombardier Austin being bundled over at the other end to close Saints’ lead down with the final quarter fast approaching.
Kessell came close to a second try, with a superb run side-stepping several Army players, but was just tackled into touch in the corner in a fine defensive effort by the away team, but the Northampton attack was ruthless as they hunted for a seventh.
That came from another debutant in Ollie Sleightholme with the try of the night; Grayson’s crossfield kick was read superbly and caught by No.8 Lewis Ludlam, who managed to leap for the ball on the touchline and slam it down to Sleightholme for the try in a stellar effort by Saints. 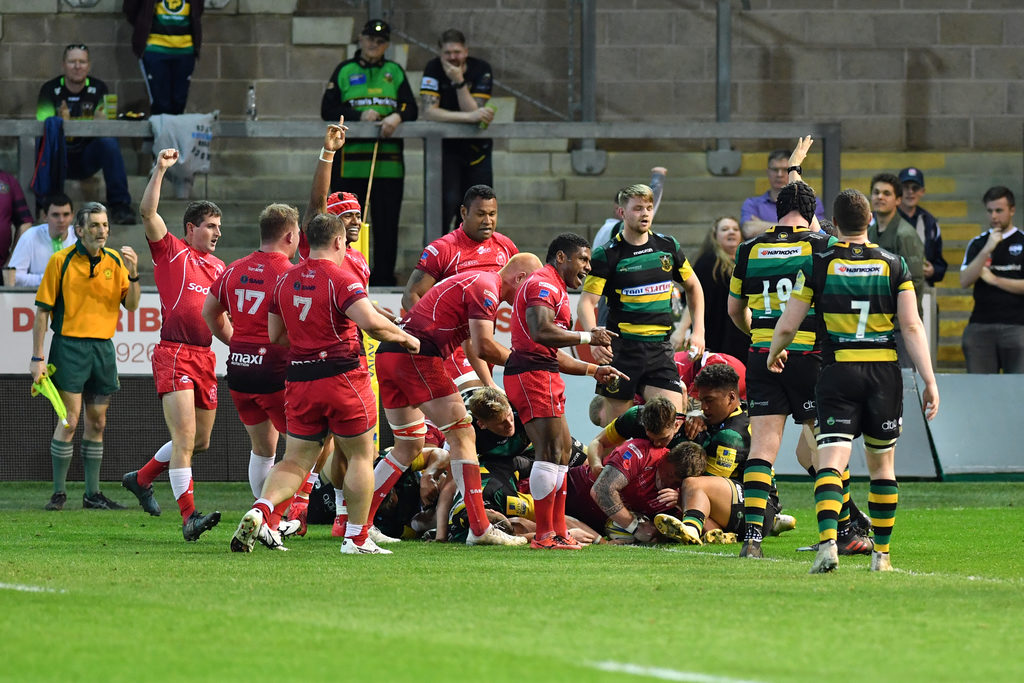 Nafi Tuitavake made a phenomenal run down the left flank, as his 60-metre dash for the line earned Saints an eighth score of the night, with Grayson’s extras taking the score to 54-14.
The Army had the final say of the night though, with Bombardier Austin scoring his second try of the night to a rapturous cheer from the fans, as the big shove in the corner did the trick against the Saints, bringing the game to a close.
For more images please visit – http://armyrugbyimages.com/product-category/senior-xv/2018-mobbs-memorial-match/