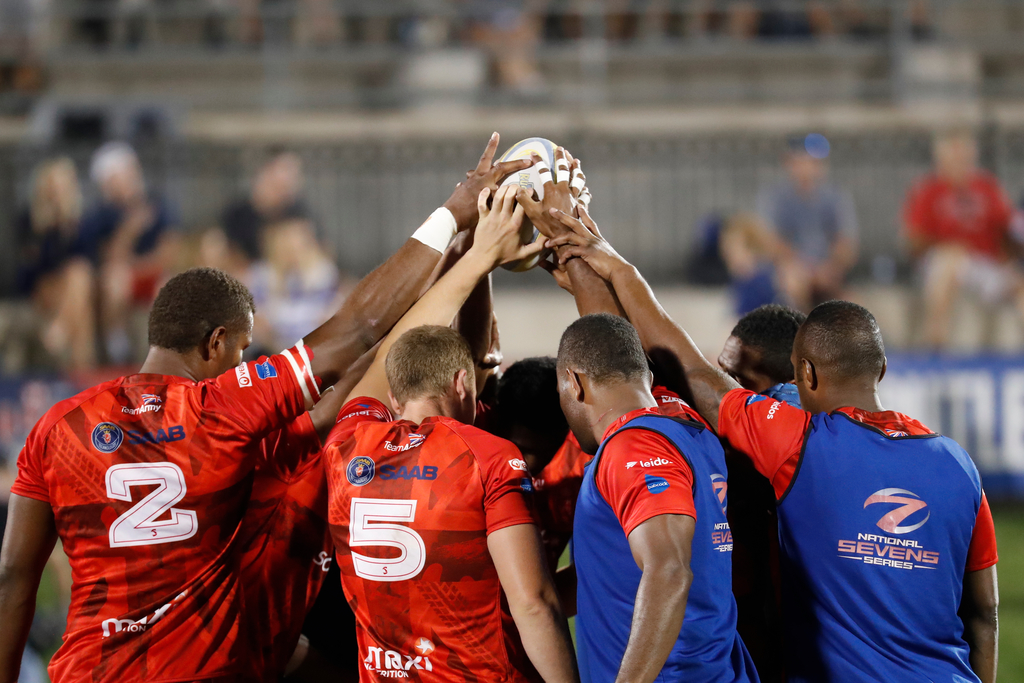 The Army 7s team have a past with notable landmark achievements written into the history books, Middlesex 7s winners; beating England at Sevens in the City, going a complete season in 2012 without losing a single match and winning the Denver 7s; the latter probably just eclipsing the Middlesex win, however, what has been noticeable in recent years is that 7s Rugby has grown massively; not just in the UK but especially in the USA and is now seen and the ‘priority Rugby sport’ to develop with ex England International Mike Friday heading the USA Eagles into the World Rugby Series for the last few years. 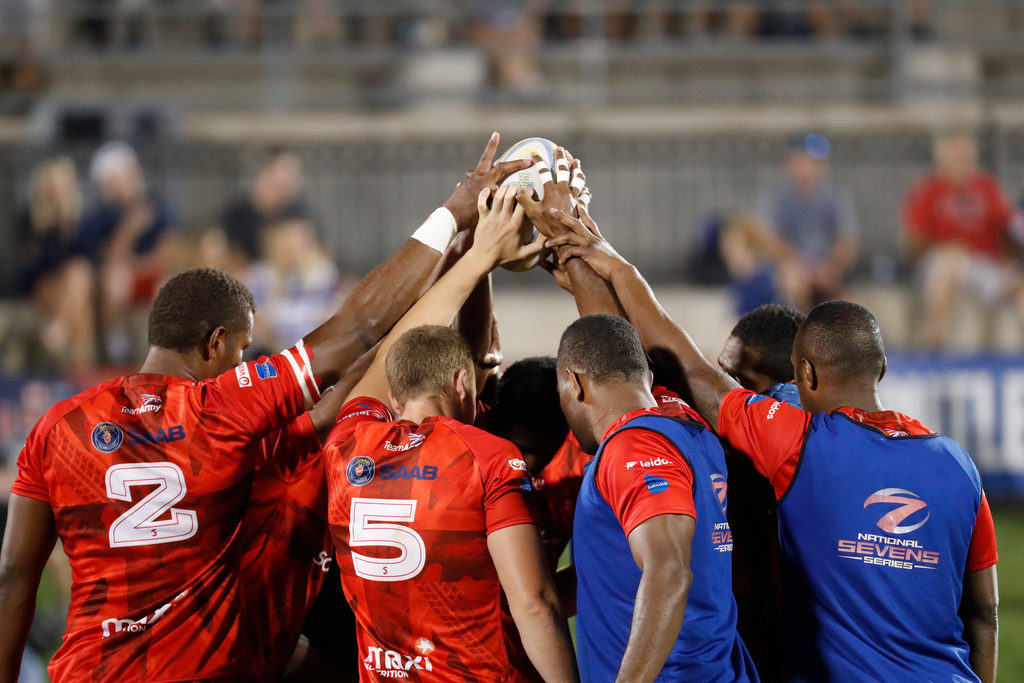 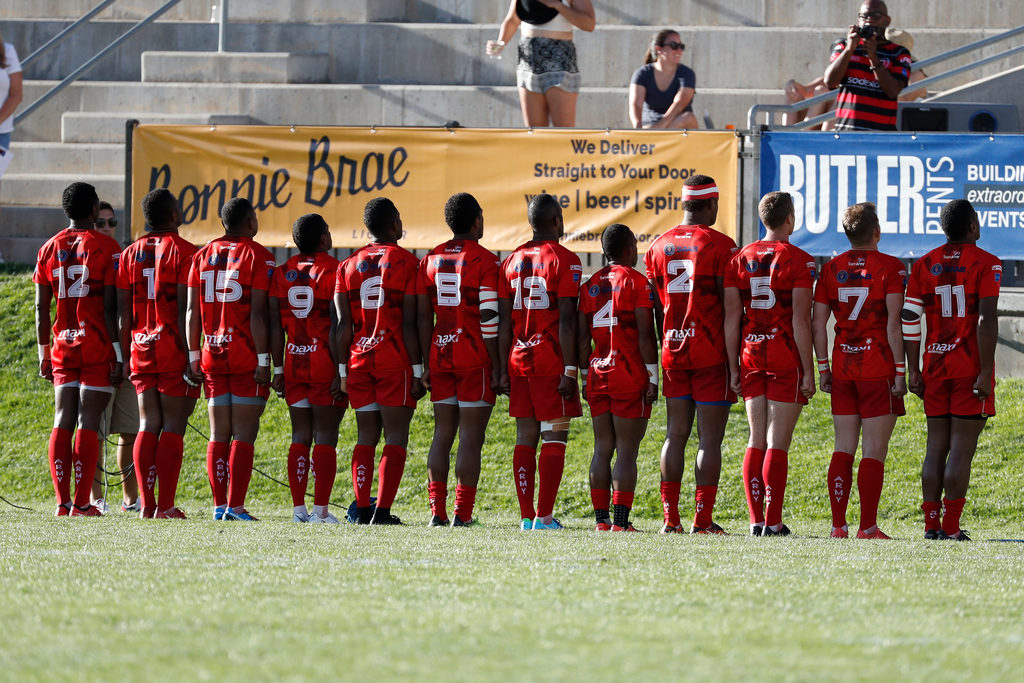 This year’s Army 7s team have had a mixed season; runners-up in the GB Super Series, winning at Maidenhead and runners-up in Bury St Edmonds, however failing to get past the QF stages at Ealing and Chester, many wondered how far they would go as one of the invitational teams in the 2018 Denver Rugby Town International 7s. One of the key differences from the all-conquering 2012 REDs team is the vast increase in high-quality players the US is now growing, the fact they had put 3 strong teams forward for the 2018 competition in various guises proved they don’t take to visitors taking the silverware from their shores. Last year the Fijian 7s legend Serevi put together a Fijian squad that had 5 Olympic gold medallists who saw off the Army Reds in the semi-final and went on to claim the $10,000 prize money. 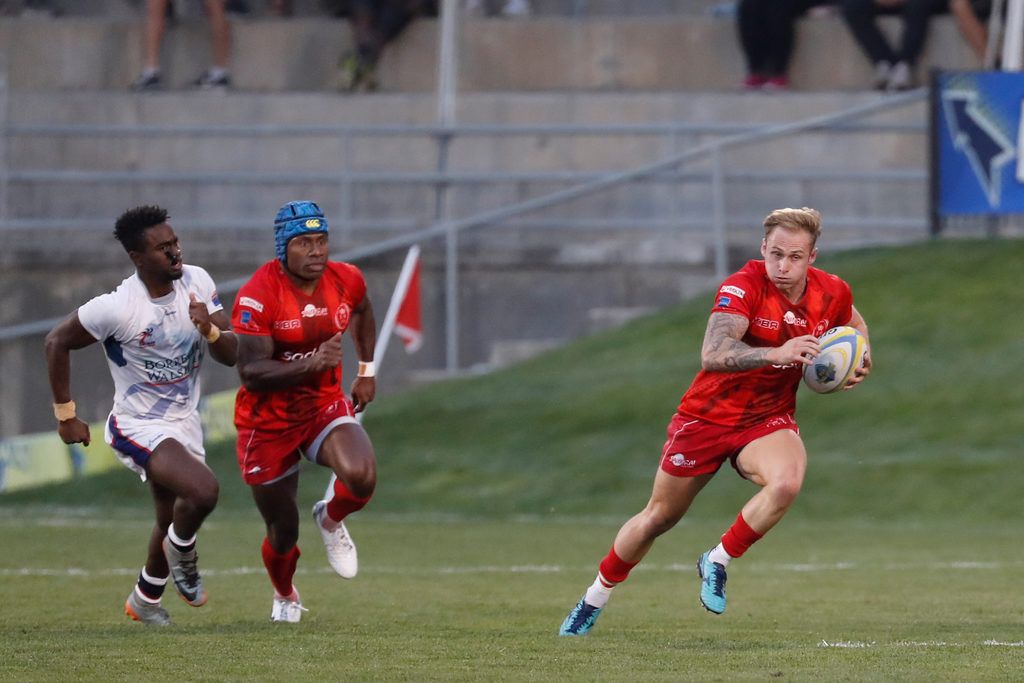 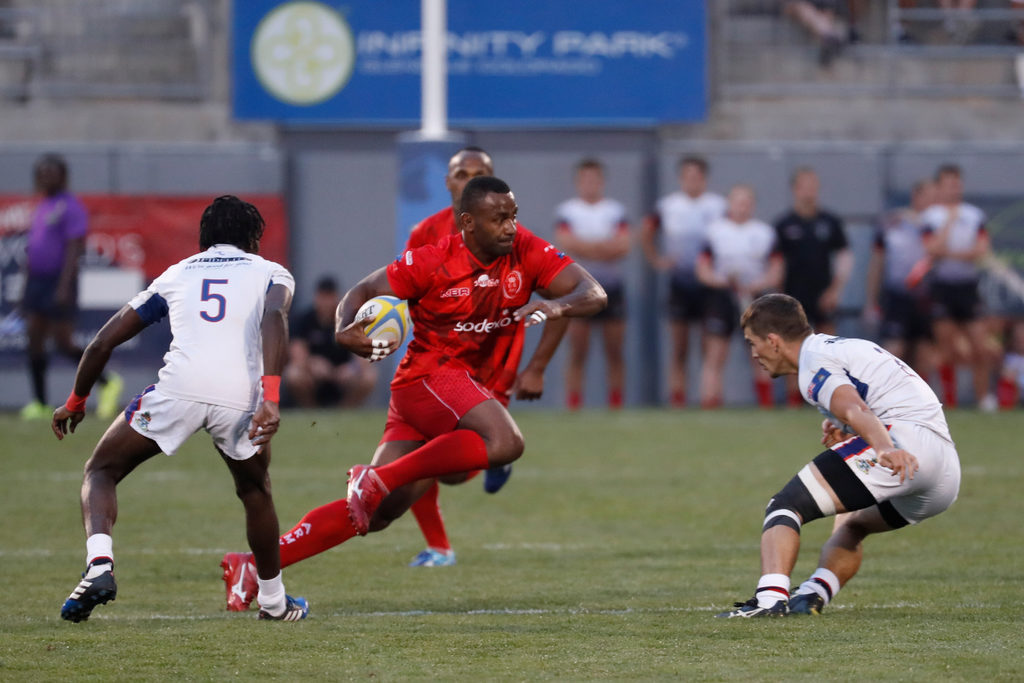 This competition has subdivisions within the main tier of the competition; the US military use it as their annual event and it’s clear to see the standard is much improved from a few years ago. The Army played three games on Friday, two on Saturday and the semi-final and final on the Sunday.
In Sunday’s Final the Army 7s beat tournament favourites Tigers Rugby 7 – 5 in a pulsating match, Tiger Rugby coached by 2017 World Rugby Sevens player of the year Perry Baker and star of the USA Eagles had a number of international stars in their side from Fiji, Samoa, South Africa and the US. Prior to the final Tiger Rugby had been unbeaten in the competition having defeated the Ramblin Jesters (another guest UK super 7s side) in a close semi-final which had a 45 minutes halftime due to lightning. 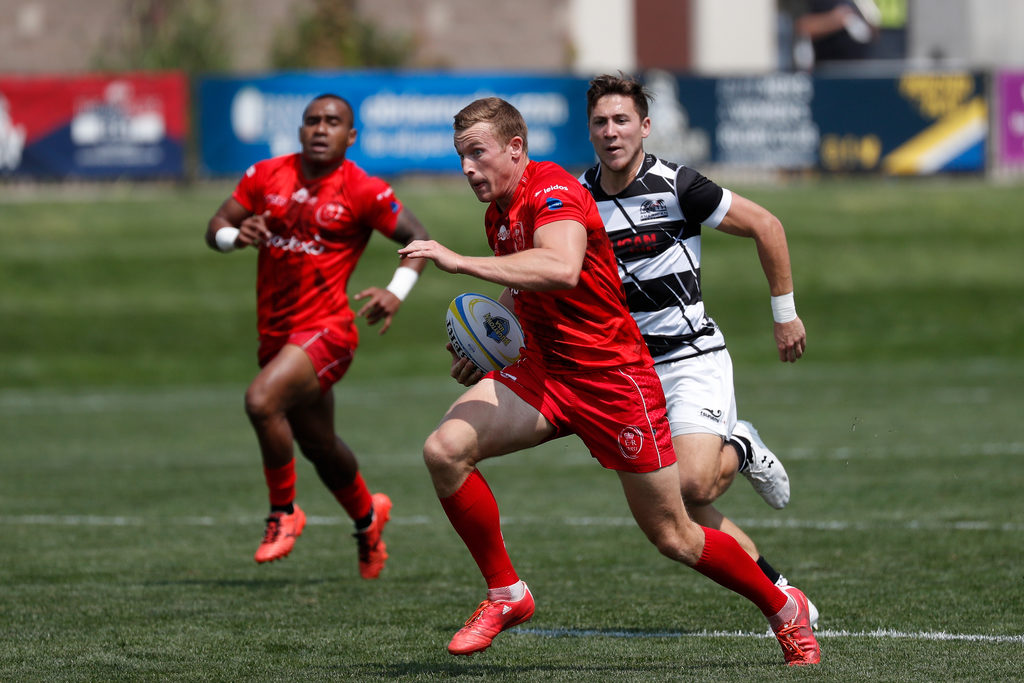 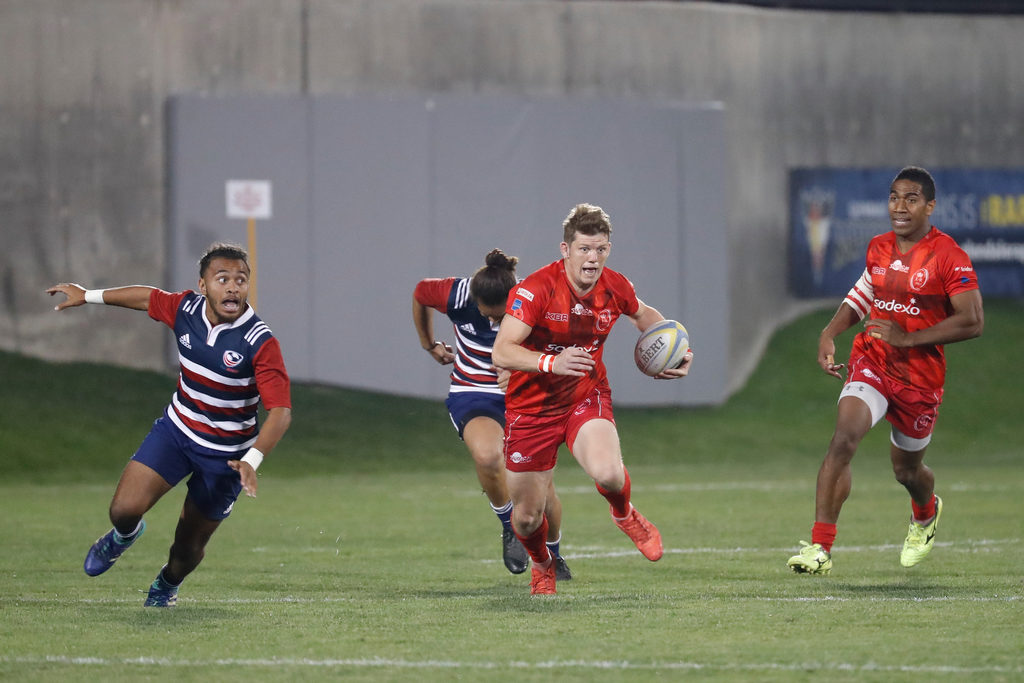 The Army 7s had been runners-up in their group having lost to the Ramblin Jesters but beat US Army 7s in the Quarter Final and USA Rugby All-Americans (their stars of the future) in the Semi Final.
The Final was a low scoring match dominated by the ferocity of the British Army defence, their intensity over the ball and their desire to work off the ball for each over was simply outstanding and clearly rattled the Tigers ‘all-star team’. Trailing at the interval 0-5 Army Coach Isoa Damudamu clearly refocused the team who scored a powerful score after 8 minutes and crucially kicked the conversion to lead by 2 points; that’s how it finished to the delight of everyone wearing and supporting the REDs, the team received the trophy from the Mayor of Glendale knowing they had taken some significant scalps over this most enduring weekend. Take a bow, enjoy the evening, turn to your right, salute, and have a safe flight home, back to green uniform on Wednesday, #soldiersfirst. 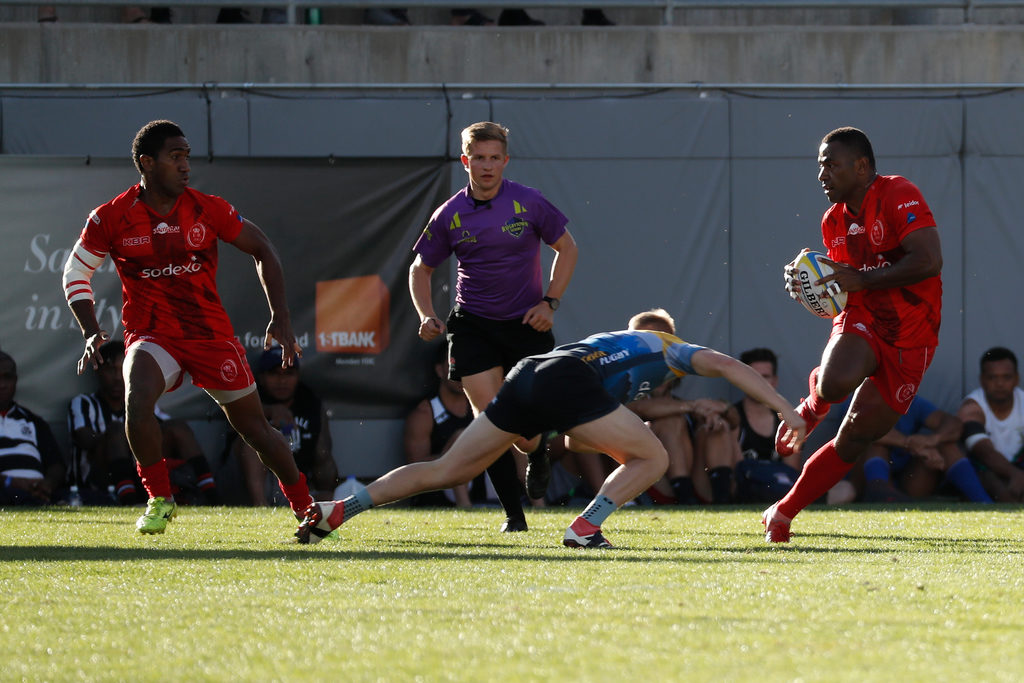 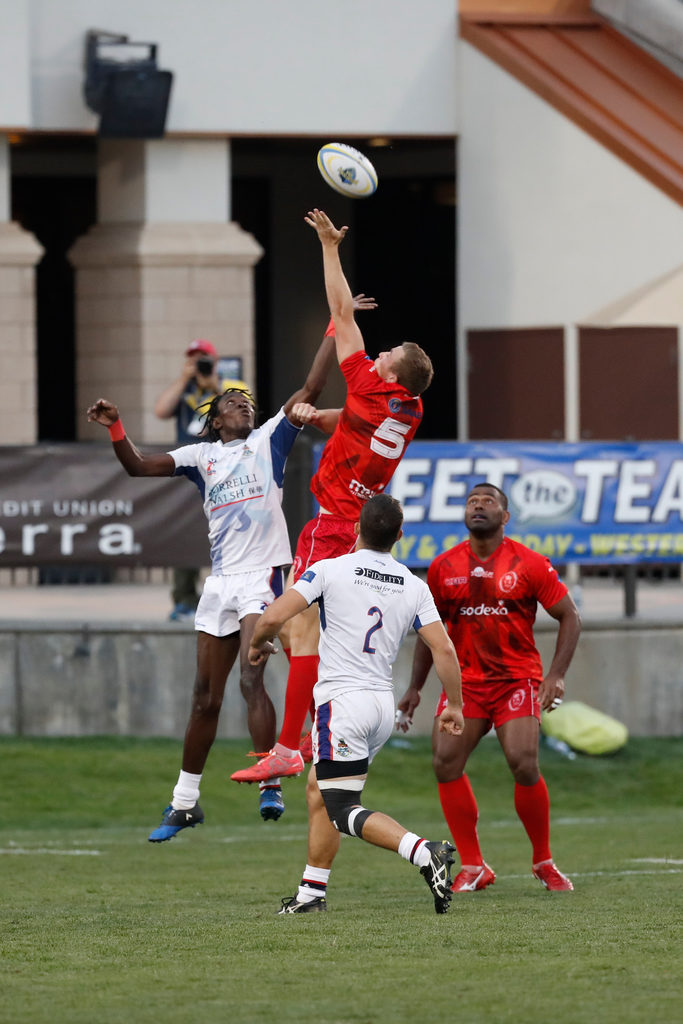