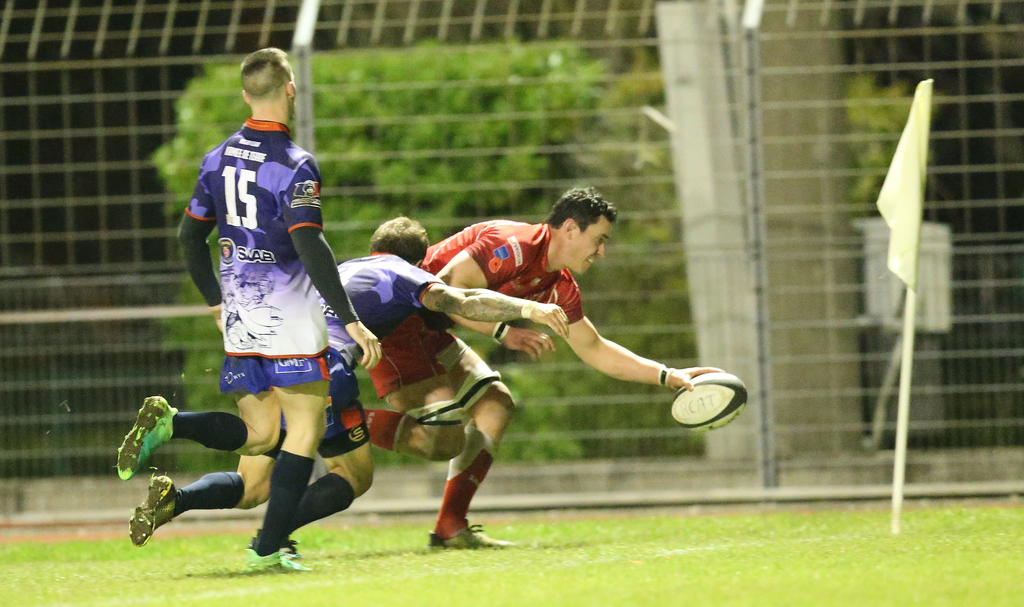 This is the fifth year that the Army senior team have met and played their French counterparts. This year the REDs travelled to the very impressive French Military Centre of Sport in Fontainebleau, an hour’s drive south of Paris for the annual ‘Le Crunch’ fixture. Head Coach Andy Sanger had selected a competitive team still shy of a few well-known names that you may expect to have found on the Team sheet, however are still on the rehabilitation trail, hopefully in time for the Inter Service training camp in Portugal that starts on Mon 19th March 18. 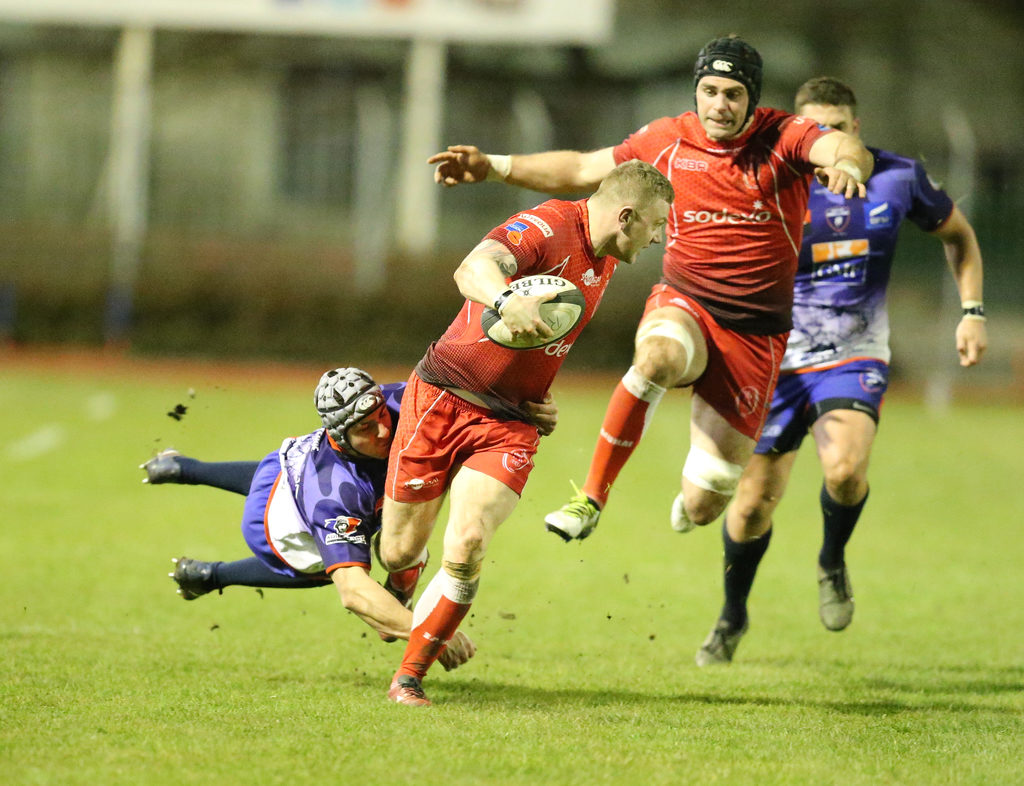 The match was played in Melun Stadium, some 30 minutes away; with a very partisan crowd who had gathered to ‘welcome’ the REDs and cheer on ‘le blue’. The French have been developing their Team over the last four years and it was clear from the opening exchanges that this was probably the strongest and most physical team they had gathered to play the REDs since the re inception of the fixture. 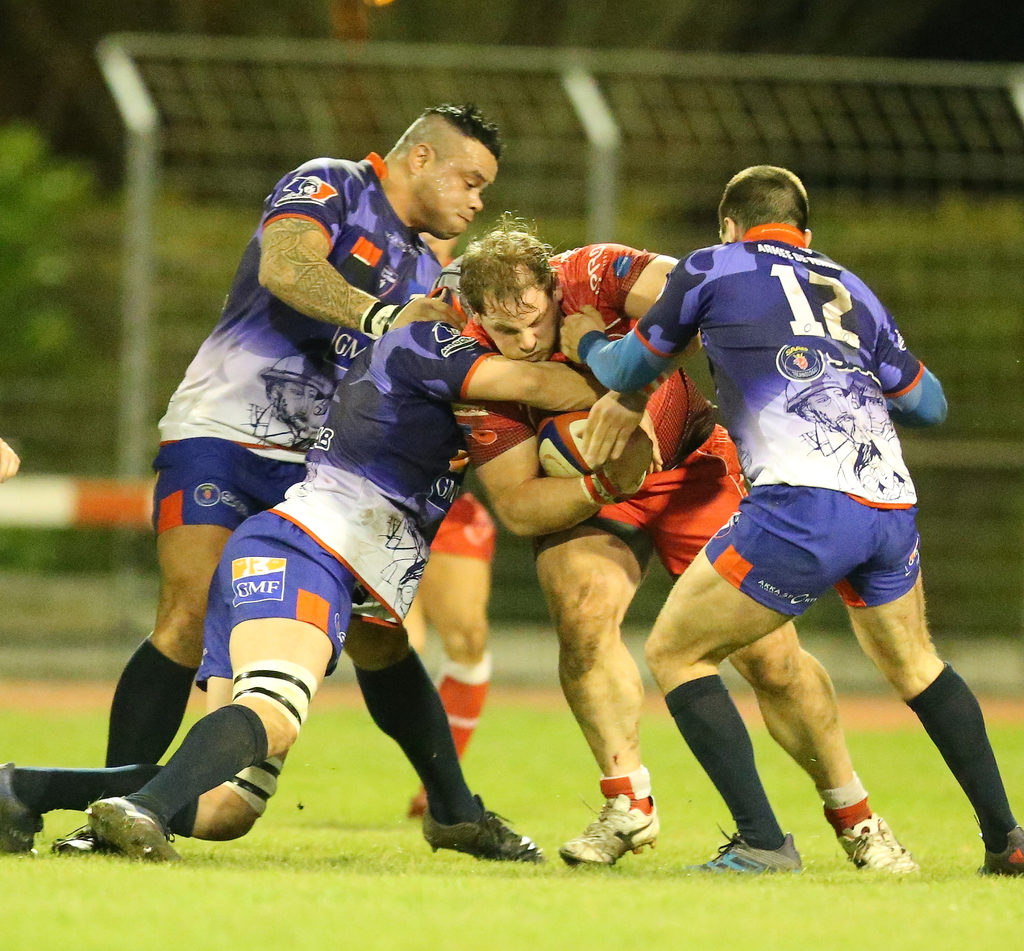 A couple of early exchanges with huge physicality and no score set the tone for the evening, after 3 minutes Cpl Evans (R Welsh) finished off a well worked move to touch down in the corner and with skipper Cpl James Dixon converting the REDs lead 7 – 0 ; ill-discipline soon had the French back to within a point with two well converted penalties. Coming up to the half hour Cpl Ross Parkins (RLC) won great line out ball on the French 22 mtr line and with the ball spun quickly to the far side of the pitch Pte Junior Bulumakau (Scots) crashed over in the corner – 12 – 6 to the REDs. Each team traded further penalties and headed into the tunnel at the half time break with the Army with their noses in front 18 – 9. 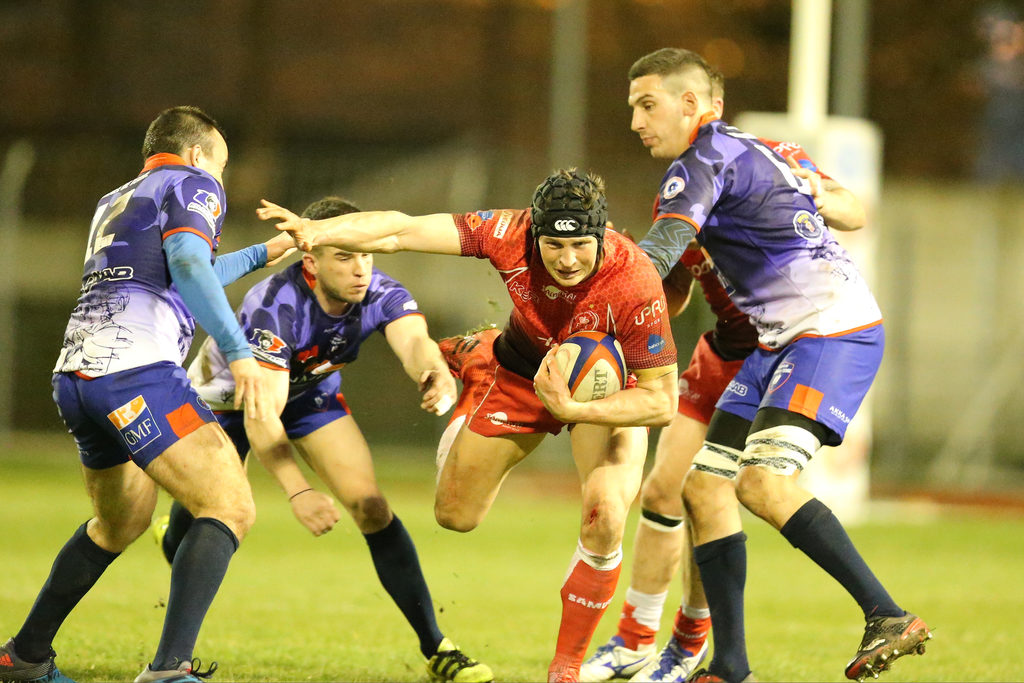 The physicality didn’t stop in the second forty, the REDs did well to retain their focus and after 15 minutes went over with another try in the corner, Dixon made the extras for a 25-12 lead, 3 minutes later Capt Stu Cross (Yorks) added another five points, Dixons kicking boots were performing well and the lead extended to 32 -12, five minutes later the Army backs were running the ball all over the field, speedster LBdr Eddy Edwards (RA) had the French defence looking at his shadow as he gathered the ball at pace on the French 10 mtr line and chipped through and collected his kick to touch down, with Cpl Steff Wilson (RE) adding the extras the Reds ran out worthy and deserved winners 46 – 12. Many thanks to our hosts, we look forward to welcoming them to the UK next February when England host the French. Next up for the Army senior XV is Russian Club champions Krasney Yar who we play in Portugal on Sat 24 Mar 18. 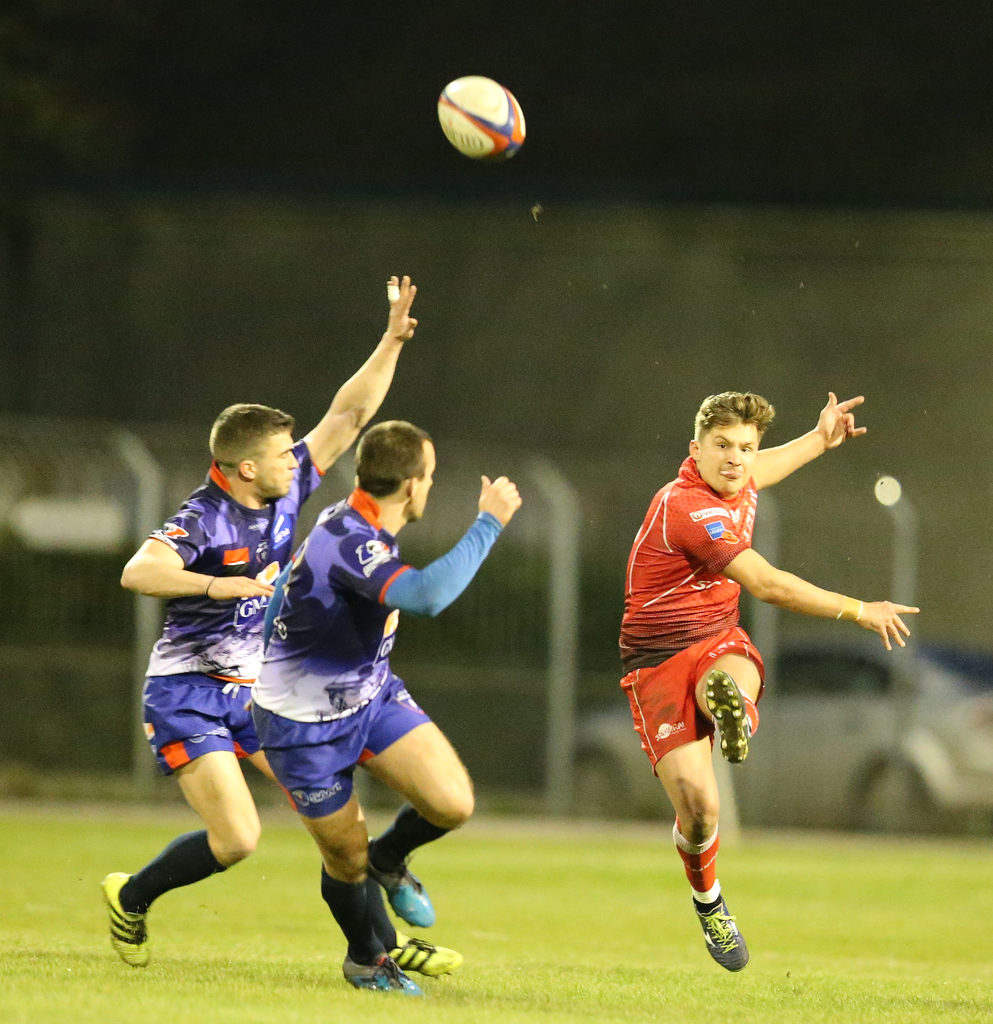 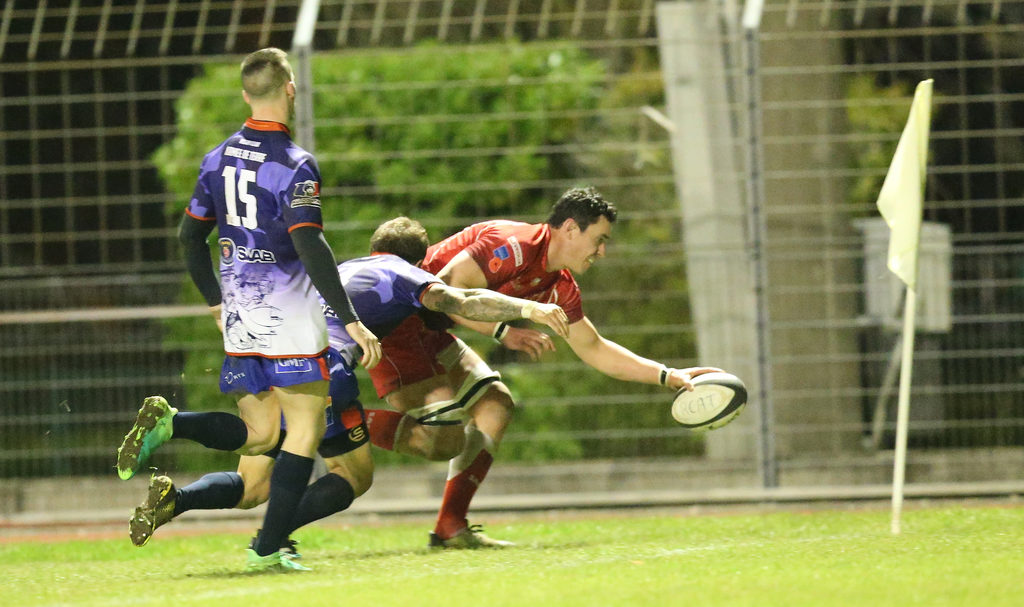 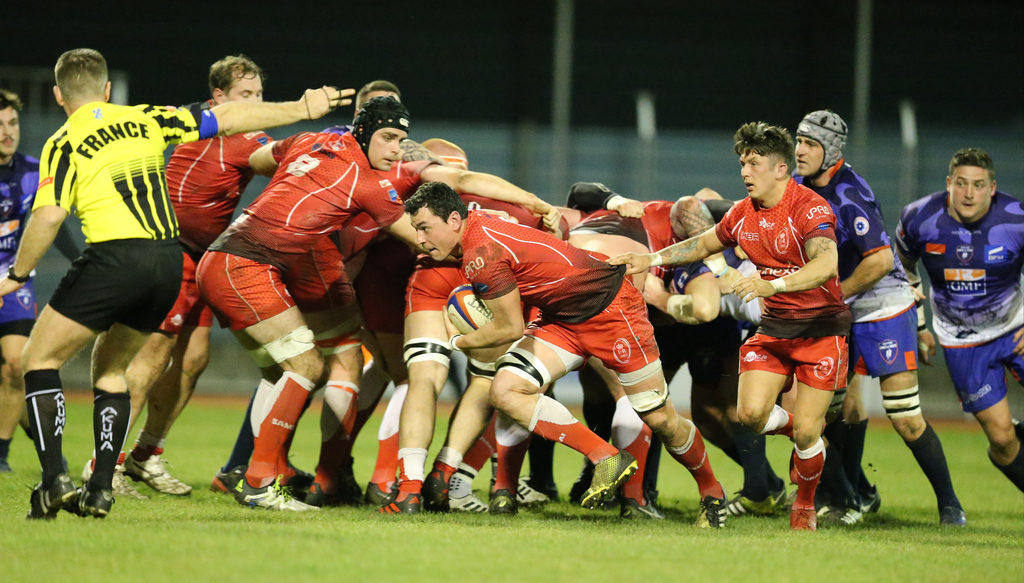