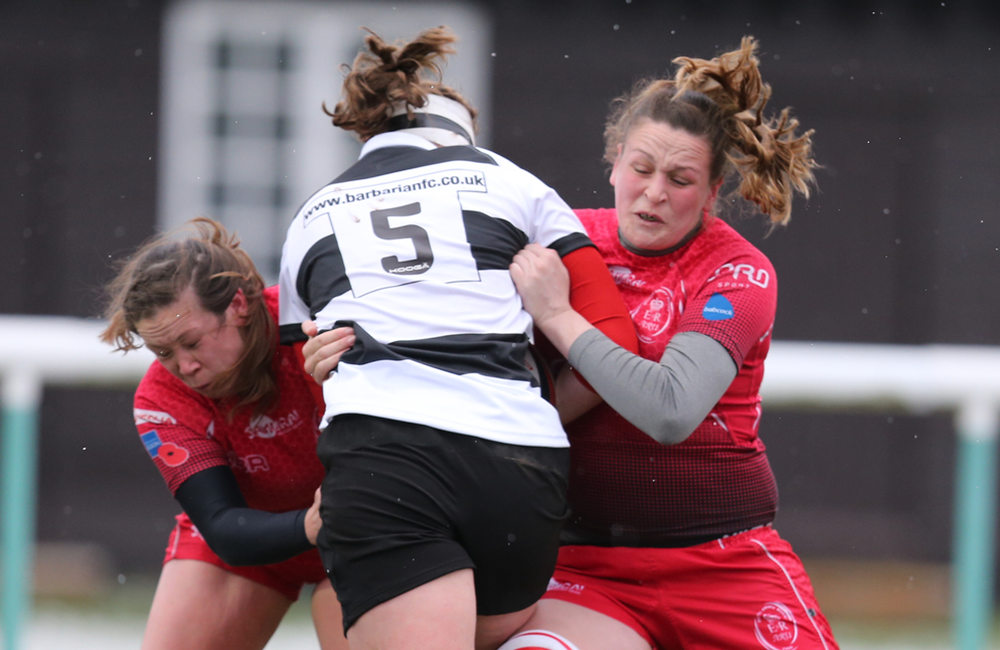 The Army Women’s Team were honoured to host the Barbarians Women at the Army Rugby Stadium in what was only the BaaBaas second ever game and their first on UK soil. The game looked in doubt as snow fell on the morning of the game, but the pitch held up well and the game was able to go ahead. 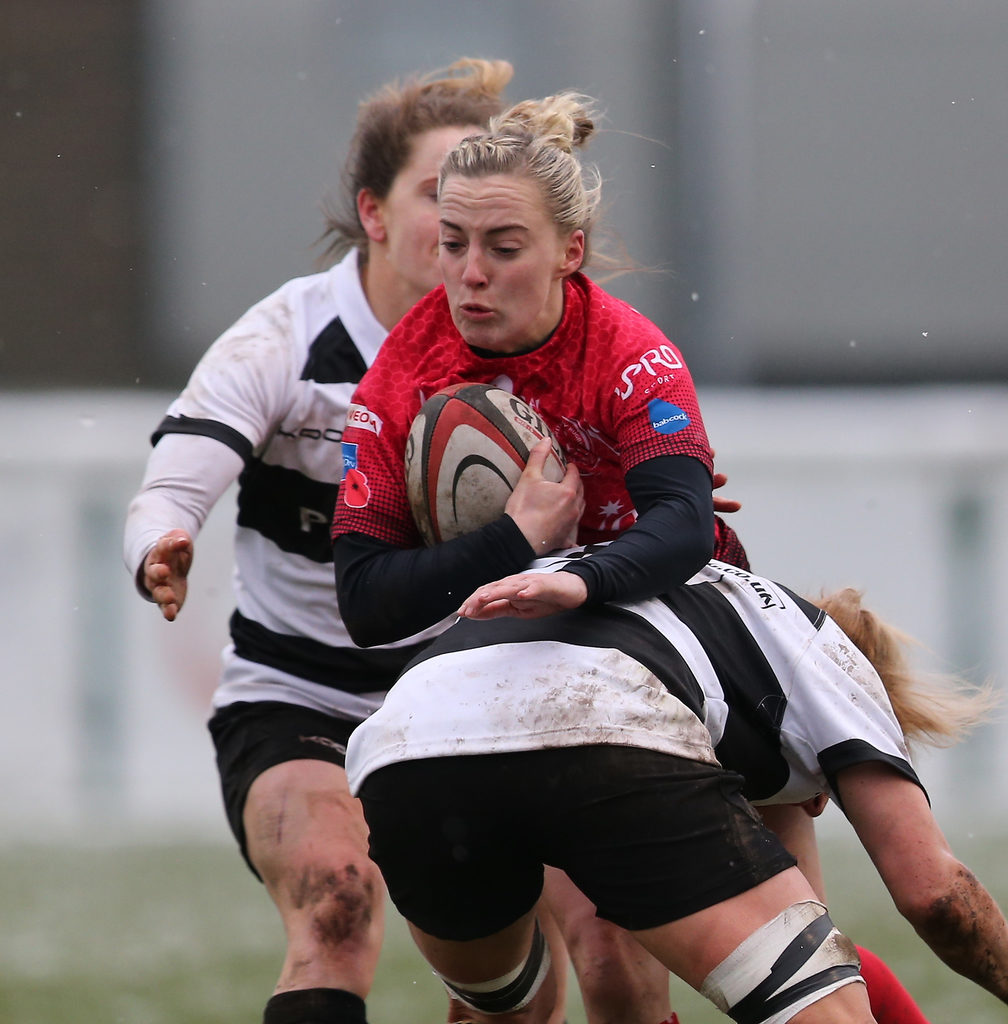 The BaaBaas had a squad boasting 585 International Caps, with representation for England, Scotland, Wales, Ireland, Spain, Germany, USA and New Zealand. Despite the bitterly cold weather their coach Giselle Mather, was keen that they should play a style of rugby that has become synonymous with The Barbarians. In the first half they did exactly that. 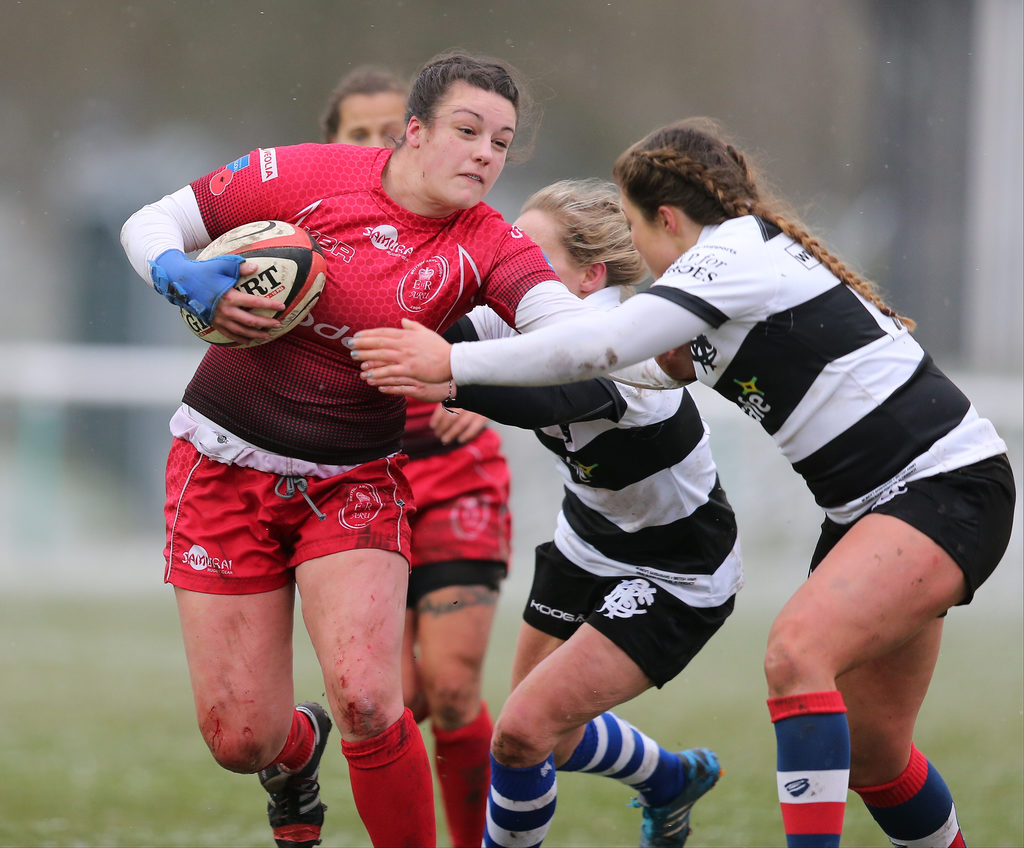 The BaaBaas laid out their stall from the very start and were rewarded as early as the second minute with a length of the field try that was fit to grace any International venue. Despite the Army applying consistent pressure the experienced and talented opposition were dangerous from all parts of the field. Every time the Army turned over the ball, the BaaBaas were ready to pounce. And pounce they did; 5 more times in the first half. The half time score being 0 – 32. 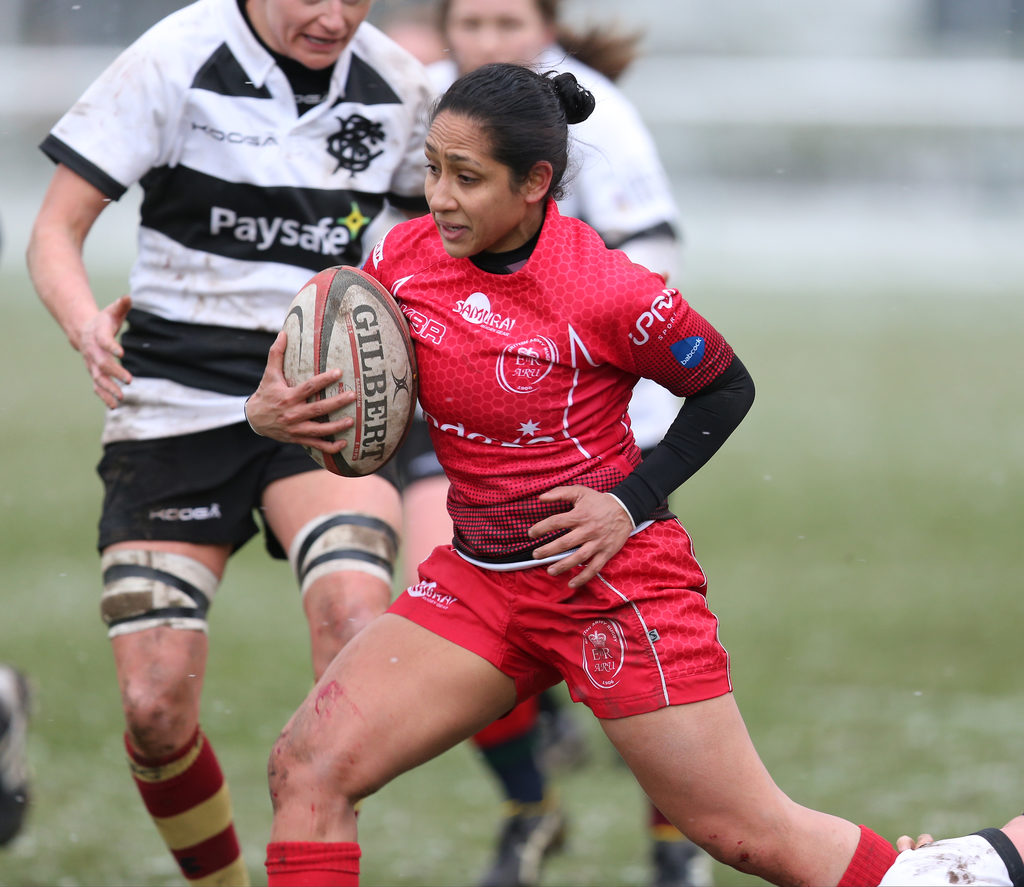 Whatever the Army Head Coach Capt Glyn Barraclough said at half time obviously did the trick. That along with some shrewd replacements made the second half a completely different affair. The BaaBaas did get another early break away try, but thereafter The Army had more purpose and controlled the break down much better. There was no further score in the half. Despite the Army having the upper hand for long periods, they just couldn’t break down the much more experienced and quicker BaaBaas defence. 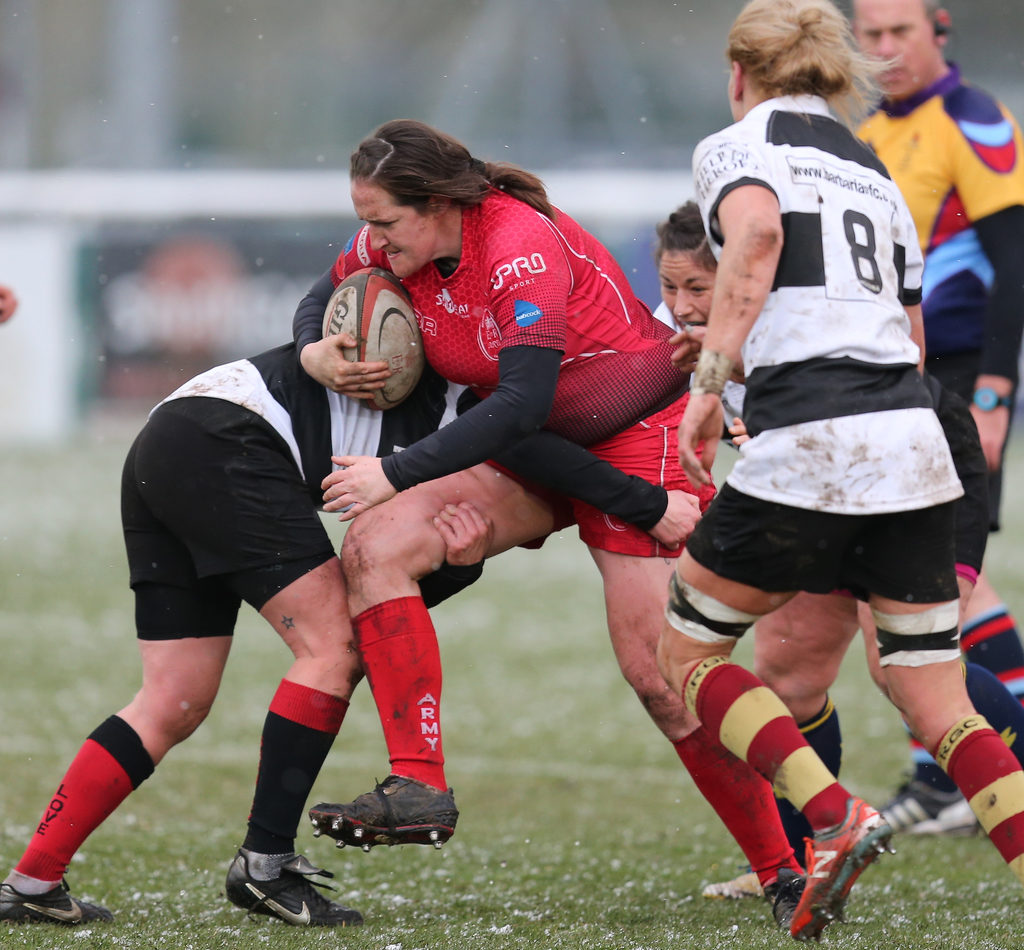 Sgt Nancy Kuva, returning to the side after a number of year’s absence, made a huge impact at scrum half and with debutant Pte Charlie Morgan brought on at fly half the Army started to maintain their shape and put the BaaBaas under pressure. The impact of “the finishers” was palpable and meant there was no let up for the BaaBaas. Of particular note was the effort and determination of Sgt Nat Lewis, who had her best game ever in a red shirt. LCpl Becky Husk and Pte Angie Carr also made their first appearances for the Army. 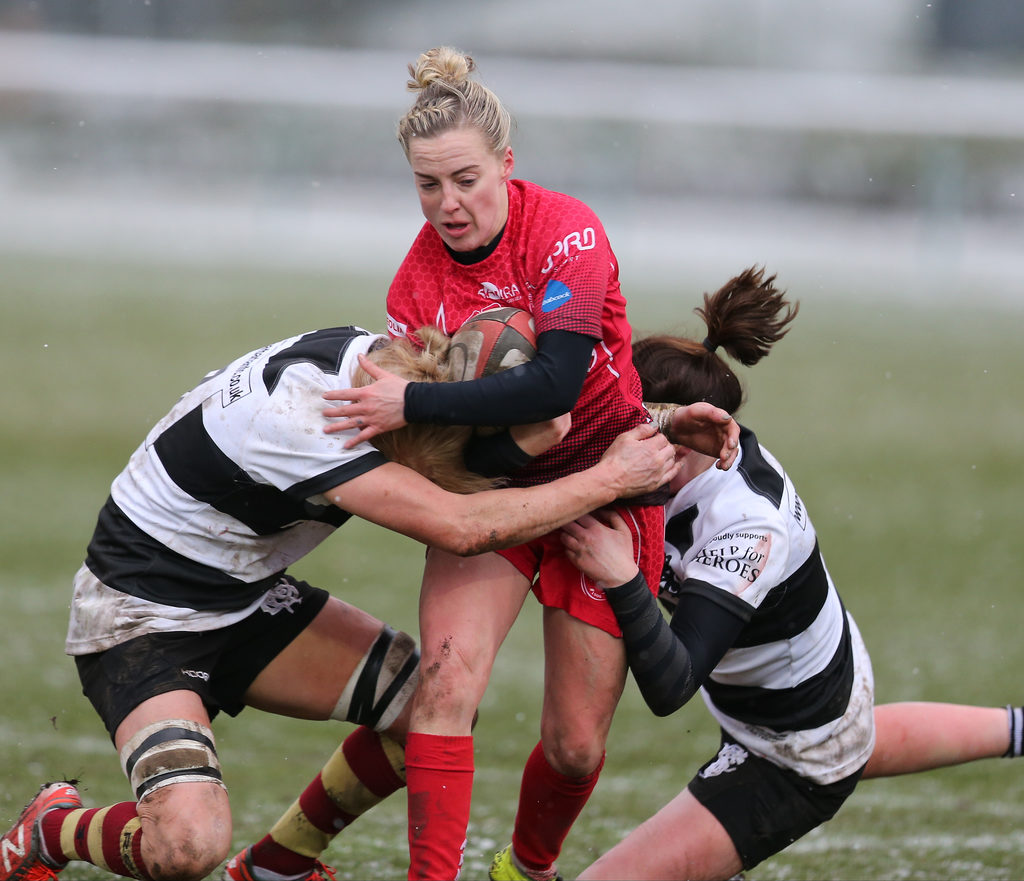 In summary this was definitely a game of two halves. The champagne rugby played by the BaaBaas in the first half was a joy to watch and demonstrated their obvious class. The second half will be remembered for the never say die, grit and determination of an Army side all pulling together and giving their all. 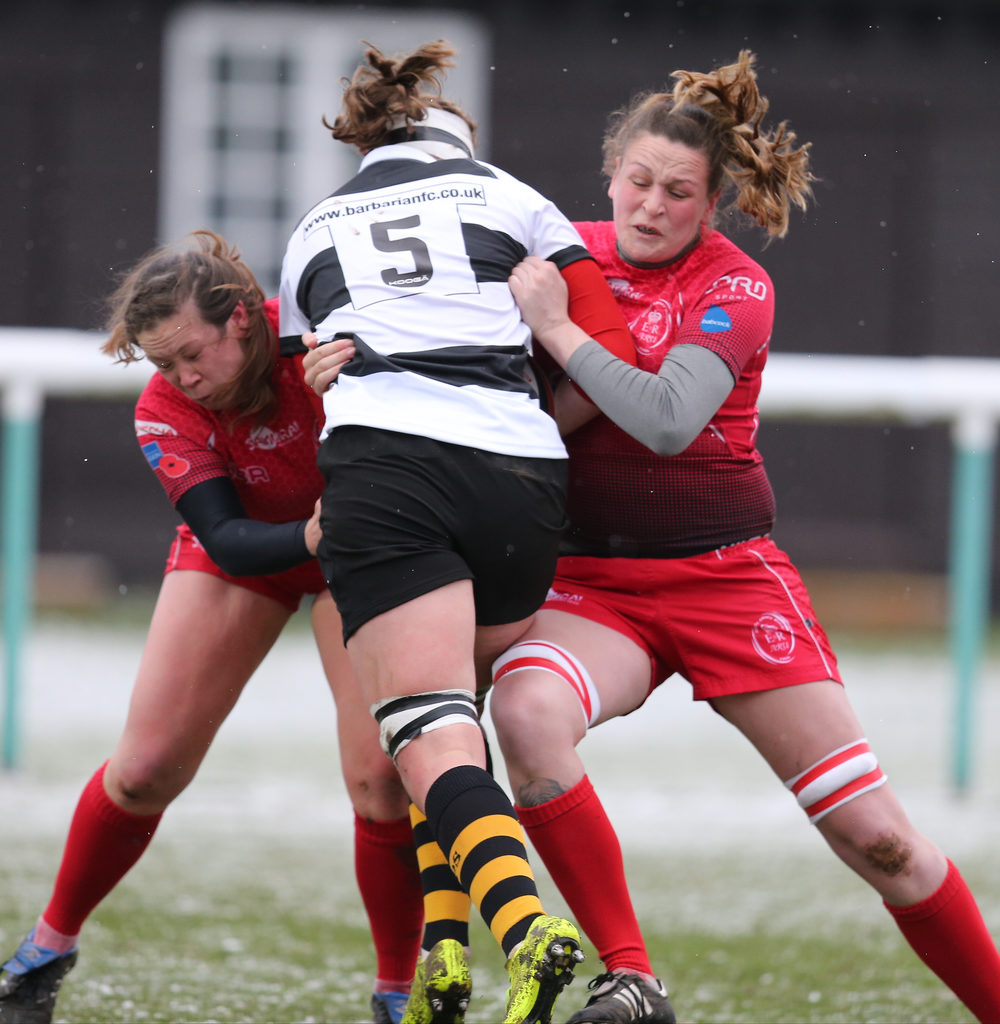 We very much hope to welcome the BaaBaas back to Queens Avenue next year.