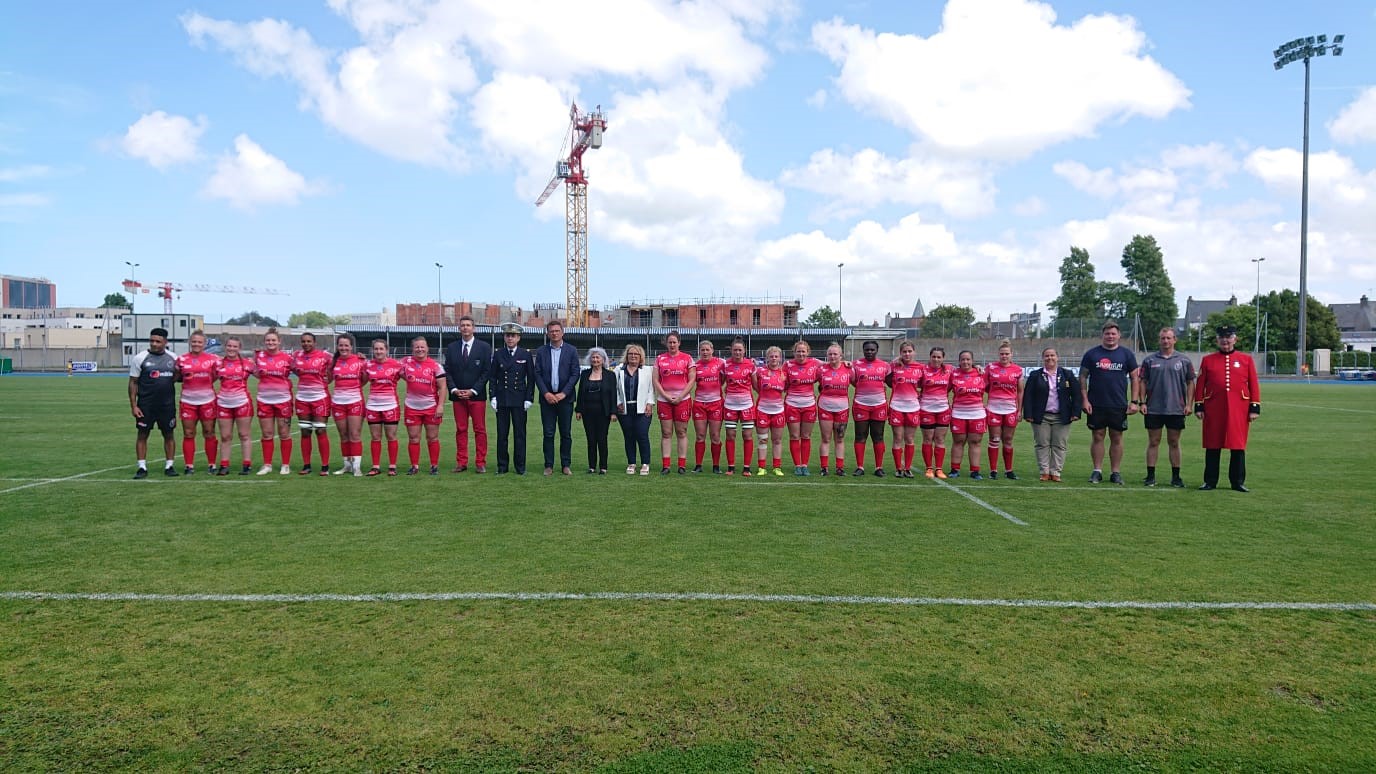 By Kimberley FowkeJune 14, 2022No Comments

The Army Women signed off from their 2021/22 campaign with a come-from-behind win over the French Navy in Cherbourg on Saturday.

The red shirts headed over the Channel with a team that included more than half-a-dozen changes from that which began the Army Navy match, with a number of other players also representing the Army Sevens team and none of the Army’s Premier 15s contingent making the trip.

In front of more than 1,000 spectators the teams went tit-for-tat on the scoreboard, with the hosts heading into the changing rooms leading 17-10 at half-time.

The French Navy also led by two points with 70 minutes on the clock, but the Army hit the front with a breakaway try, and they sealed the contest with a further score to record a 34-22 victory. 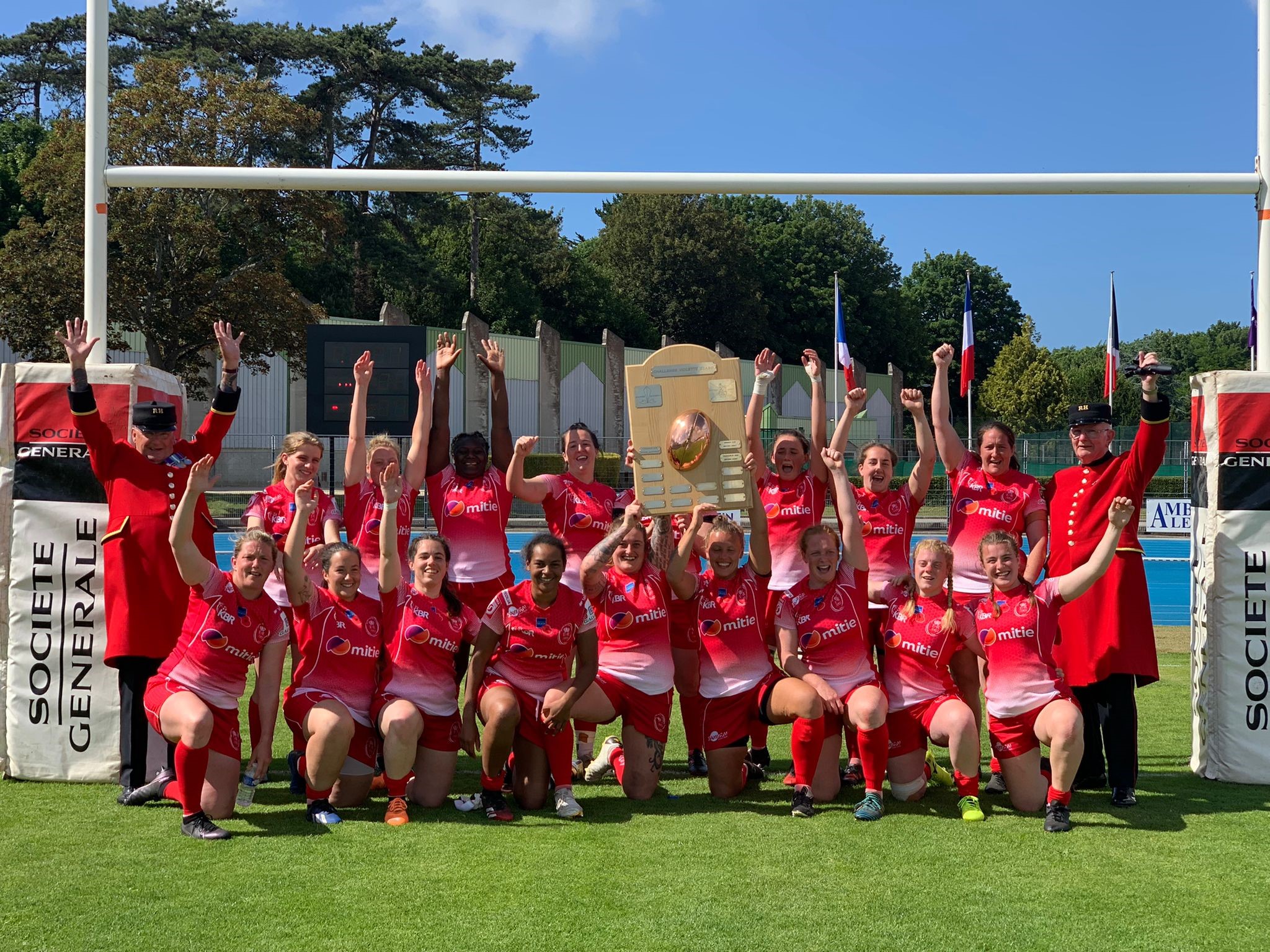 One notable absentee was Bdr Bethan Dainton (RA), who became a cross-code international as one of Wales Rugby League’s replacements in their match against England in Cross Keys on Sunday.

England are far further along their development path than Wales, and the difference in experience told in a 32-6 result.

Nevertheless the strength in depth within the Army’s Women’s set-up was shown by the Sevens team reaching the Plate final in the latest round of the Super Sevens Series in Stafford, also on Saturday.

After starting the day off with a 7-12 loss to Hammerhead Sharks – a first half yellow card putting the red shirts onto the back foot – the Army followed this up with an eye-catching 34-5 win over Hong Kong and then a 17-24 loss to Scimitar Storm, which put the Army into the Plate.

The semi-final also saw a pair of yellow cards shown to the red shirts, but this time they held out for the win against the Lionessess – kicking proving crucial – and a 19-17 result which put them into the final.

This was against Bath, and after a nip-and-tuck first half which ended with the score tied at 12-all the west country outfit pulled away in the second half, 12-31 the final result. 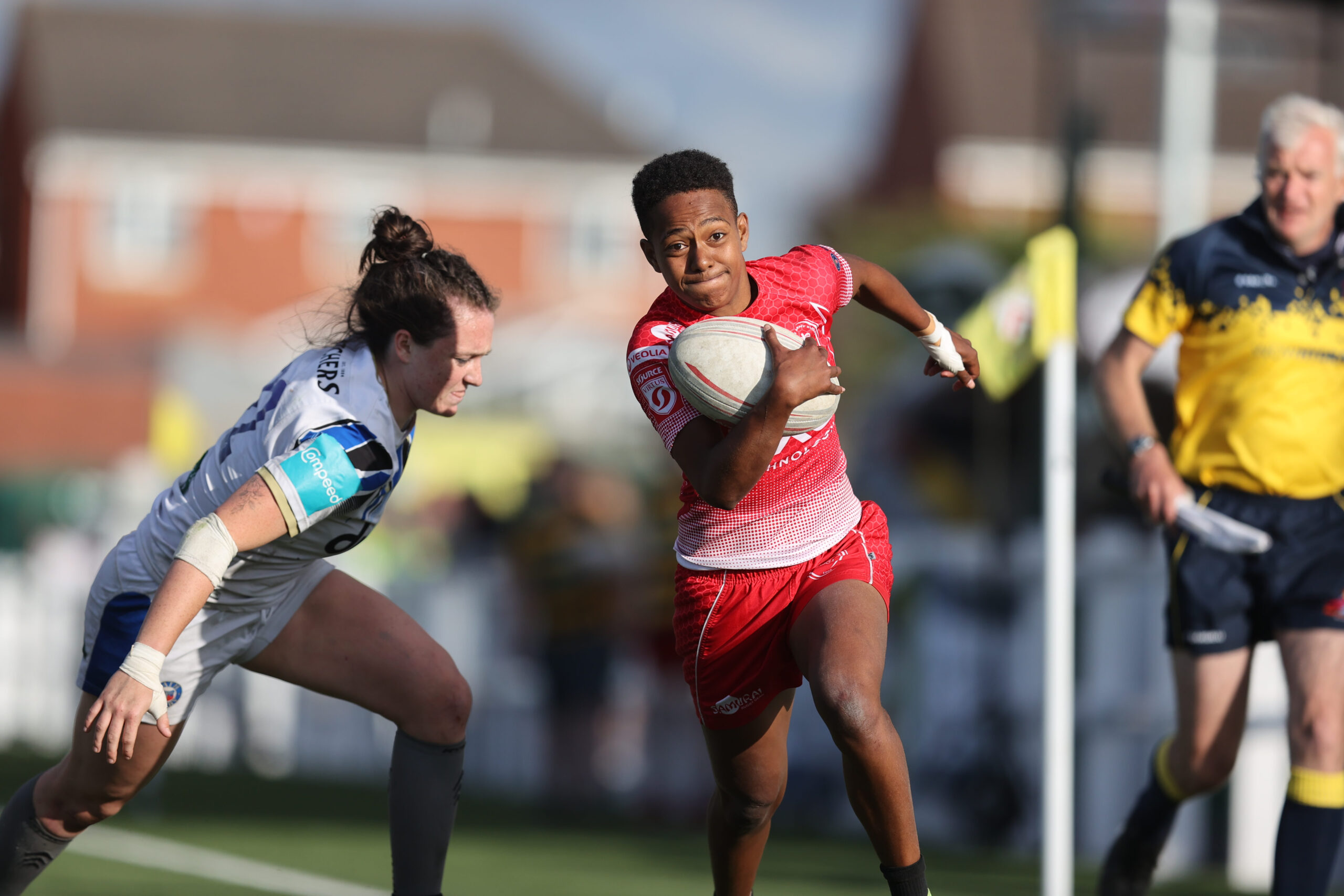 The Men also reached a final in the main Cup competition, the first time the team had reached this stage in the 2022 Super Sevens Series.

They achieved this with an opening round 19-5 win over the Barracudas, a hard-fought 17-all draw with the Royal Navy, and a comprehensive 40-0 success against Wooden Spoon.

These three pool wins put the Army into a quarter final against Apache, which was a clinical 36-14 win, and then a semi-final against Samurai, in which the best performance of the day took the red shirts to a 34-12 win.

The final against Scimitar Storm went down to the wire, with the Army starting brightly and the Storm reacting in kind. Unfortunately the outcome was decided by a penalty try in the closing seconds as the Army conceded a pair of penalties in quick succession close to their line, 17-21 the final result.

The Army Sevens teams will now turn their attention to the final round of the Super Sevens Series, which will be on home turf in Aldershot on Saturday, June 25th. Entry will be free and all welcome. 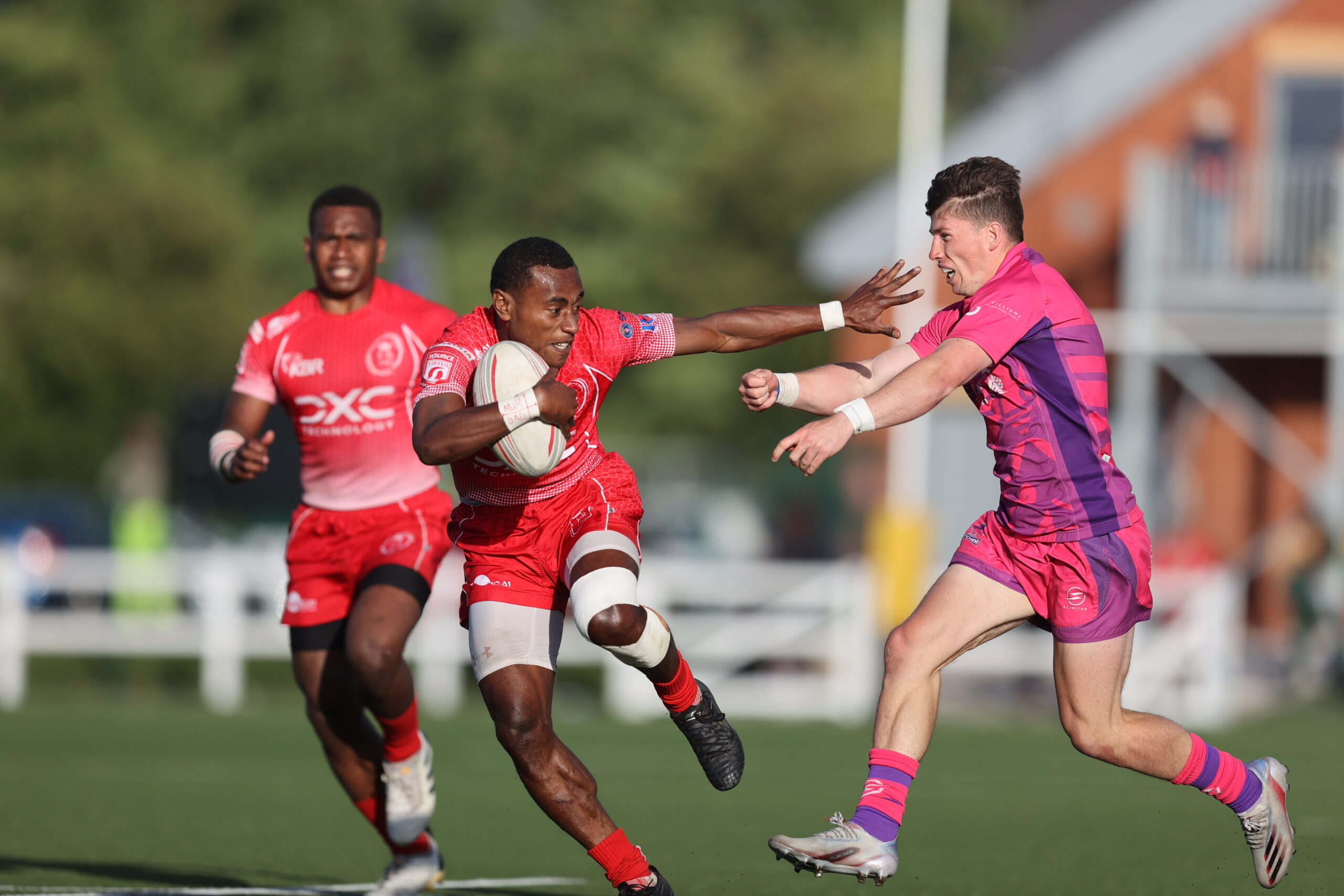 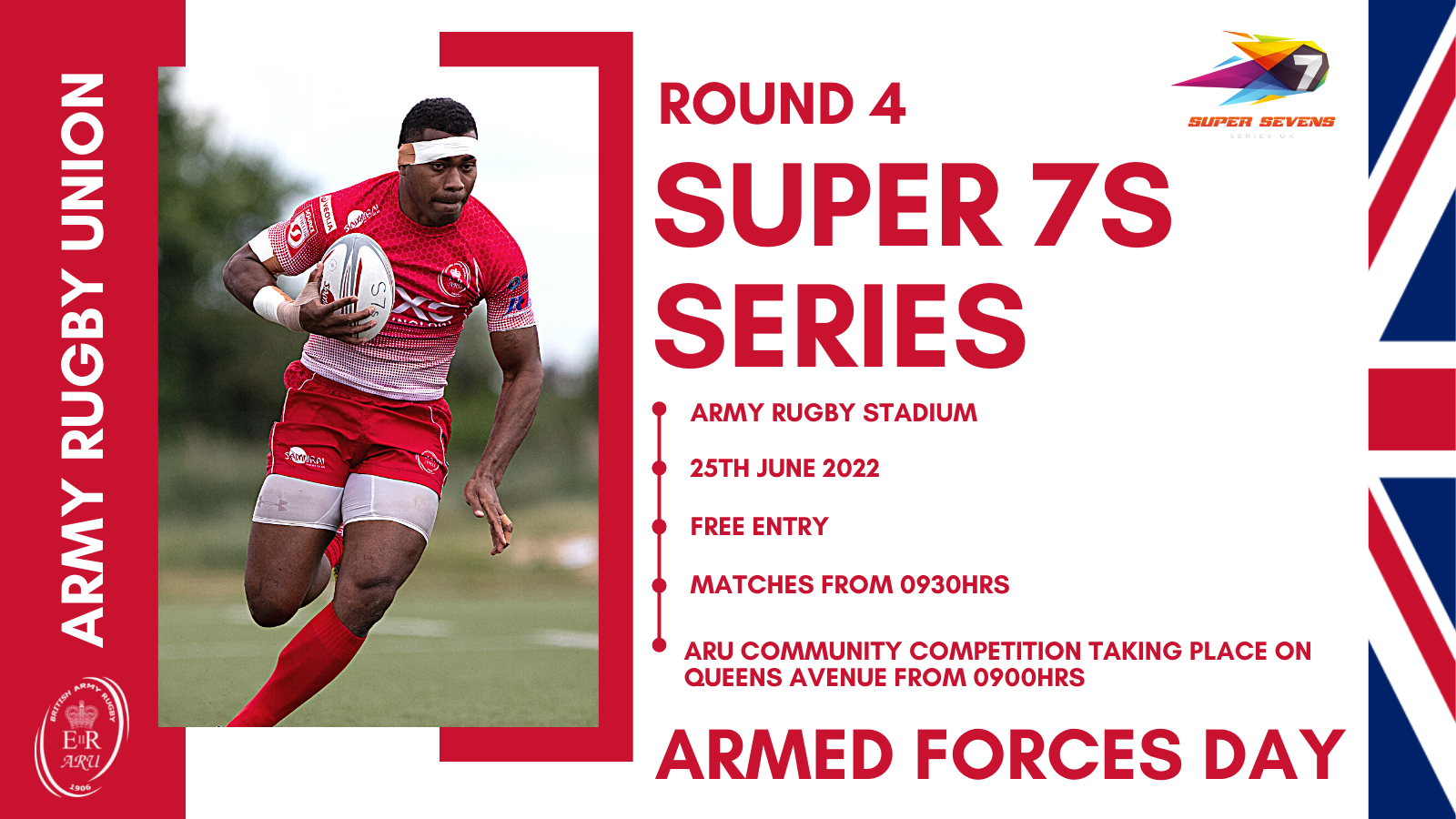