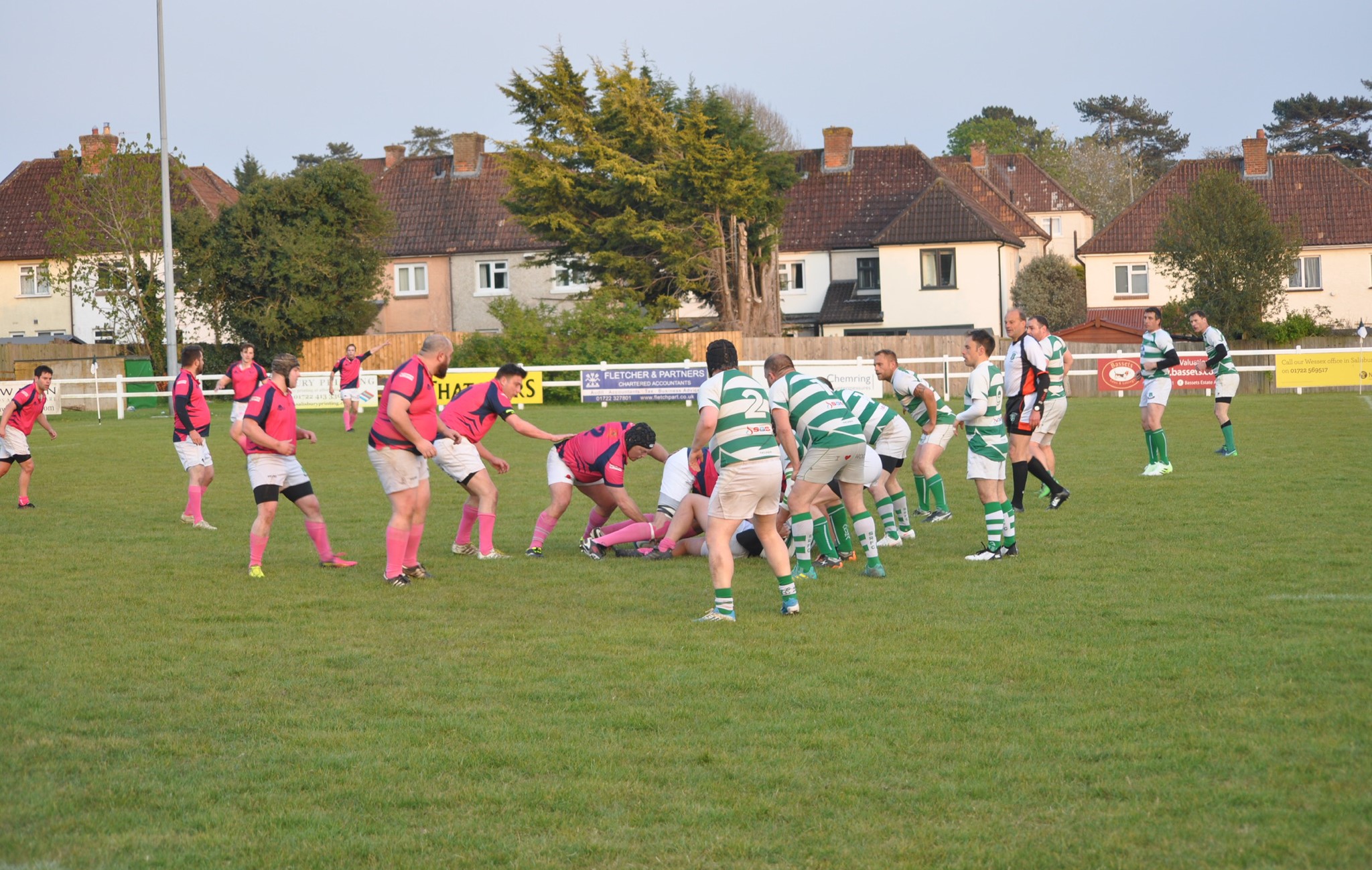 By Kimberley FowkeMay 4, 2021No Comments

It may have been 422 days since they last took to the field; but, Friday brought the return to Army Community Rugby for Army HQ Griffins.

Playing a friendly against a Salisbury RFC vets side, it was a welcome return to the pitch, but also to the Club’s adopted home of Salisbury RFC.  The relationship between the 2 clubs is critical to Griffins being able to play in the ARU structured season and an inter-club fixture had been long overdue under the COVID pandemic restrictions.

Played under the RFU adapted Laws stage D2, the game was in a coronavirus safe environment appropriately risk assessed by both clubs, with social distancing and sanitisation regimes in place.  The support of the ARU and ASCB to be able to conduct this fixture was welcomed, and thanks go to Chris Fowke, Andy Bennett, and Marc Wilding for their continued support and guidance for Unit level rugby.

The fixture itself was played in the true spirit of rugby, and it was clear both sides had been longing for a return, there were big carries, big tackles, exciting hands in the backs, line breaks, and as expected after over 12 months away plenty of knock-ons and some skill fade.  Some great empathy from the referee in all areas made the game as free flowing as possible, and some front rowers were finding some new found fitness levels even though the beloved scrum was absent.

It was an evenly matched first half with the game staying within one score and the lead changing hands three times.  The second half with Griffins playing down the slope saw them pull away and emerge 32-12 winners; although ultimately, rugby was the winner as over 40 players had a game of rugby under lights with a great atmosphere – it was certainly good to be back.

Griffins are back to lunchtime touch sessions with some contact training, within the roadmap guidance, to recondition the body, and have a fixture lined up against Pewsey Vale in May and are looking forward to entering the ARU southern Sevens in July – 7s isn’t their specialty, but its rugby and they’ll play it.  If Units wish to scope a fixture, then get in touch.

For any URO wishing to play Inter-Unit fixtures, the guidance from the RFU and the ARU is easy to follow and with appropriate Risk Assessments and covering Admin Order, authorisation by Commanding Officers on Part 1 Orders, rugby is easily achievable, dare I say welcomed after the past 13 months.