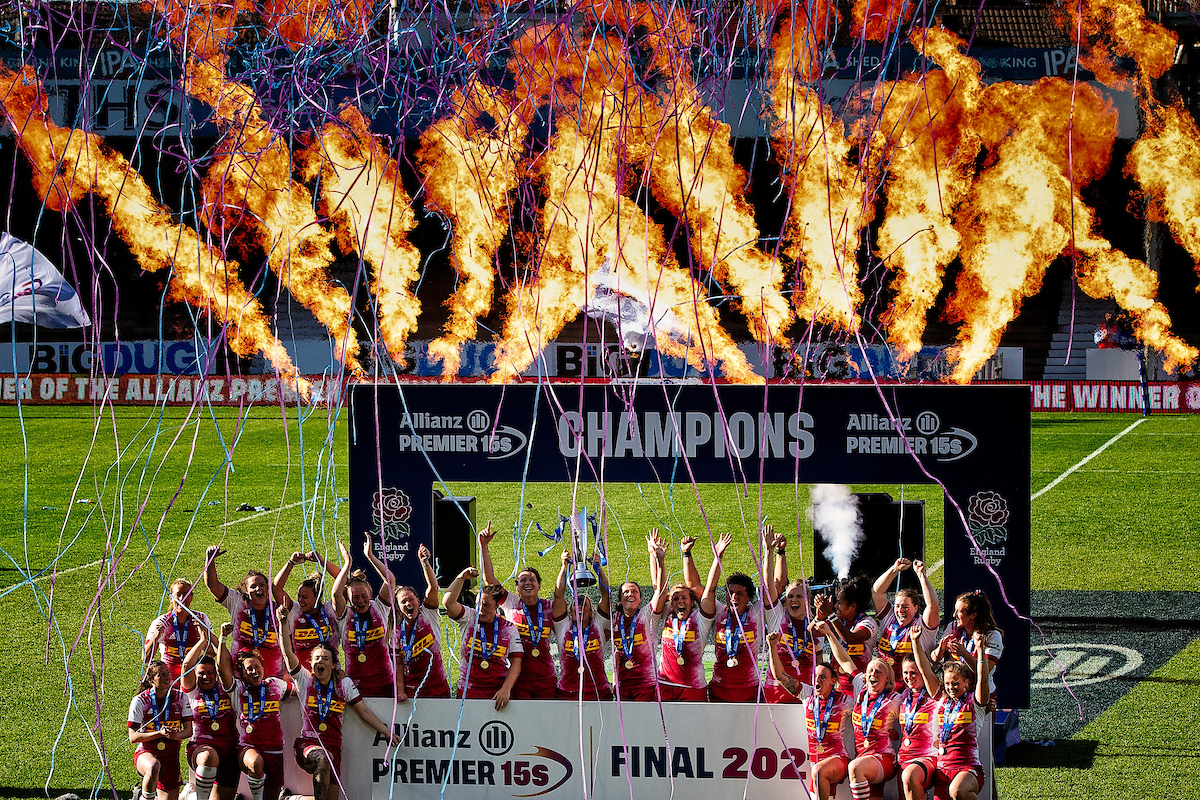 Eddie gets a winner’s medal to round off the season

By Kimberley FowkeMay 31, 2021No Comments

Capt Alexandra Eddie (QARANC) finished the season with a winner’s medal after being in the Harlequins match day squad which won the Premier 15s over the weekend.

Harlequins and Saracens locked horns for the third time in as many seasons in Gloucester on a sunny Sunday afternoon, with the table-toppers from north London looking to make it a three-peat of titles.

Harlequins had other ideas, coming out from the blocks quickly to rack up a 16-0 lead inside the opening 23 minutes.

Inevitably Saracens came back, but their converted try just before the half-hour was a temporary blip for Quins, who scored two more penalties before Saracens crossed for a second try with 53 minutes on the clock.

Not even a double yellow card could dent Harlequins’ lead too dramatically as a third Saracens try was unconverted, and a subsequent Quins penalty meant that the net damage was kept to just two points.

The 25-17 scoreline remained until the final whistle, and was received rapturously by the players and head coach, Gerard Mullen.

It’s been a tough season,” he told BT Sport. “At the start of it we set out our goals, to get one over Saracens, and I’m delighted we’ve done that. It’s the consequence of a lot of hard work.

“I thought we started the game really well. We moved the ball well, we stretched them, and put them under pressure. Saracens came back into the game strongly but we held on in there.

“This is just the start of the journey and we want to be the forefront team in the women’s game.”

Capt Eddie was the only Army representative in the 23 which donned the kit in the final, but Harlequins has been the home of more red shirt players than any other in the Premier 15s, with Bdr Bethan Dainton (Royal Artillery), SSgt Jade Mullen (AGC (SPS)) and Cpl Becky Wilson (RLC) all featuring in the quartered shirts during the campaign.

We congratulate everyone at Harlequins for their achievement.