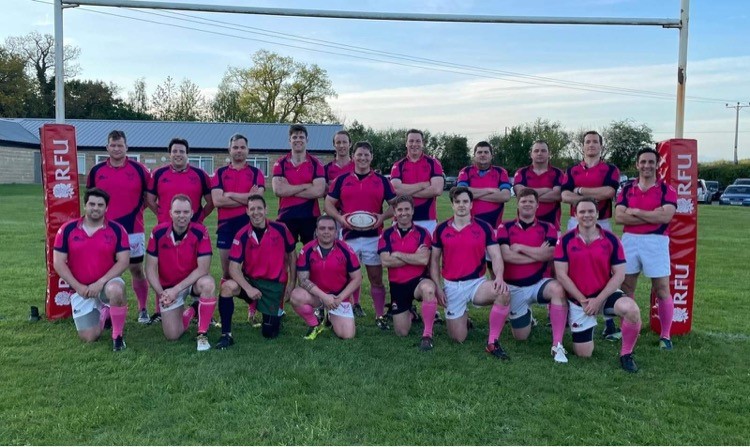 By Kimberley FowkeMay 28, 2021No Comments

The Griffins second fixture since the return of Army Community Rugby on 30 Apr was played in conditions much more reminiscent of the sevens season, an evening kick off with no floodlights and a welcoming atmosphere at Pewsey Vale RFC awaited a true Griffins side of 20 players: some seasoned and experienced, some returning, and some debutants.

The match kicked off and it was obvious the fixture would be a contest with Pewsey Vale having finished in the top-half of Dorset and Wilts 2 North last season, and were clearly well drilled. While the Griffins showed an uncompromising style of play up front, Pewsey used their more youthful players to great effect, particularly on the flanks. Despite many good passages of play where the Griffins made ground in the tight and around the fringes an early try from Pewsey’s Fijian centre was followed up by 2 longer range efforts.  Nonetheless, the Griffins stood firm and some good link up play from 10-15-13 saw them cross the line for a converted try. In the run up to half time, the heat was starting to tell, with no scrums, the Griffins lacked 1 of their more potent weapons and Pewsey were still making ground with some of their youthful outside backs.

Half time saw some rotation of personnel, and the Griffins were buoyed by their success in the tight and started to exploit it more, rolling Pewsey back, and attacking with backs down the narrow side, the rewards duly came with 2 quick tries (both converted – the touchline conversion surprising everyone who wasn’t wearing pink and the ARU Vice Chairman). Pewsey’s structure was nonetheless starting to pay off, as while the Griffins could better them in attack, they couldn’t sustain phase after phase; Pewsey were quick on the turnover and equally quick on the break, and with some tired legs and despite valiant scrambling defence, and some impressive last man tackles from the Griffins Full Back, Pewsey continued to add to their tally. As the match drew to a close, the Griffins still kept surging forward and were rewarded on the stroke of full time with another converted try, the final score was 55-28 to Pewsey.

A great evening where despite not getting the win, there were plenty of positives and it was great to get 20 Griffins out on the field, the recent efforts of the club have seen c. 5 players joining over the past 2 weeks since the Salisbury match and the word is clearly getting around that the Griffins is the place to be.

Griffins hopefully have another 2 fixtures in the pipeline for June to continue their return to Community Rugby.