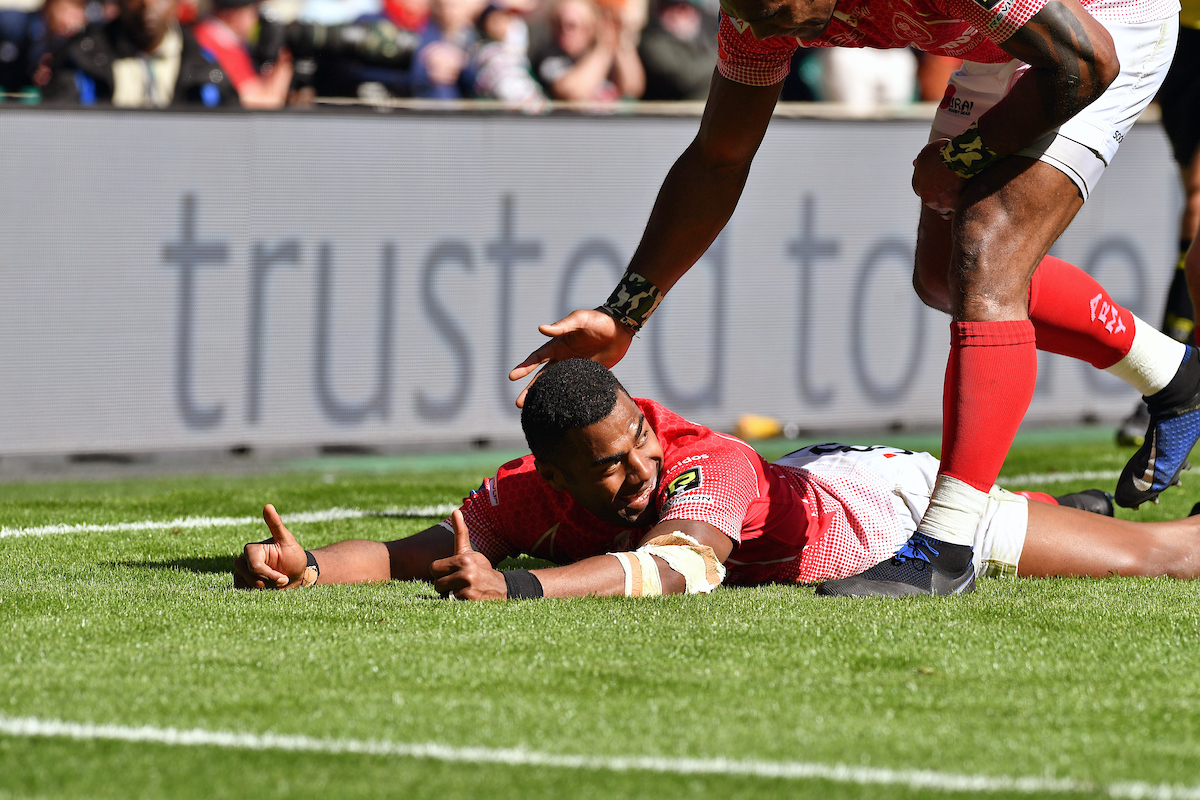 By Kimberley FowkeMarch 8, 2021No Comments

Pte Ratu ‘Siva’ Naulago (Yorks) was Bristol’s saviour on Saturday afternoon with a late try which kept the Bears top of the Premiership table.

Pte Naulago had also crossed for two scores in the first half, but while they took Bristol into a 10-0 lead they could not shake Worcester loose at Sixways as the Warriors battled back to tie the scores heading towards half-time.

A third Bristol try made the score at the break Worcester 10, Bristol 17, but 13 unanswered points from the home team put them within touching distance of a first Premiership win in 11 attempts.

But with seven minutes to play fly half Callum Sheedy put Pte Naulago away down the touchline and the winger’s pace did the rest, capping a performance which included 120 metres from nine carries, five defenders beaten and four clean breaks. Sheedy was on target from wide out to finish the job, Bristol winning 24-23.

Elsewhere in the men’s game Army Rugby watchers were denied a direct head-to-head when Gunner Senitiki Nayalo (7 Para RHA) was a late withdrawal from the Coventry squad which took on Bedford in their RFU Championship opener.

Cpl Lewis Bean (Rifles) was in the Blues squad, and a second half yellow card spoiled what was an otherwise impressive performance from the second rower. Bedford came within a sniff of a road win, too, only to be undone by a Coventry penalty in the final play of the game, the hosts winning 10-9.

In the Premier 15s the Army Women’s trio of Sgt Jade Mullen (AGC (SPS)), Bdr Bethan Dainton (Royal Artillery) and Capt Alexandra Eddie (QARANC) were on the right end of another bonus point win for Harlequins, who beat Gloucester-Hartpury 28-15 at Surrey Sports Park.

It was a challenging 70 minutes for Quins, however, with the visitors taking an early 10-0 lead. But Harlequins scored two converted tries of their own before half-time, and it took until the final play of the match for them to get the all-important fourth score which sealed a 28-15 victory.

At Twyford Avenue SSgt Sarah Mitchelson (RLC) was involved in another titanic tussle as Wasps and Exeter Chiefs served up 70 minutes where the lead changed hands regularly.

Wasps scored twice, before Exeter did the same to hit the front, 14-10. But with Wasps crossing for two more tries before half-time and in the middle of a purple patch of results they would have been looking to kick on in the second half.

But Exeter have beaten the top two teams, Harlequins and Saracens, in recent weeks, and they showed that character to stay in touch and kick a late penalty to win 31-29.

Capt Gemma Rowland (Royal Artillery) continues to have a tough opening to her Bristol Bears career, with her team of Premier 15s newcomers beaten 53-7 at first placed Saracens at the StoneX Stadium.