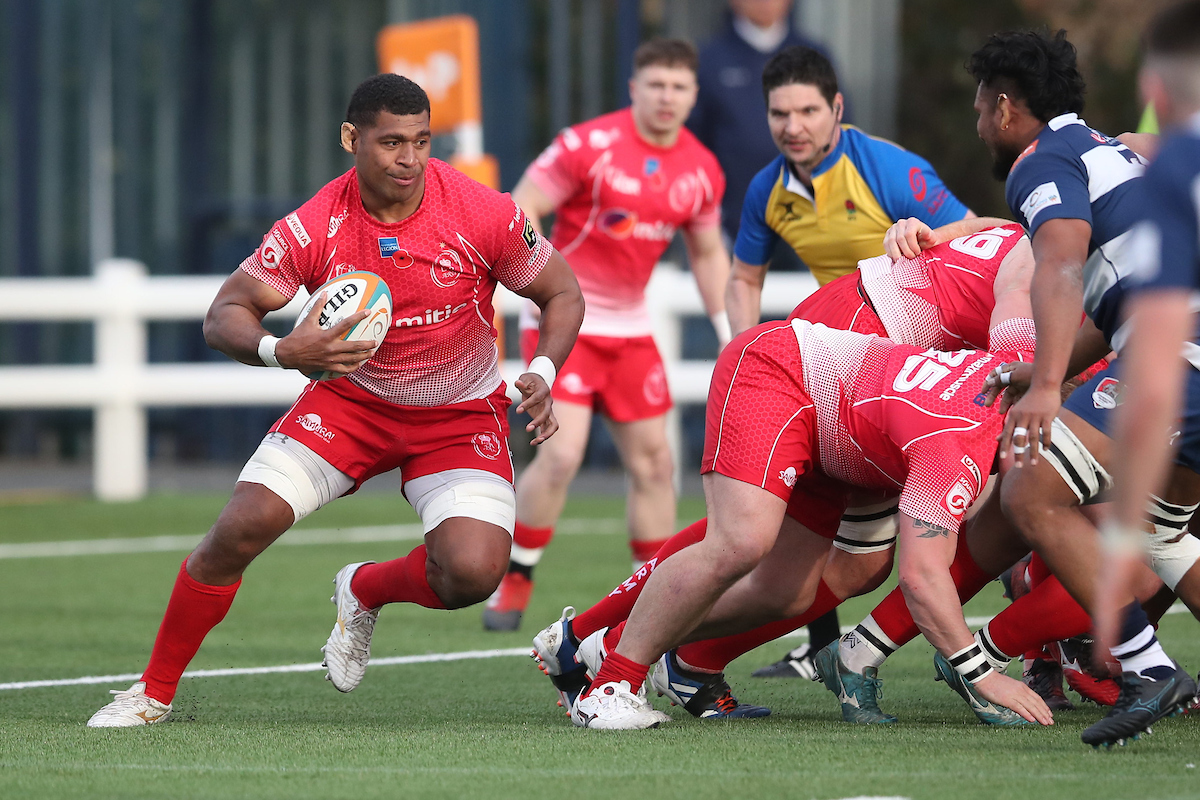 By Kimberley FowkeMarch 5, 2021No Comments

The RFU Championship kicks off this weekend for its fore-shortened season and the Army Rugby Union is set for double-representation in one of the opening round’s eye-catching fixtures.

Cpl Lewis Bean (Rifles) makes his full Bedford Blues debut in their trip to Coventry, who have named Gunner Senitiki Nayalo (7 Para RHA) on their bench.

It is the first RFU Championship match for a year, when Coventry won on the road at Doncaster, and this year’s campaign will be short and sharp, with the teams playing each other just the once over the next three months.

Both teams have had mixed results in the pre-season, with Bedford beating and losing to Ampthill, and Coventry beating Jersey before losing home and away clashes with Saracens.

This match is being live streamed from 15:00 via www.championshiprugby.co.uk/live-streams

All of the other matches featuring Army personnel are also on Saturday.

Pte Ratu ‘Siva’ Naulago (Yorks) is on the wing for Bristol’s trip to Worcester Warriors. Bristol’s win over Leicester last weekend extended their lead over Exeter at the top of the Premiership table, and with Worcester coming into the game on the back of a losing stream which extends all the way back to round 1.

Bristol have won their last three fixtures against Worcester so will be in high spirits for the short journey up the M5 to Sixways.

You can also watch three Army Women in action for Harlequins as they look to extend their recent Premier 15s winning stream to three against Gloucester-Hartpury on Saturday afternoon.

Bdr Dainton told the Quins website this week of her surprise at being called up into the Wales national squad for the first time since 2016, saying: “After returning from injury and moving into the forwards, I never really thought about playing international rugby again as I was new to the position and there is so much talent in the Welsh back row.

“I know a lot of the girls still in the set-up, and having been there as a winger before, heading to scrum and lineout drills was certainly a bit different!”

Harlequins versus Gloucester-Hartpury kicks off at 14:00 with live streaming at www.Premier15s.com

Capt Rowland came off the bench against Gloucester-Hartpury last week and goes straight into the centres for the game against the table-topping north Londoners.

Kick off is 13:00 with live streaming via the Saracens website and social media channels.

Finally, SSgt Sarah Mitchelson (RLC) moves from the flank to number eight in the Wasps Ladies team which has been named to take on Exeter Chiefs at Twyford Avenue.

Wasps are on an excellent run of form, winning nine of their last 11 matches and earning losing bonus points from the other two, and this extended purple patch has put them well in contention at the business end of the table.

This game kicks off at 14:00 with live streaming on the Wasps Ladies YouTube channel.