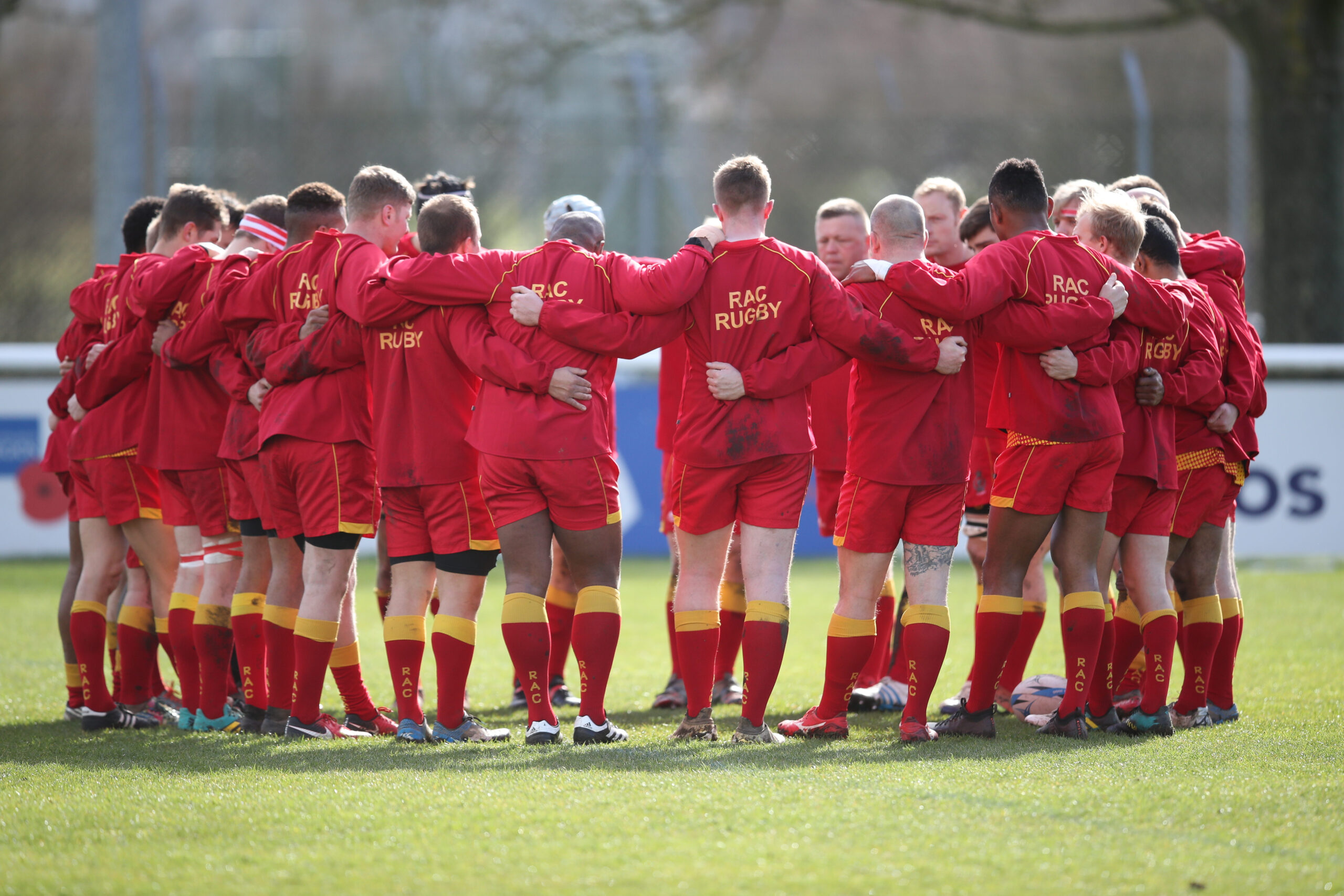 A new look for the second tier of Corps rugby has not changed one of the more familiar sights on Finals Day, namely the presence of the Royal Armoured Corps’ red and gold shirts running out onto the Aldershot pitch.

Finalists in 2019 and winners in 2020, the RAC are used to making the trip to the home of Army rugby. For 2022 the opposition will have a different hue, with no extension of the recent memorable sequence between the RAC and AMS.

Instead the RAC will be lining up against the Infantry, but with the Corps Championship having had a new look and a young team under his leadership, Head Coach SSgt James Longhurst (RAC) says that it is an achievement just to reach the final.

“This season’s been a bit of an eye-opener with the new league structure,” he says. “Just before the pandemic we’d won the final against AMS where we’d expected to go up into the top level. But the reformatted league structure was introduced, and that’s worked really well. We had new team coming in and AMS, who we knew quite well, and the Signals coming down from the top tier.

“The main task for this season was to stay in this league, which we’ve done and gone one further by reaching the final. Hopefully we can go one step further still and beat the Infantry.” 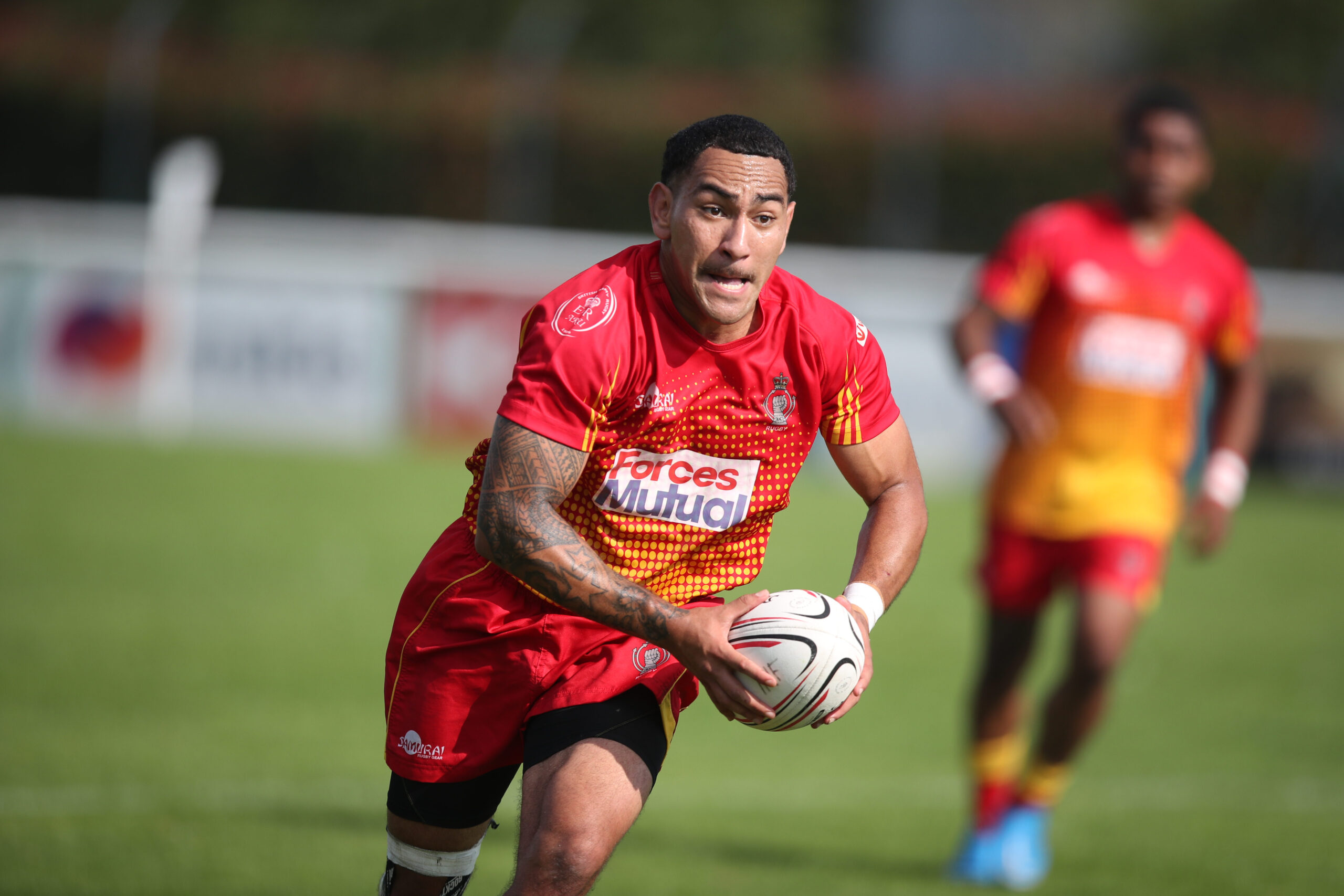 Although the RAC did the double over AMS there was plenty more competition in their other matches against the Infantry and Royal Signals.

The home match against the Signals was lost 29-28 – “we were 21 points up 35 minutes into the game but lost by one point, but while we were kicking ourselves after that I was still proud of the lads” – with the away game being a 28-24 reverse.

Meanwhile the two games against the Infantry each went the way of the home team, but what made for more of a marked difference between the fixtures for SSgt Longhurst was the way players in the RAC reacted when it came time to host the men from Catterick.

“We were struggling for numbers going up to Catterick with only 16 players,” he says. “But then we knew how to avenge it in the return game. When it came to the Infantry game at home we had 60 players at training – it was a nightmare as a coach to then pick a 23, but a good nightmare to have!”

SSgt Longhurst is also delighted with the way the playing group has responded to the challenge, saying that it is one of the best squads he’s been involved in during more than 20 years within the Corps’ set-up.

“A hundred percent,” he adds. “We’ve got quite a new team with an influx of recruits joining the Royal Armoured Corps. There are a lot of young players who have a lot of potential to maybe go one step further and maybe win Army colours. We’re definitely going to try and press for in seasons to come, but for now they’ve been really key for us this season.

“For us to want to compete at the next level we need to keep continuity together, which we’re finally doing. We’ll see what happens after the final, but we’re definitely going in the right direction.

“This group of lads we’ve got are quite impressive and I’m sure we could go on to be a force in the top league, if we get there.” 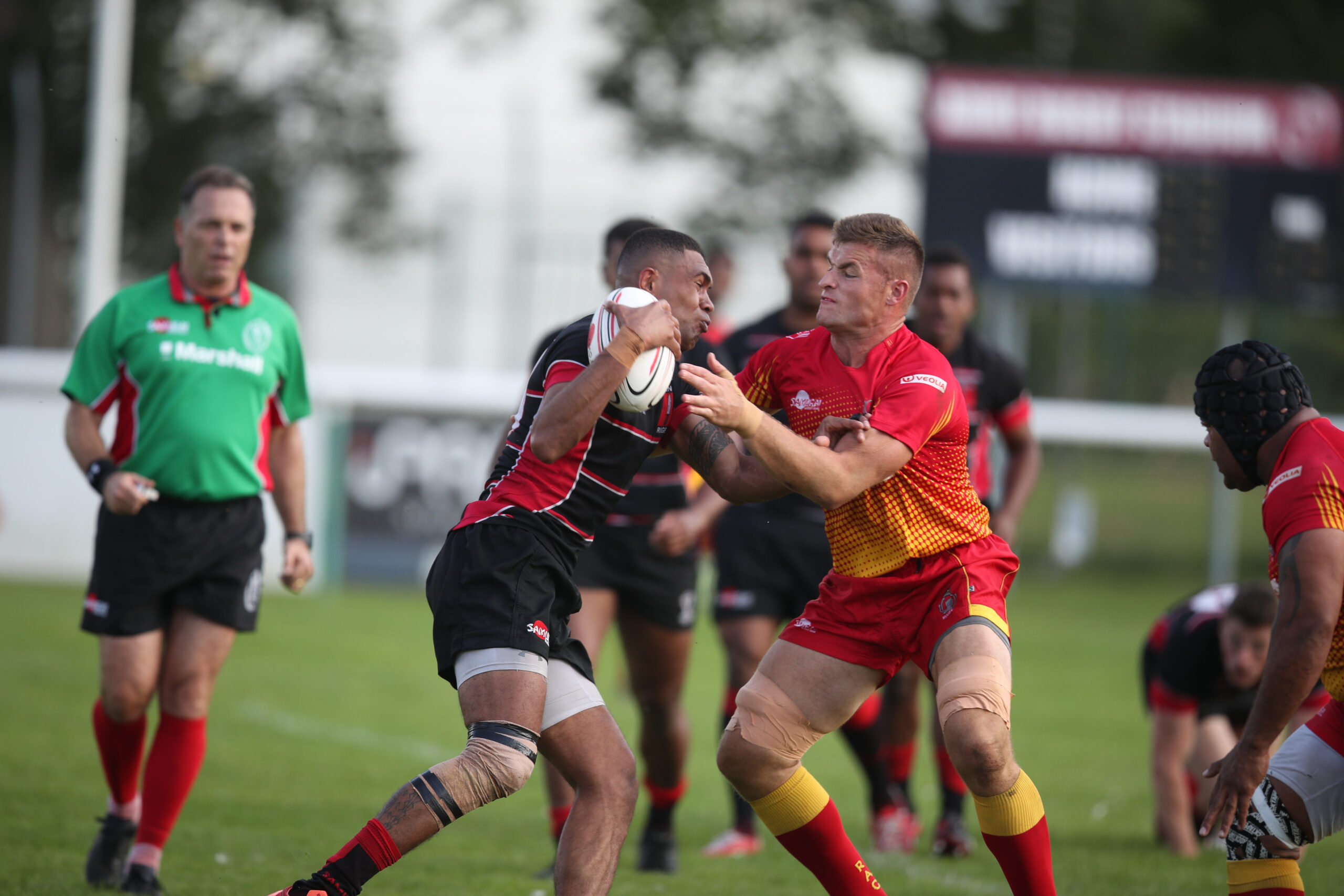 With a three-and-a-half month gap between Round 6 and Finals Day SSgt Longhurst brought his players together for a shake-down against nearby club Swanage and Wareham RFC, whose facilities close to Bovington have been of crucial assistance during the season.

“They’ve been really good to us,” he says. “We’ve been there a few times now, and recently took our team to play them as there’s been a long gap since our last game to the final. It was a good game and has hopefully put us in good stead for the final.

“I’m not going to lie, I think there was complacency, thinking that we were just going to destroy them, and that wasn’t the case.

“What you’ve got to realise with Corps rugby is that we’re only getting these players once, perhaps two times a month, whereas a civilian club is training twice a week with a game on Saturday.

“So it was a real good test for us. We came out victorious but they put us up against it.”

The Head Coach is certainly hoping that this warm-up will have his team in the right mindset for what he believes will be a stiff challenge on Wednesday, adding: “I’m expecting a very tough game.

“The Infantry has massive depth and maybe should be up in the top tier already by now. If they’ve got their full team out it’s going to be a great encounter from the start. We’re going to need our ‘A’ game. But we also know how to beat the Infantry and hopefully we can take it to them and come away with a bit of silverware.

“Whatever happens I’m really proud of the lads. To get to the final is fantastic at the first year of asking.”

Kick off at the Army Rugby Stadium is 1600hrs. Entry is free and all are welcome.