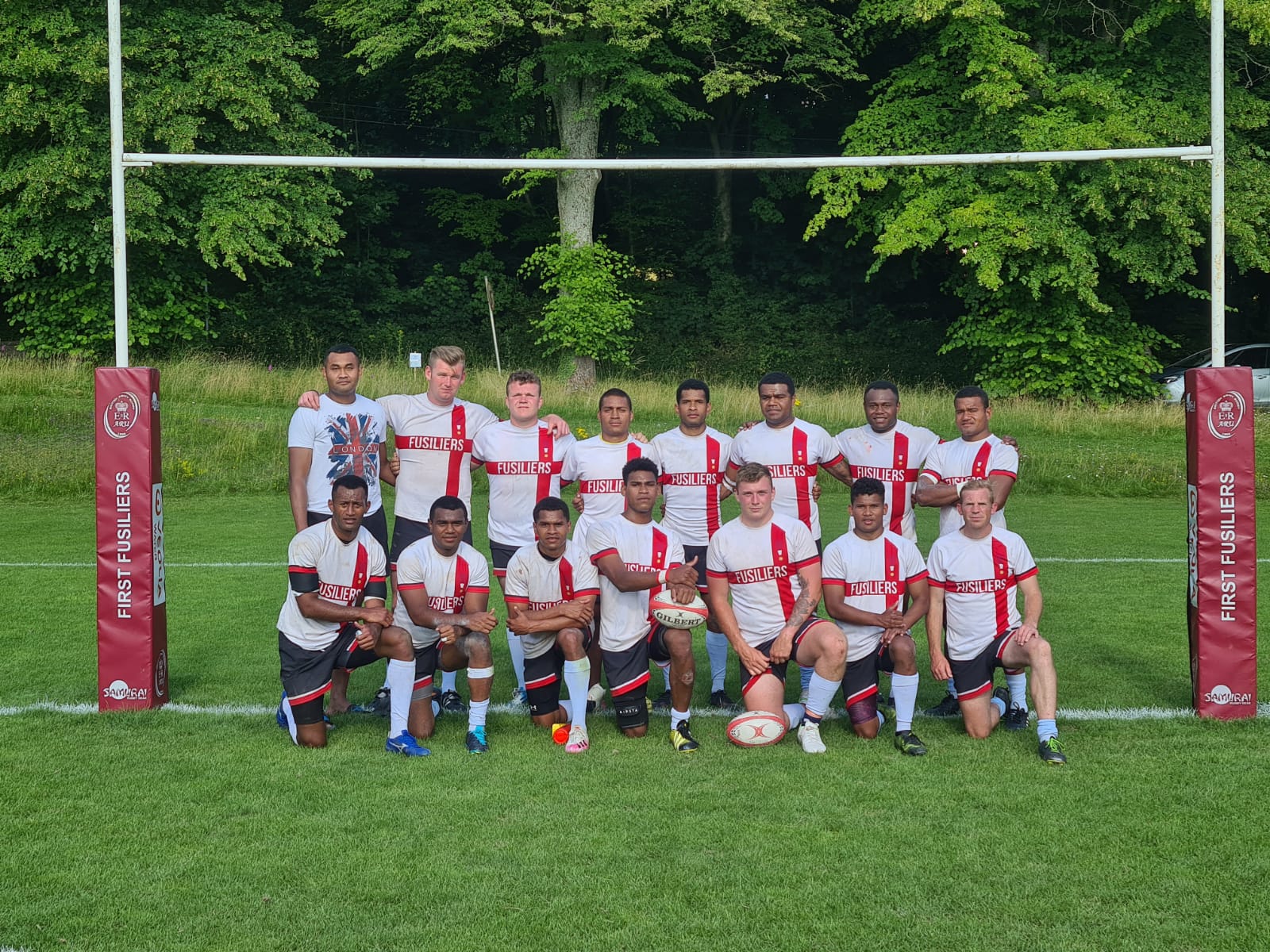 By Kimberley FowkeAugust 4, 2021No Comments

One of the greatest benefits of team sport, and particularly rugby, is in bringing people together, whether in competition with opposing teams or as part of the same squad, building essential skills such as teamwork and communication to foster positive relationships.

This applies both within a group of individuals, providing them with a shared bond, but also when coming into contact with new communities or environments, when the common language of sport can help break down barriers.

Harnessing the passion for a sport like rugby can play a huge role in boosting the morale and cohesion of groups of people, such as Army Regiments, in addition to providing them with a chance to integrate when supplanted among a foreign community, seemingly with little in common.

Capt Thomas ‘Ed’ Rutherford (1 RRF) is his regiment’s rugby officer, a role which has given him first-hand insight into the power and potential of the sport.

“I think sport is a brilliant way of breaking down initial apprehension that people can have in a group,” he says. “Once you’ve run around, playing against each other or playing with each other, you’ve got that bond straight away.

“Any soldier worth their salt enjoys competing against not only people from their own country but people from different countries as well – I think it’s really beneficial.”

Ever since he was young, Capt Rutherford, has enjoyed the benefits of playing rugby, continuing to keep his passion for the sport throughout his time with the Army.

“I started playing mini rugby at Tynedale in Northumberland,” he explains. “I started when I was probably seven, following in my grandfather’s footsteps and then played all the way through school.

“I joined the Army and started playing Battalion rugby in the early 90s; I continued to play as much as I could, until work got in the way, all the way up till when I was Company Sergeant Major really and I then hung up my boots.

“When I came back to be rugby officer, I then started playing again because you have to lead by example, but now at 45 I’m not necessarily in the starting XV anymore!”

While on deployment in Estonia, Capt Rutherford saw rugby as an opportunity to connect with both his fellow soldiers but also with local communities, even though the sport is in its infancy in the former Soviet state. 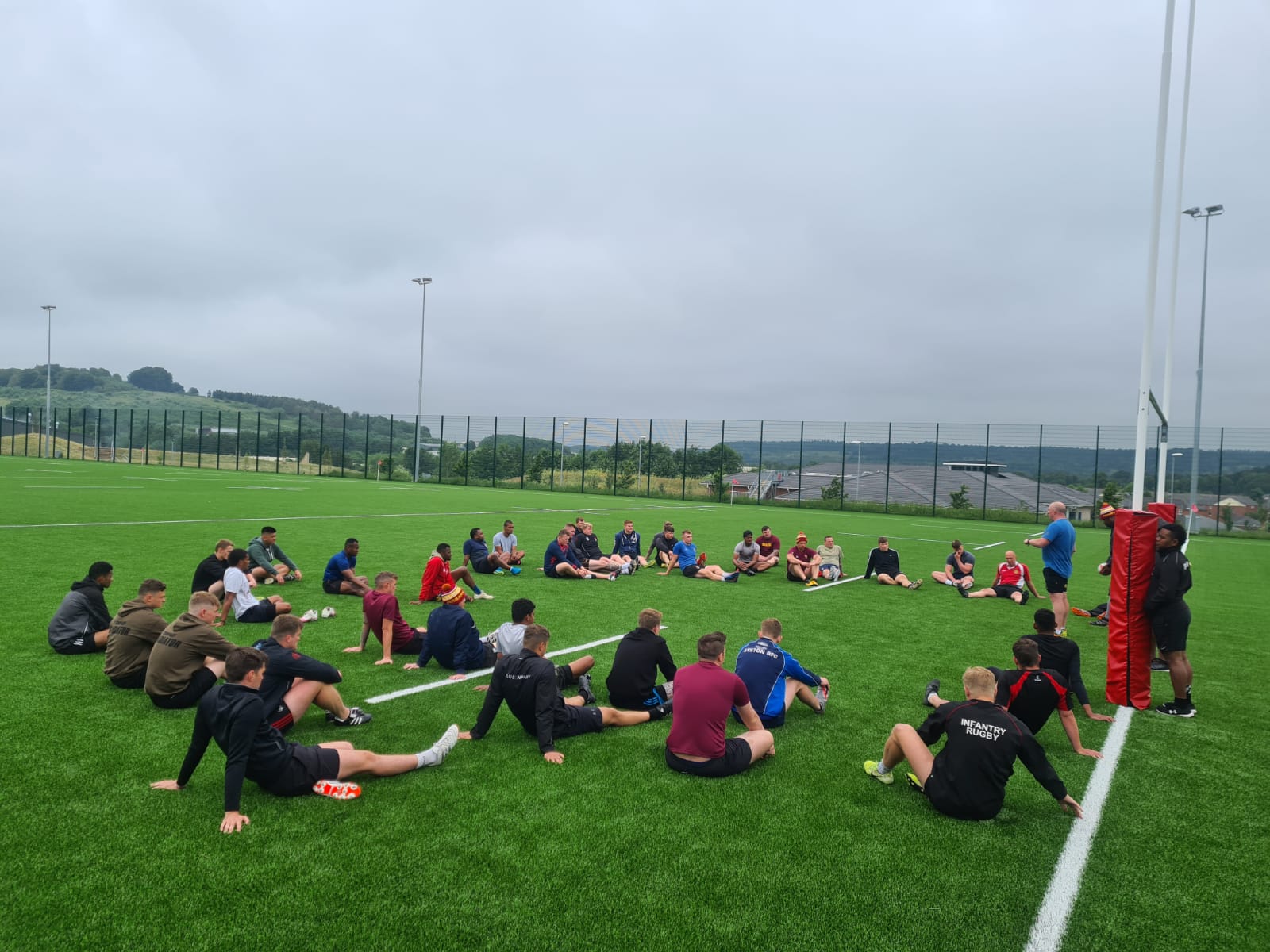 He outlines how this helped to bring people together, both while on tour but also since returning to the UK: “What I tried to do was develop a rugby order to interact with the Estonian people, because it’s a fledgling game out there.

“Within the Battalion I had quite a good basis of players, but across the wider battle group, when we brought in people from different regiments on that tour, we then produced a really good, large group of people who wanted to interact with the Estonian people.

“Especially during COVID, when things were difficult but less restrictive in Estonia, we were among the few people who could leave camp and actually interact with Estonian people and because we had such a good time out there, we’ve got loads more wanting to play and train to keep that going.”

Having that opportunity to interact with local people and form connections with Estonian communities was hugely significant for everyone given the opportunity, helping them experience life outside the camp and support the development of the sport in the area.

The experience of helping to grow rugby locally and play alongside Estonian players, passing on the benefits of their know-how for the game, was a further positive for players from the UK, including learning how to overcome language challenges, which Capt Rutherford explains: “Rugby’s very much a fledgling game in Estonia, there’s only four or five teams across the entire country and they play in a league with teams from Finland. 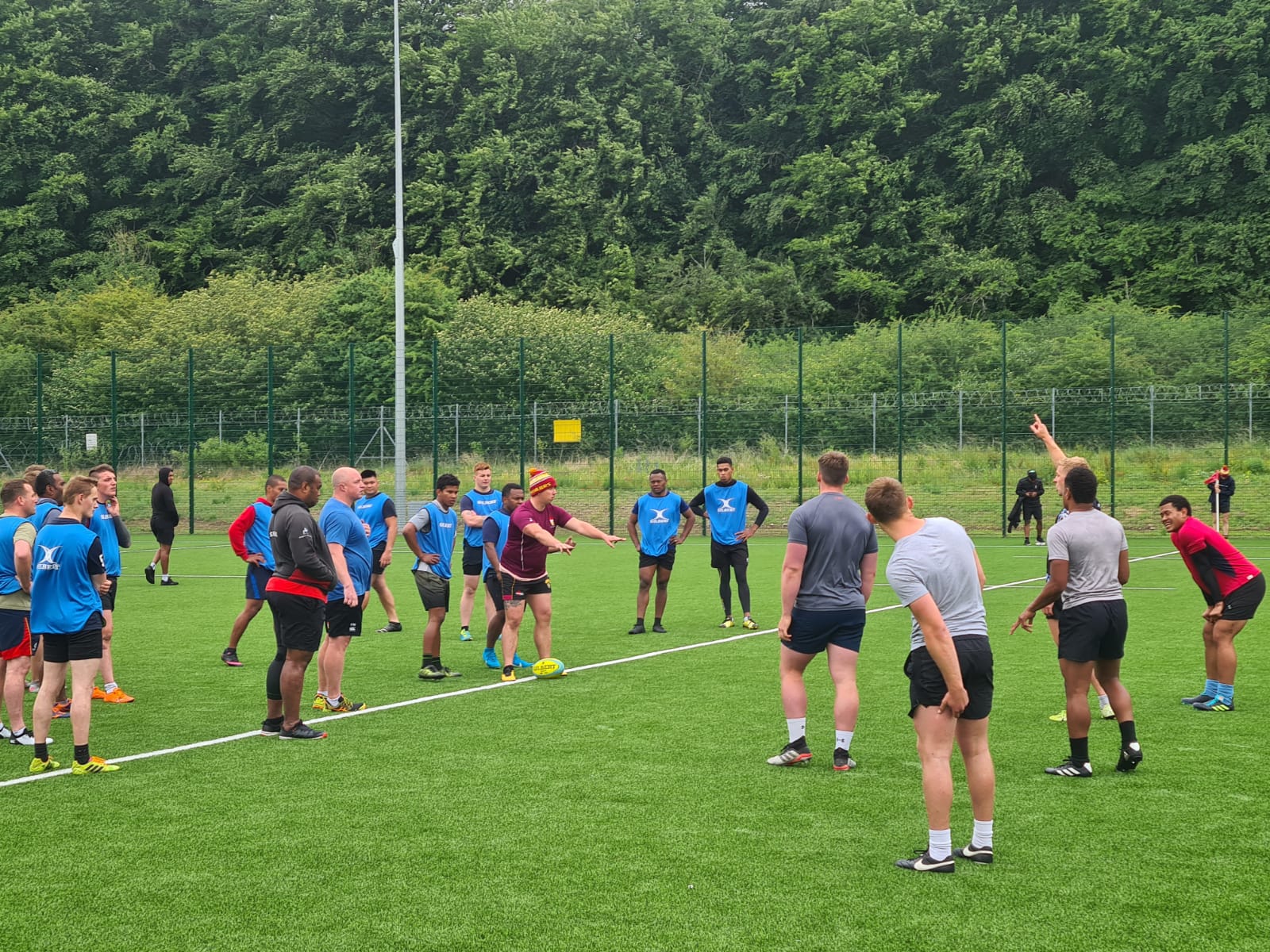 “Because we had some quite good coaches, we were able to help their teams and we ended up playing with one of their teams based in the capital, Tallinn.

“Their English was all pretty good – much better than our Estonian! Even for the few people who couldn’t speak English as a second language, showing them how to do things helped to cross that barrier.

“When the guys went away to play with the team at the weekends they had a really enjoyable experience and a lot of the expat community were part of the club so we were playing with Australians and a few English people as well as Estonians.

“All the crowds that turned up were really engaging with us as NATO troops, as we were at the time, and it was really, really well received.”

Since returning from Estonia, Capt Rutherford has seen interest in playing rugby continue to grow as more and more of his fellow soldiers see the benefit and enjoyment the game brings.

“We’ve found that those bonds have been retained now we’ve been back almost a year and we’ve continued playing in competitions,” he says.

“Eighteen months ago, before we went to Estonia, I was struggling to put together a 15-man team to play friendlies. Now we’re regularly getting 50-60 members in a Battalion turning up twice a week for training sessions.

“Once we get back to full contact, it’ll either turn some people off who are used to playing predominantly touch rugby, or it might turn them on even more.

“As an Infantry Battalion, we’re quite into contact sport – we have a very good boxing team. Rugby clearly is on the increase as the profile of it has been raised in the Battalion and we’ve recently held an inter-company tens competition, which is the first time I can remember it being run in a long time.

“I’m anticipating a bit of a dip in numbers once we go full contact and the weather gets a bit colder, but I’m absolutely ecstatic with the turnout.”