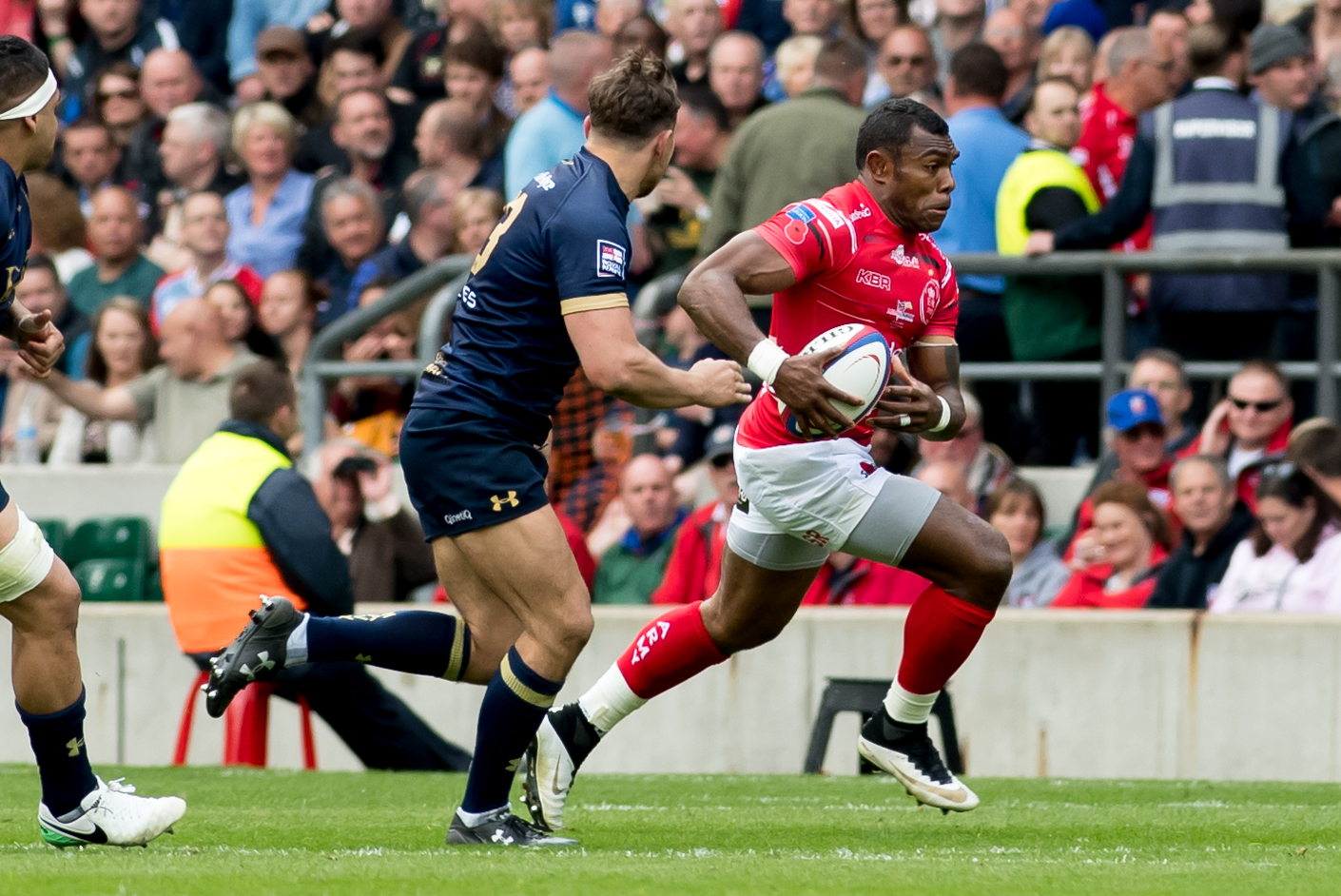 Rokoduguni try not enough for Bath in Premiership derby

By Kimberley FowkeOctober 5, 2021No Comments

LCpl Semesa Rokoduguni (Scots DG) opened his Premiership account for the new season on Friday night, but his first half effort was not enough to help Bath overcome Bristol in a hard-fought and entertaining West Country derby.

The big winger was on the end of a slick handling move at the end of the first half to give Bath a 15-8 lead at a packed Ashton Gate. Bath were worth the advantage, too, having stretched the hosts repeatedly with a fast attacking game plan.

However Bristol came out firing in the second 40, and even though Bath scored a third try 10 minutes into the half momentum began to swing inexorably towards the hosts, who battled their way to a 25-20 final result.

Glasgow got off to a perfect start with a converted try with just 90 seconds on the clock and two more seven-pointers by the end of the first quarter, meaning that by the time Cpl Bean came off the bench in the second half the Warriors were well on their way to the win.

Unfortunately the 35-29 final result may have been bittersweet for the second rower, who saw yellow just a couple of minutes after joining the fray, meaning that he missed the final whistle.

The only game in the Premier 15s to feature an Army player this weekend came in the south west, where Cpl Louise Dodd (QARANC) was a late inclusion in the Wasps starting line-up for their trip to Exeter.

In teeming Devon rain Wasps had the better of the first half, leading 5-3 after having scored the game’s only try to that point. After the break the Chiefs took an increasingly strong grip on the contest, outscoring the Londoners 18-10 during the 40 minutes to win 23-13.

Wasps will have the perfect platform to get back to winning ways next weekend, with their home clash against Gloucester-Hartpury part of a club double-header with the men hosting Northampton Saints in Coventry.