“It’s been refreshing and pleasing that the guys have bought into what we’re trying to do.”

That is the verdict of how the Royal Engineers’ 2021/22 Corps Championship has begun with two wins from two rounds, according to forwards coach, WO1 (RSM) Darrell Ball.

With a third of the campaign already done and dusted the RE are setting the early pace, wins over the RLC and REME putting them top of the table.

But while the Engineers have not been making it comfortable for the management on the sidelines, winning those games with a one-point and five-point margin respectively, RSM Ball says that this reflects the team spirit which has already built within the group.

“Laying the foundations in rugby is easier to sort out than the ethos and team spirit, which happens over a longer period of time,” he says. “So it’s been refreshing and pleasing that the guys have bought into what we’re trying to do. They’ve concentrated on that and that’s really helped in games, especially the win over RLC.

“First and foremost we’re in a results-driven business, so the goal is to be competitive and get into the final. That gives us a purpose and a platform to build towards. The talent in our squad is not in doubt, and it’s good to have a few individuals in the squad who have experience playing at a decent level or who are naturally good, and the combination of all that together has made us competitive.” 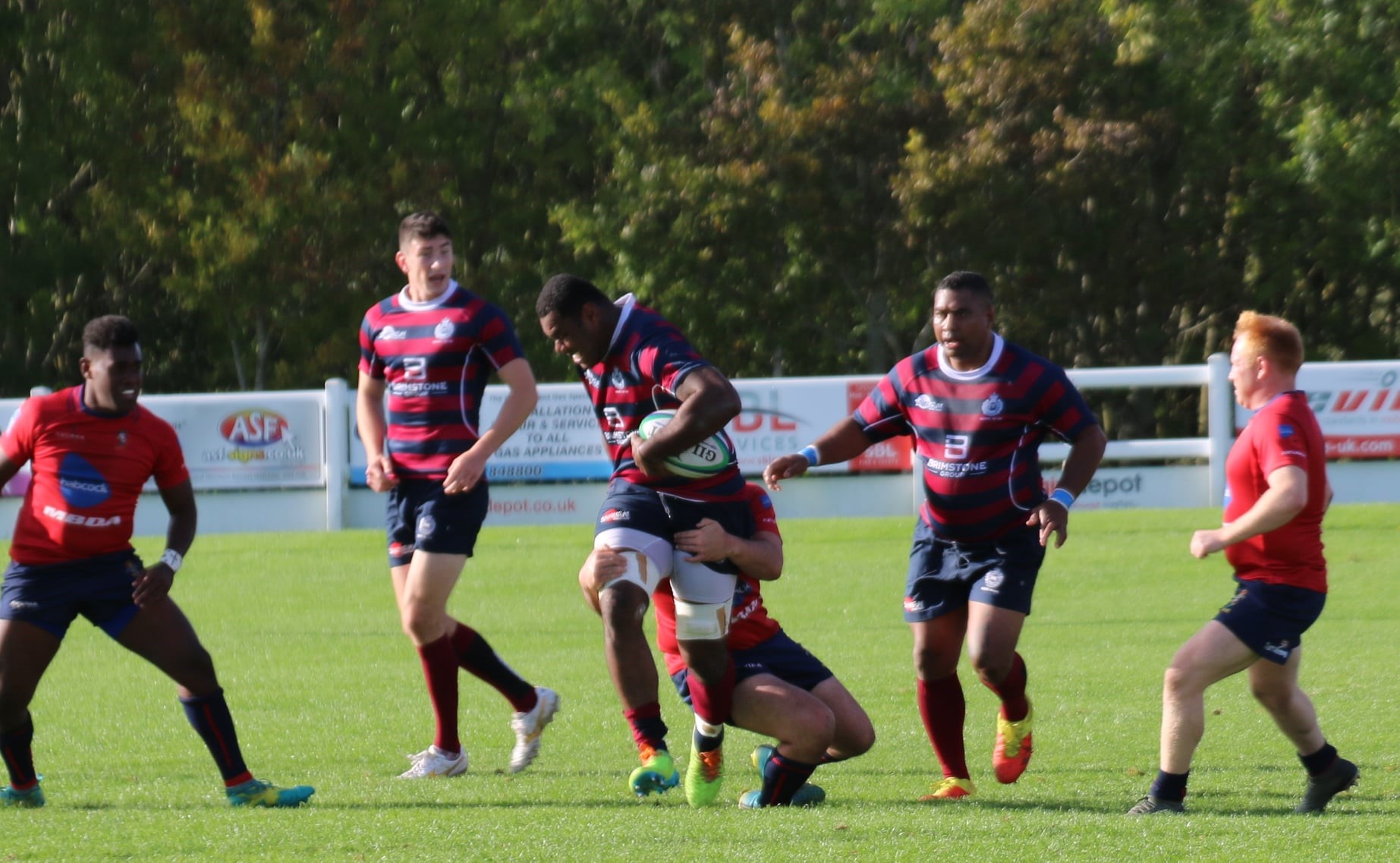 With a 50 percent turnover in players between the last Corps Championship (2019/20) and today, WO1 Ball says that head coach Sgt Gerhard Wessels’ approach has been to take every game as it comes.

“Each game is different, and if the performances we put in bring us the outcome we want then that’s great. The Royal Artillery, who we’ve got next, will be a different prospect to REME were, and we approach the games depending on who we’re playing. It seems obvious, but it requires a bit of work to understand what we’re looking to and the game plan we’re wanting to play.”

With all three Corps Leagues underway, the Army Under-23s building towards November’s Inter-Services Championship and the senior squad already having had their first trials, rugby has rapidly picked up where it left off before the first lockdowns in March 2020. 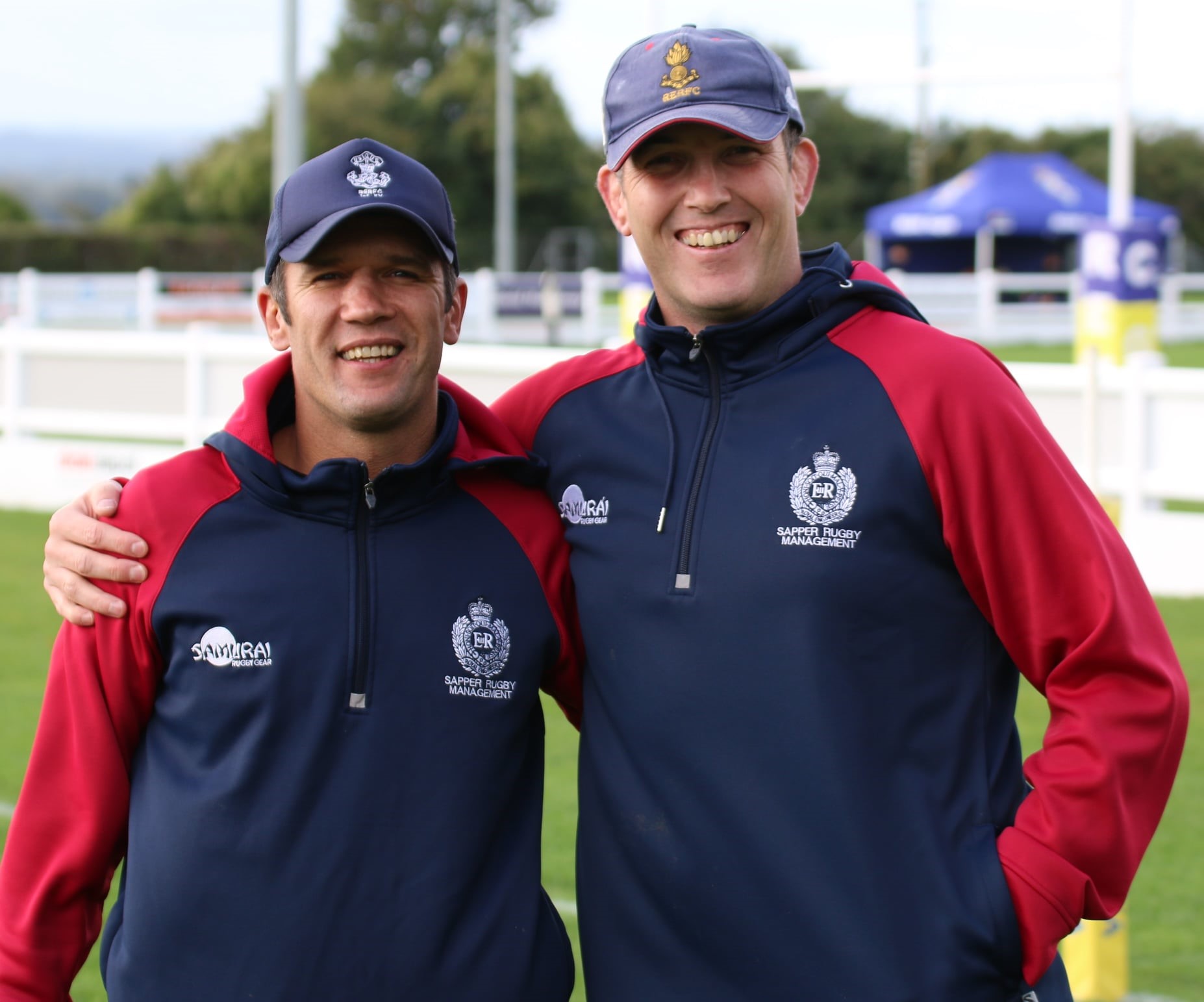 WO1 Ball says that absence has made the heart grow fonder for the sport.

“The hunger’s there,” he says. “In my playing career I’ve been unlucky enough to have two injuries which kept me out of the game for around a year each and I know from my own experience that you appreciate getting back into rugby after lay-offs makes you appreciate rugby more. You play your best because you’ve missed it so much. We’re experiencing that now, which can only be good for our Corps and the other Corps as well.

“The Army and MoD have approached this well. They’ve been cautious with the return-to-play timelines, which has been to the benefit of the whole force, not just the sport. We’re soldiers first and foremost. The guys have benefitted from that in their own jobs, and both Corps and Army rugby have done as well, and they’re in a better place.”

Nevertheless with such a long gap there have been challenges to overcome.

“One of the main challenges was that before we knew it, it was 18 months down the line and no one had played any rugby. It was a massive release of pressure that we were able to get back into rugby and all kinds of sports, plus that some of the guys had not been able to see each other in that period.

“We’re not blessed with a lot of time to train with the Corps. A lot of the onus in fitness and strength is down to the individual, although we do use social media to help with that, but a few years ago we instigated a training camp before the Inter-Corps Festival at the start of the season, which gave us four days of training, going back to basics and building up from there. We had that model already in place for the guys to come back into after an 18 month absence.

WO1 Ball is a firm believer in the virtues of having sport at the heart of Army life, with work and leisure reinforcing the mutual values. But he also says that importance has to be emphasised on ensuring that the individual’s needs are managed, not least in balancing the various demands of Corps, Unit and civilian rugby with the day job.

“There’s got to be a careful balance of playing the right amount of games compared to playing too much, because we don’t want the lads to come back either fatigued or injured,” he says.

“We do support the individual when he’s trying to sort out his game time, and that’s been evident with some of our Army Under-23s being rested this season. We do, however, encourage lads to go and play rugby between our matches to keep them in that mindset, regardless of what processes they have in their clubs.

“Game time is key, but you don’t want the guys to be playing Wednesday and Saturday and training between that. It’s making sure that bodies can have the right amount of time to rest and recuperate, and having a big enough squad to allow rest as and when people need it.

“We’re mindful about the careers as well, because the players have to be fit for their work.” 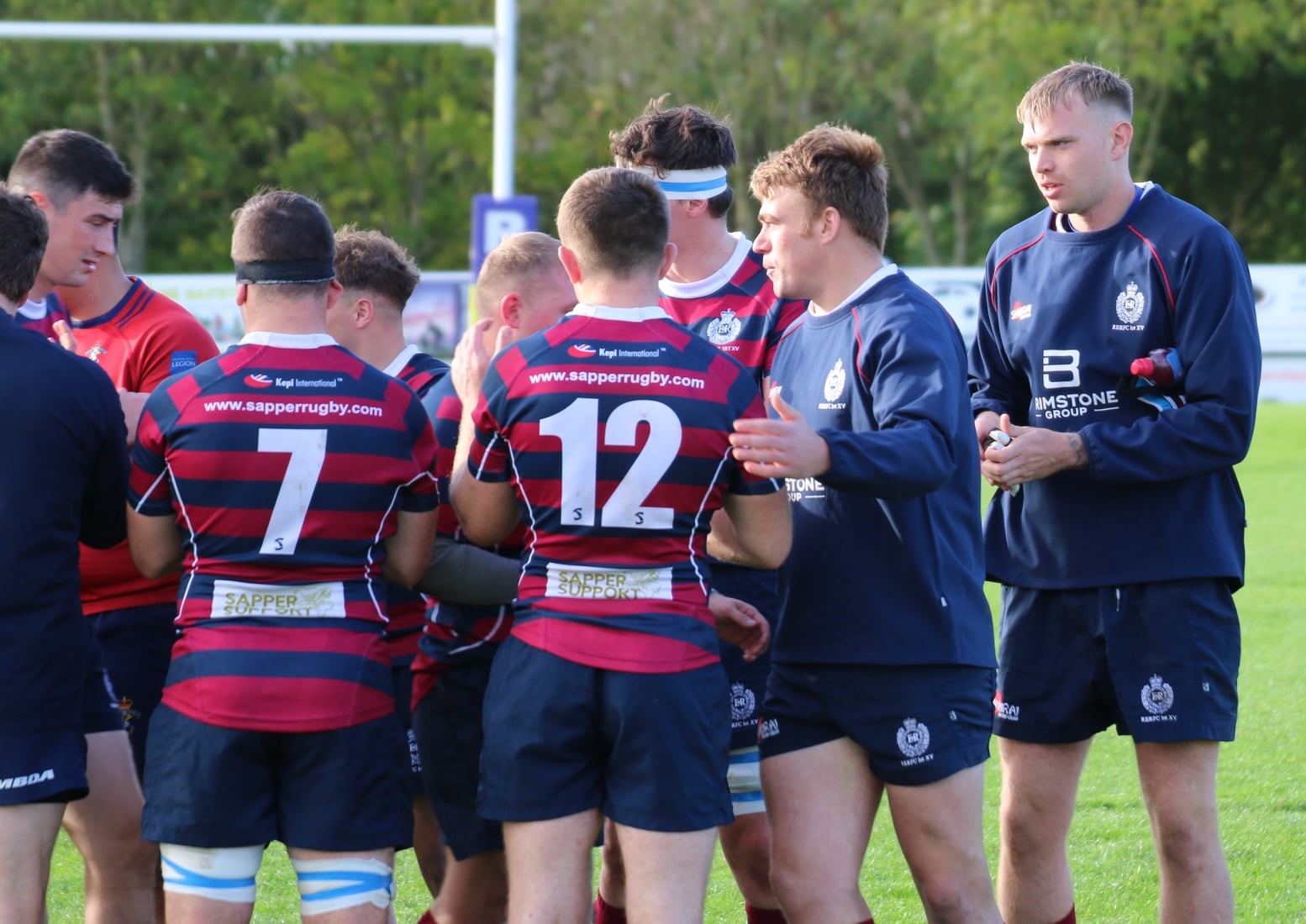 For this season the RE have made their home at Medway RFC in Rochester, a decision which has also been paying dividends on the pitch.

“Moving to Medway RFC has been good for us,” WO1 Ball says. “We’re away from barracks, the lads can relax away from the workplace. Medway’s staff have been supportive with what we’re trying to do. It’s a good local town club.”

Next up for the RE is the Royal Artillery on November 3rd. The RA lost their first game to REME but comfortably beat RLC last time out. Nevertheless, from the standards he’s seen from his own team WO1 Ball believes that everything is in place for the Engineers’ winning run to continue.

“It’s as good as it has been, judging by the last game we had against the REME, and the way the players are managing the game and approaching the game has been impressive,” he says. “It’s giving the coaches a good feeling as we’re exceeding expectations, and that can only be a good thing going forward.”