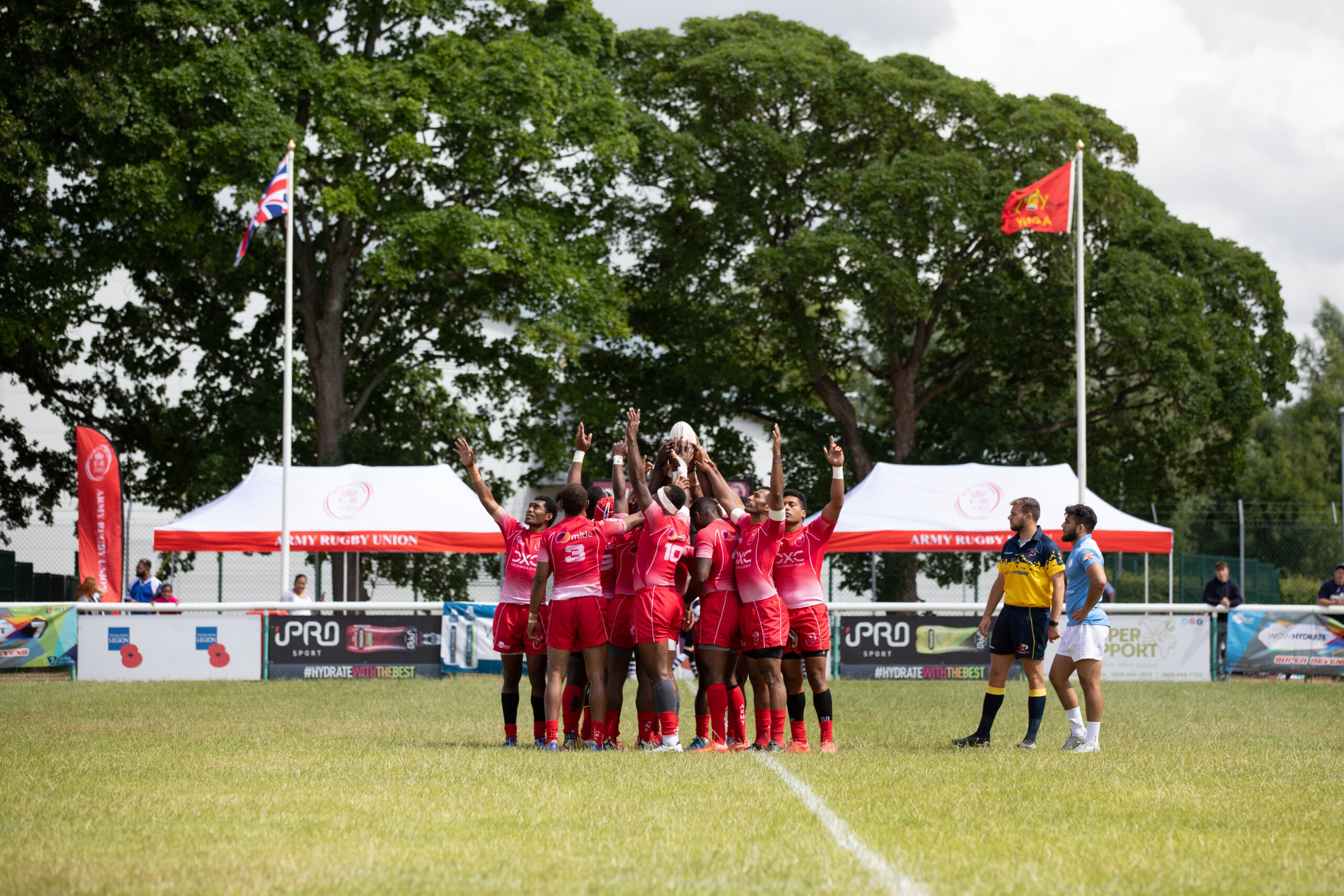 The Army Men’s Sevens team had a case of déjà vu in the final round of the 2022 Super Sevens Series as they exited the Cup competition at the semi-final stage, while for the Women there was a piece of silverware for the trophy cabinet to sign off the campaign.

Having worked their way through the pool matches with comfortable wins over Nigeria Stallions (32-0) and Lions (31-17) sandwiching a 24-21 nailbiter against the Barracudas which was only sealed with the final play of the game, the Army headed into the quarter finals to play Apache.

This, too, proved to be another game which kept the Army’s supporters on the edge of their seats as the teams matched each other throughout the contest. All the points were scored in the first half, but the Army’s two tries were enough to progress, 12-7 the final scoreline.

The win put the Army into a semi-final against Scimitar Storm, who had pipped the red shirts to the Cup title in Stafford with the latest of scores.

And so it proved again in Aldershot, as the Army were not able to fully capitalise on their game management and the opportunities they created, only crossing the line twice with no conversions.

One spell of pressure on the Scimitar line which ended in a turnover buoyed the Storm, who scored a pair of tries in quick succession, with the winner coming in the final play of the game, 10-12 the final result.

The Army’s 12 league points kept them in third place in the Super Sevens Series table, a creditable finish in a competition which has significantly improved in 2022. 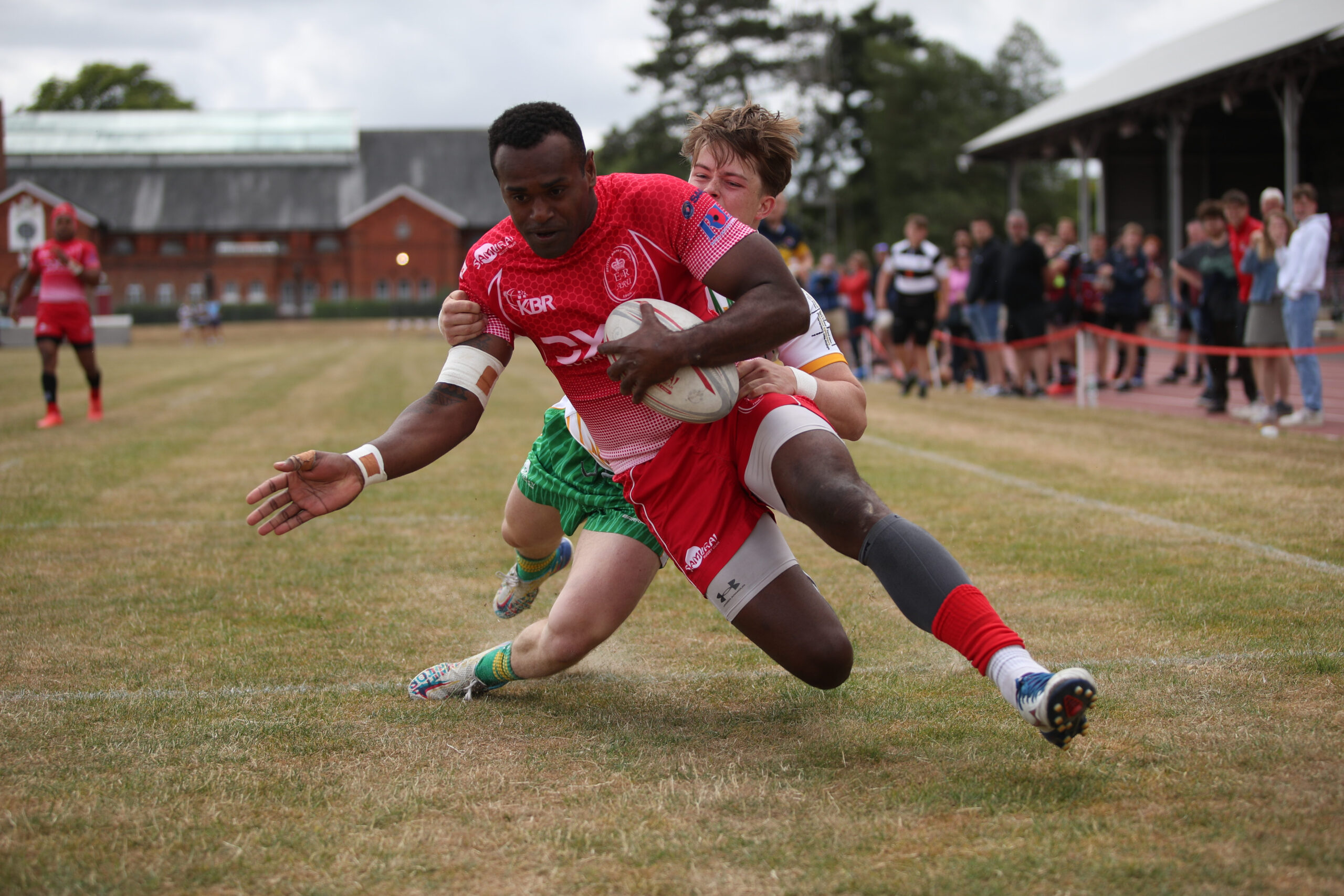 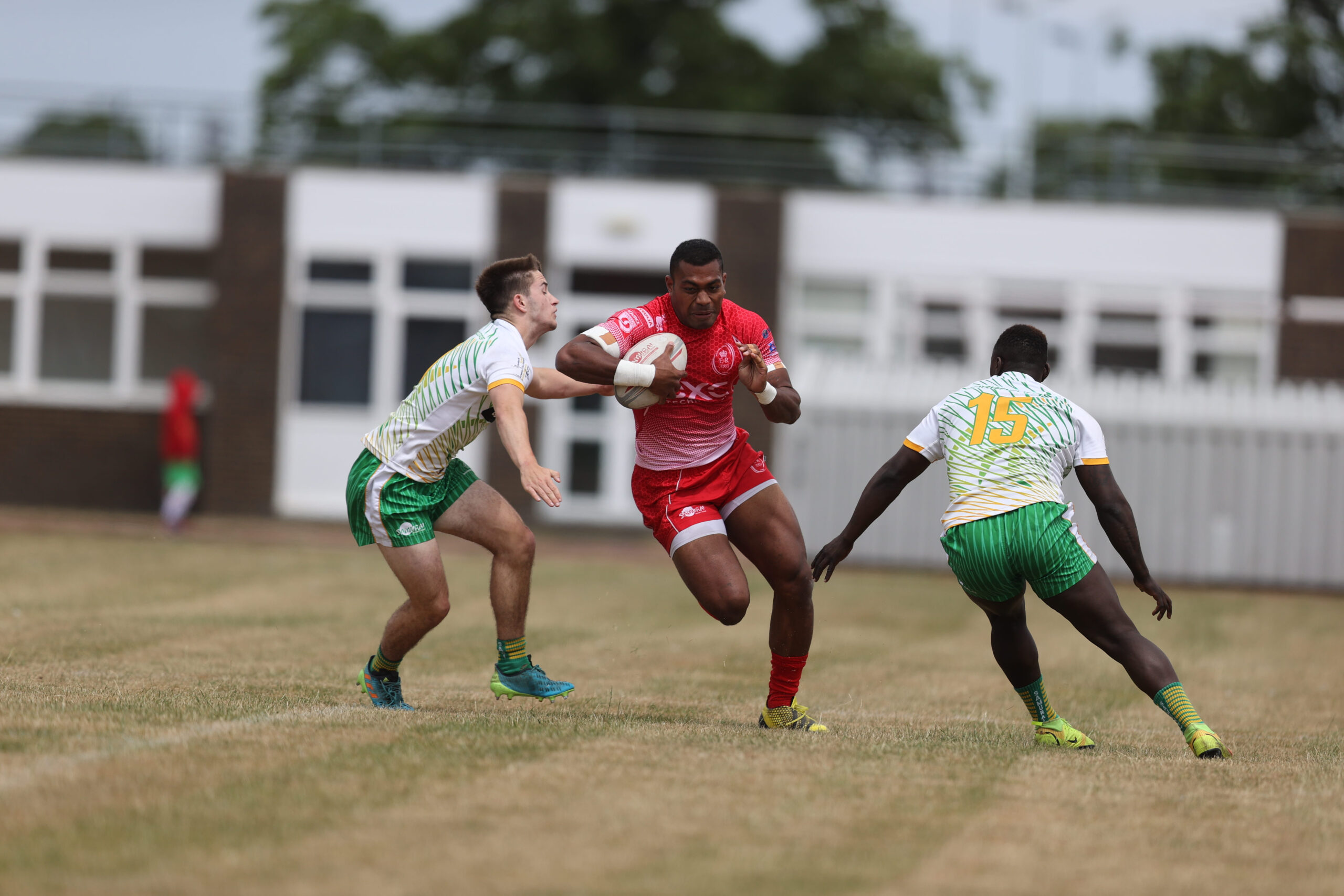 The Army’s Women had a challenging day in which they had to cope with the absence of no fewer than 12 players from squads who had played in previous rounds.

With the team having to gel at the deep end of competition it proved to be a tough pool stage, with losses coming against Scimitar Storm, Lionesses, Samurai and Bristol, all games in which the Army’s workrate and commitment was clear, along with some eye-catching tries.

Nevertheless, the format meant that they ended the day with a chance of a trophy, playing Hong Kong in the Bowl Final, and it was here where the day’s efforts paid off, with the international team seen off 20-12. 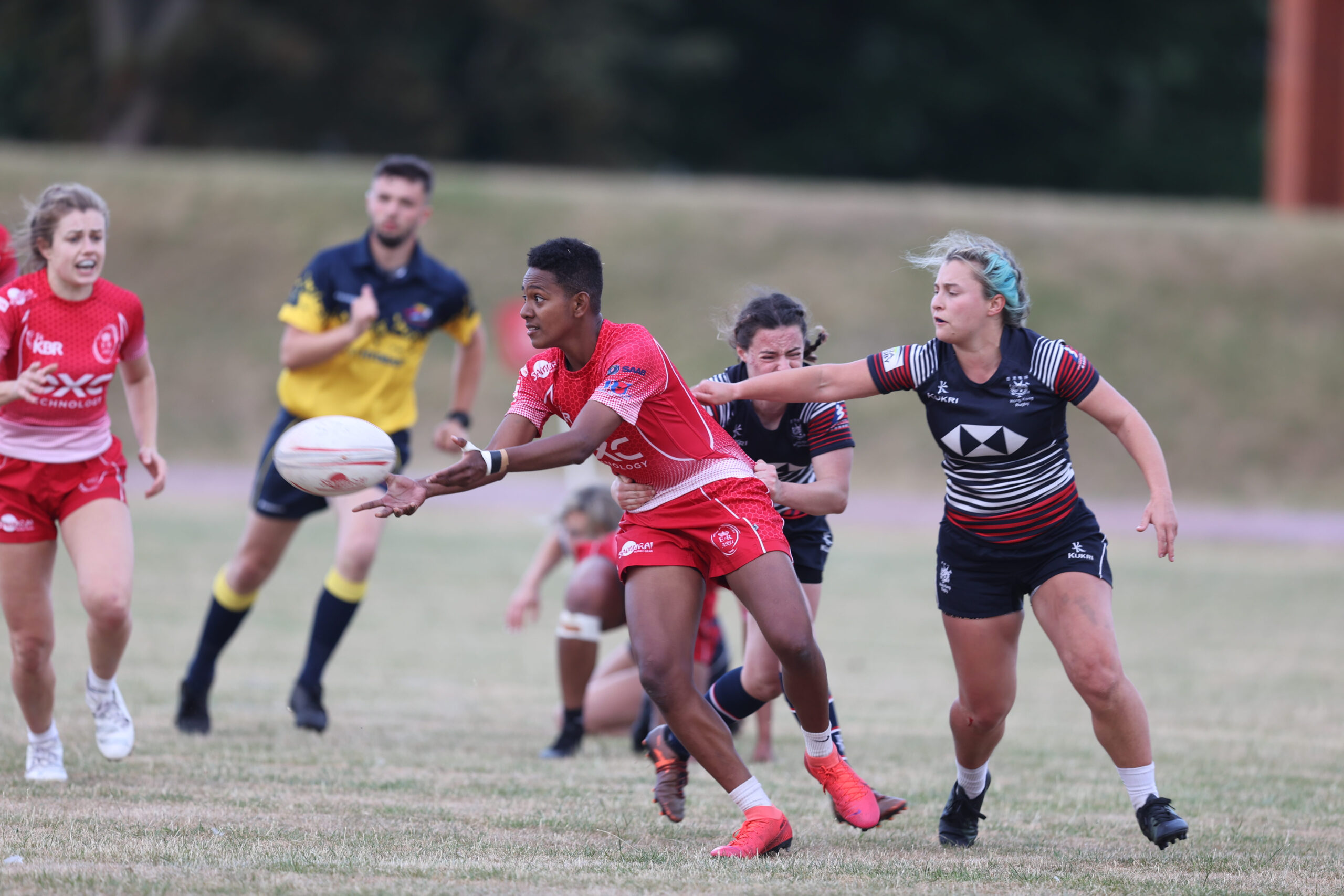 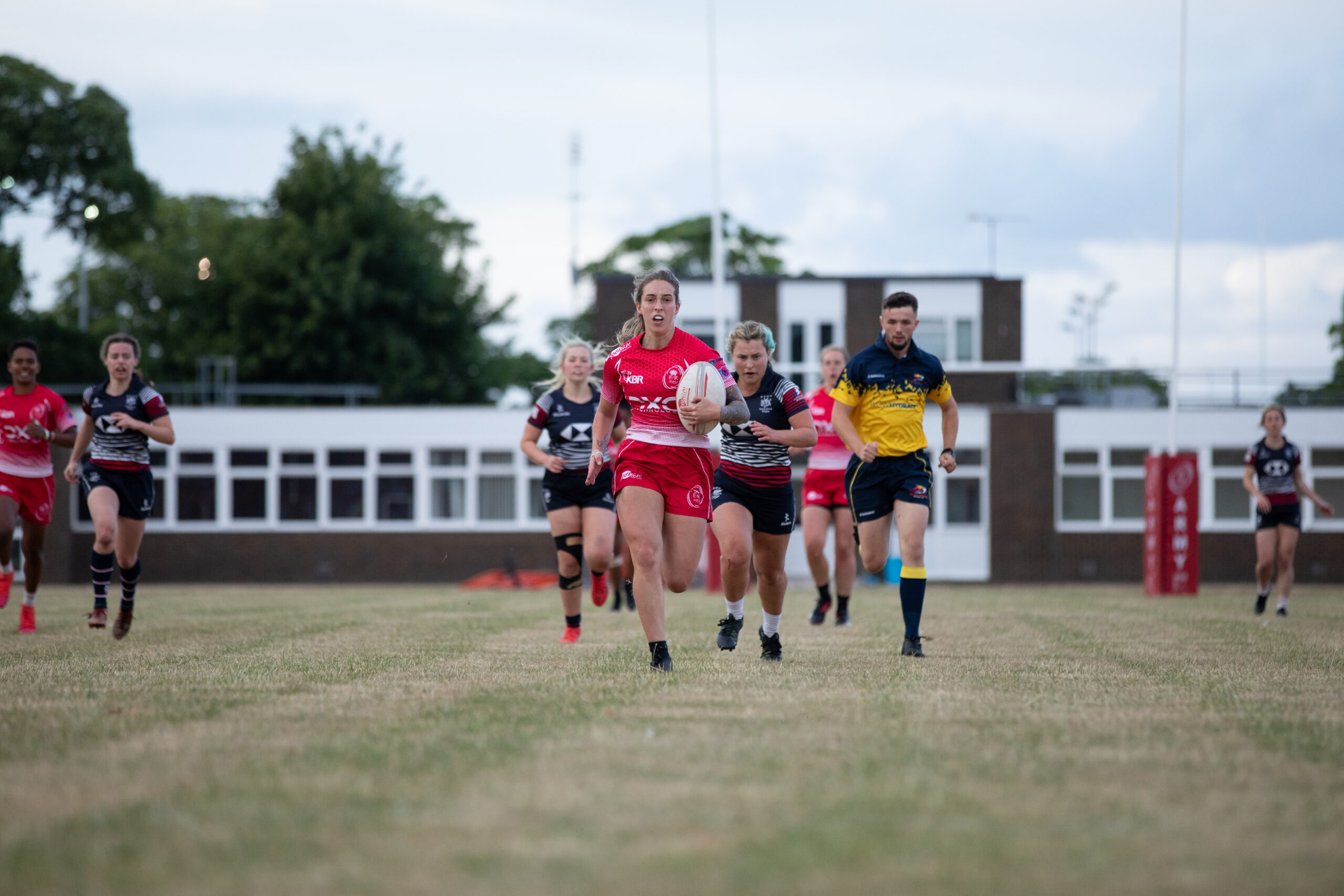 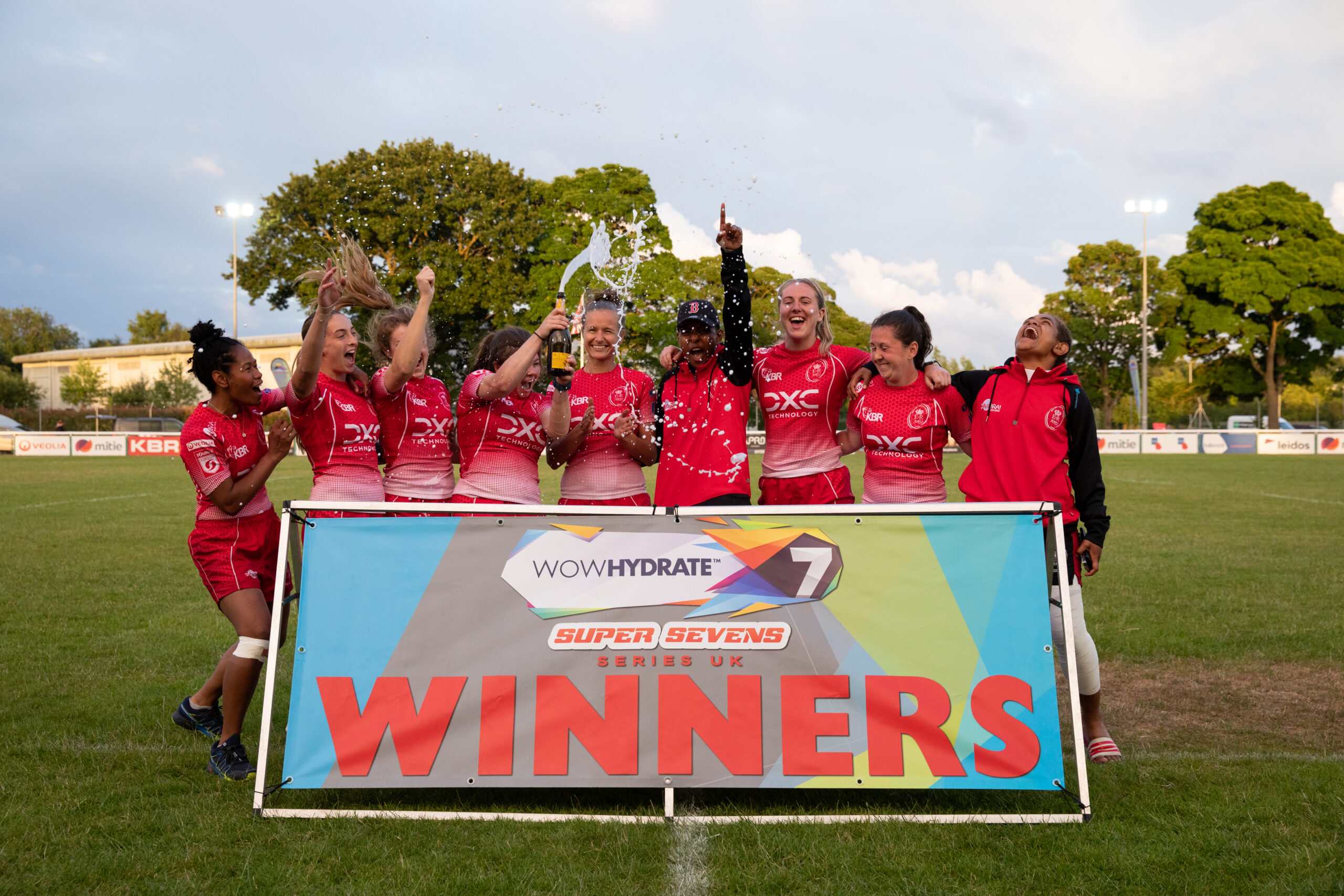 While the Super Sevens Series took over both the rugby and football stadiums, over the road on Queens Avenue the annual Armed Forces Day Invitational Sevens brought together military and civilian teams for a festival of rugby.

After some last-minute pool readjustments the teams got on with the action, with REME’s men and Hammerhead Women winning the respective Cup competitions, and Royal Signals men and Lyneham Lightning taking home the Plates.

Tournament organiser Capt Jeff Howard (R Signals) says that the day is a fantastic opportunity for Army teams to engage with their civilian counterparts.

“Everyone’s been getting used to playing rugby again, and the Corps have just had their first full year back,” he said. “Seeing them mix with the civilian teams, you can see them engaging with each other throughout the day, and the Corps teams asking the civilian teams about the game and how they’re working. You could see how it’s really quickly developed from last year and we’re already looking forward to next year now.

“The commitment from the teams who turned up was brilliant and it’s really good to have the mix of Corps teams, the Navy’s development team, the Stingrays, and a couple of the development teams from the Super Sevens Series. 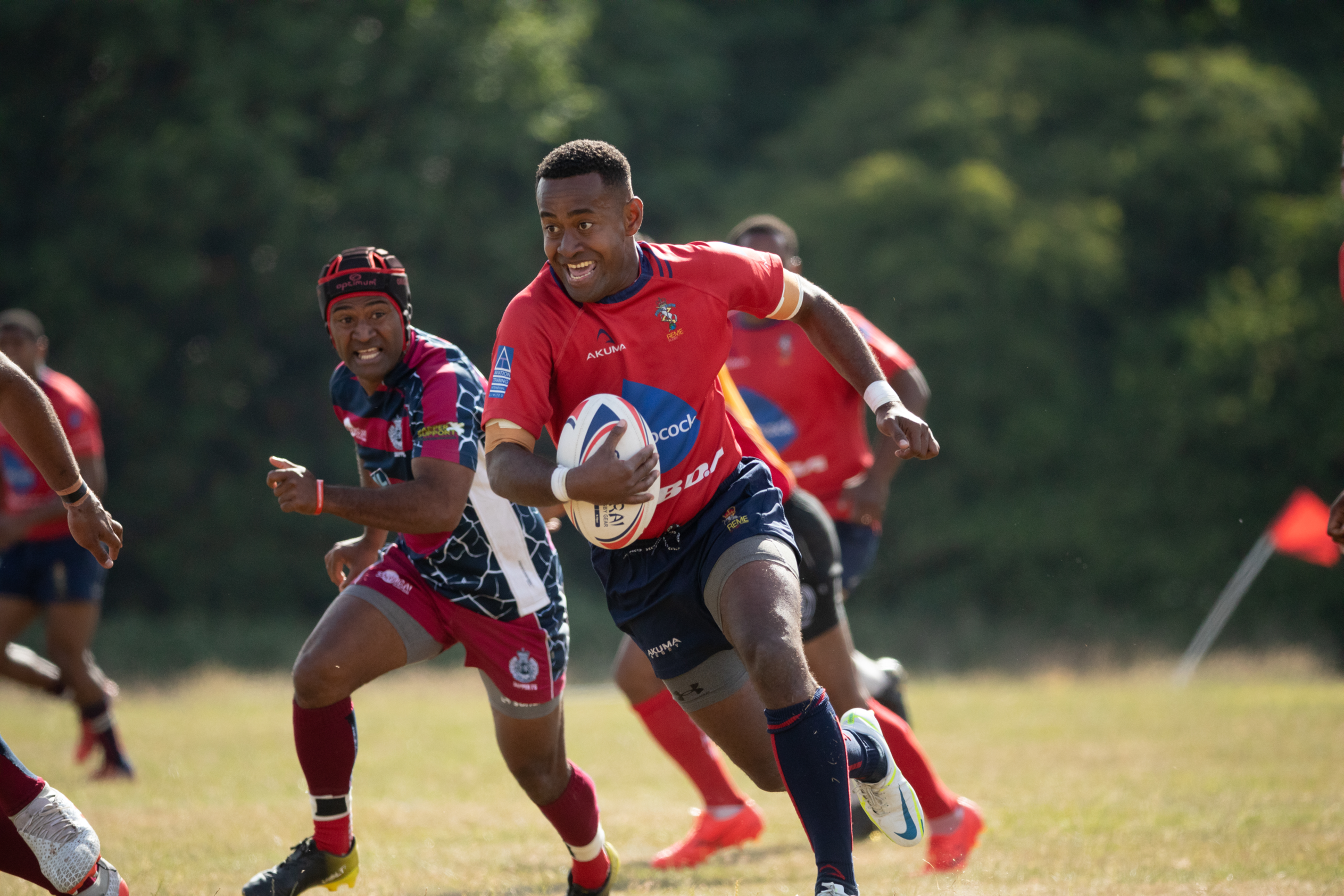 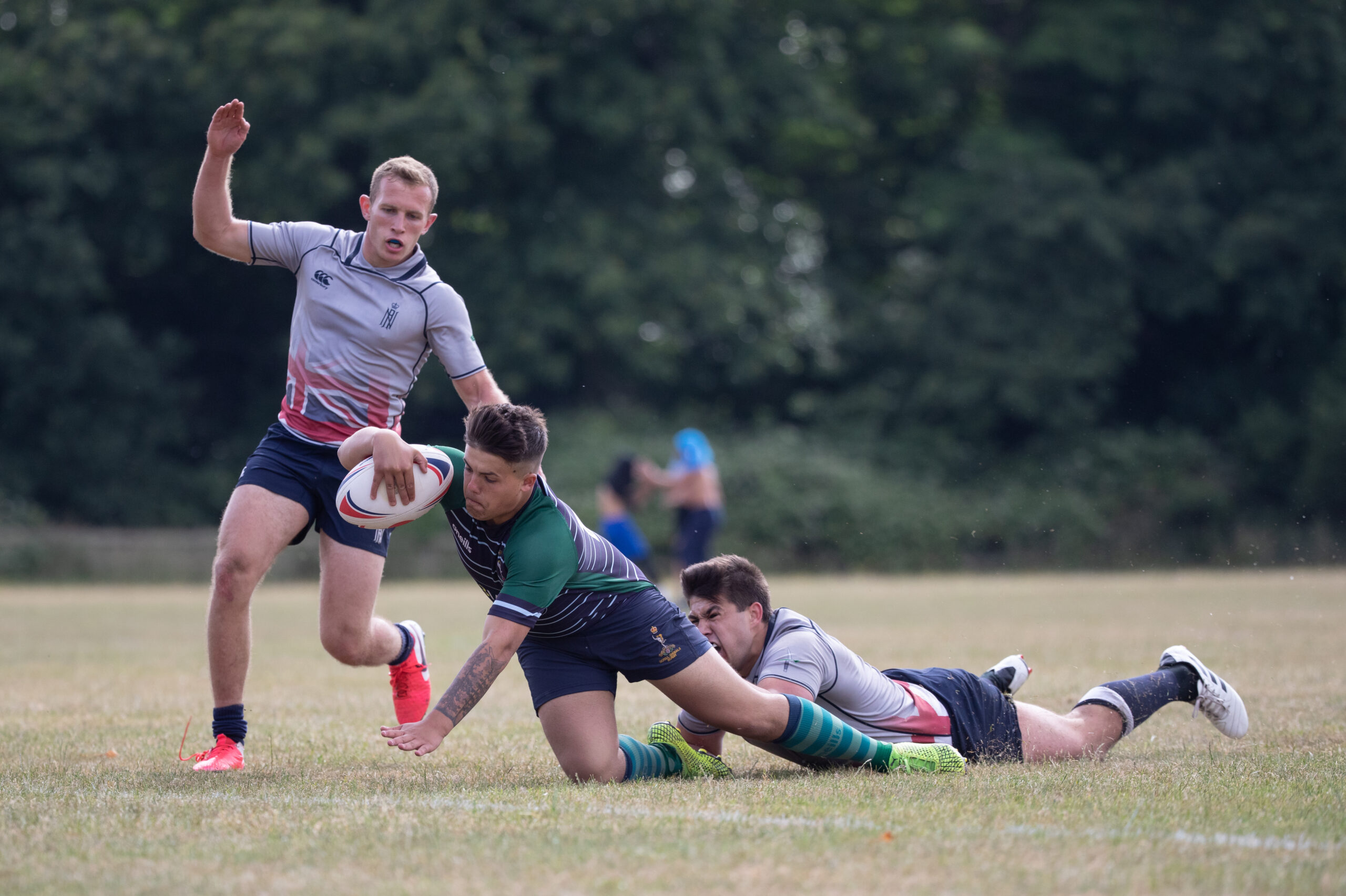