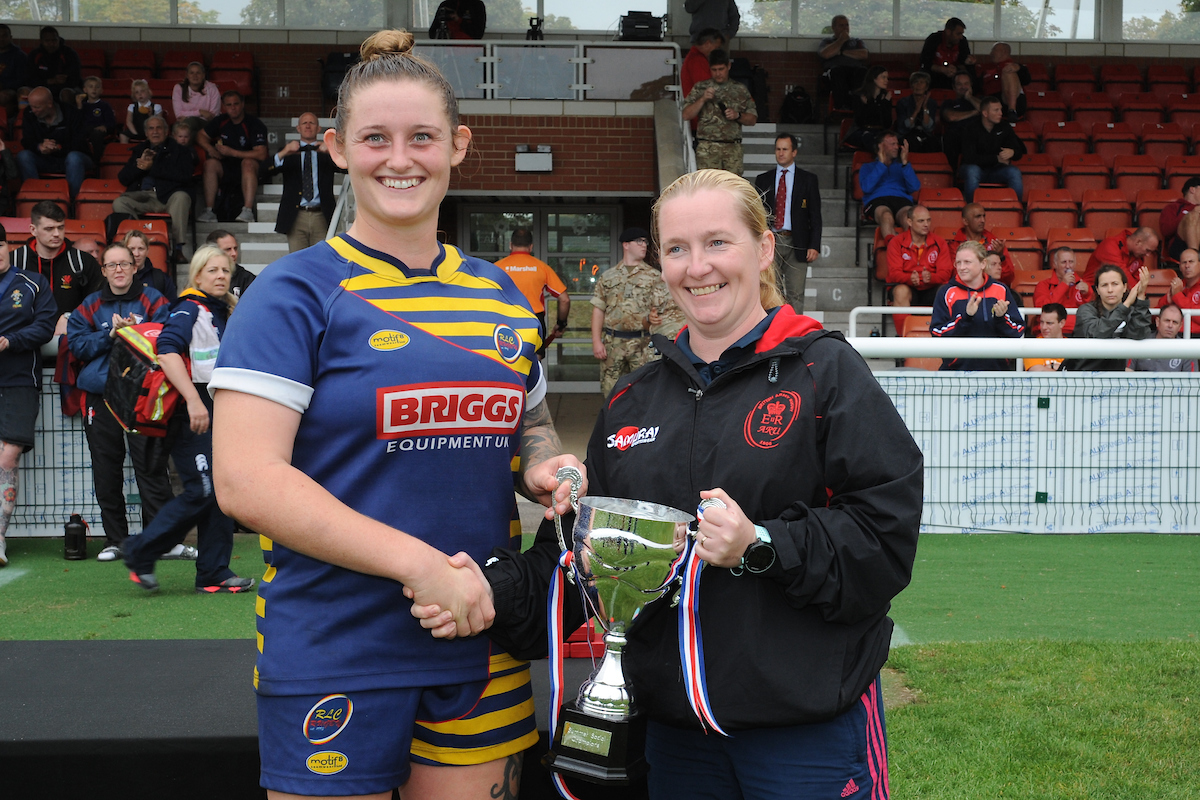 Cpl Becky Wilson (RLC) is set to be the seventh Army Senior Women’s player to experience life in the Premier 15s this season after having been named on the Harlequins bench for their home clash with Worcester on Saturday.

Harlequins have made 10 changes for the game at Surrey Sports Park (KO 13:00) which could see them clinch a home semi-final if results elsewhere go their way.

Cpl Wilson will have familiar faces alongside her in the squad, with Capt Alexandra Eddie (QARANC) and Sgt Jade Mullen (AGC (SPS)) starting in the second row and at full back respectively.

The Premier 15s has had a two week break during the Six Nations period, with Harlequins looking to extend their five-match unbeaten streak into the penultimate round of competition.

Hot on Quins’ heels are Wasps, whose own good form has secured them a semi-final spot with two rounds to go. They include SSgt Sarah Mitchelson (RLC) on the flank for their trip to Gloucester-Hartpury, who returns to the forwards after a one-game outing in her former position in the centres for their game-in-hand win over DMP Durham Sharks a fortnight ago.

Gloucester-Hartpury have had a healthy campaign and are safely secured in mid-table thanks to five wins in their last seven matches, so this will be a challenging journey to the west country on Saturday.

KO is 13:00 with live coverage on the Hartpury Sport YouTube channel.

Fresh from International duty with Wales, Capt Gemma Rowland (RA) is named on the bench for Bristol Bears in their last home game of the season v DMP Durham Sharks.  Bristol had a highly successful trip to Darlington when these two teams met previously back in December and they will be looking for a repeat of that performance this coming weekend.  The match at Shaftesbury Park kicks off at 1300hrs.

In the Men’s game there is just the one Army Senior representative, Cpl Lewis Bean (Rifles), who is in Bedford’s starting line-up for their Championship home game against Richmond on Saturday afternoon (KO 16:15).

Cpl Bean has retained his place in the team, with the Blues coaches making seven changes from the starting line-up which ran out at the StoneX Stadium to face a star-studded Saracens outfit last Sunday.

Bedford have had a tough opening five weeks of the season, with a Round 2 home victory over Hartpury their only result in the ‘W’ column, but they have every chance of adding to that against a Richmond team which has found life difficult in the Championship so far in 2021.

This game is being live streamed on the Championship website.