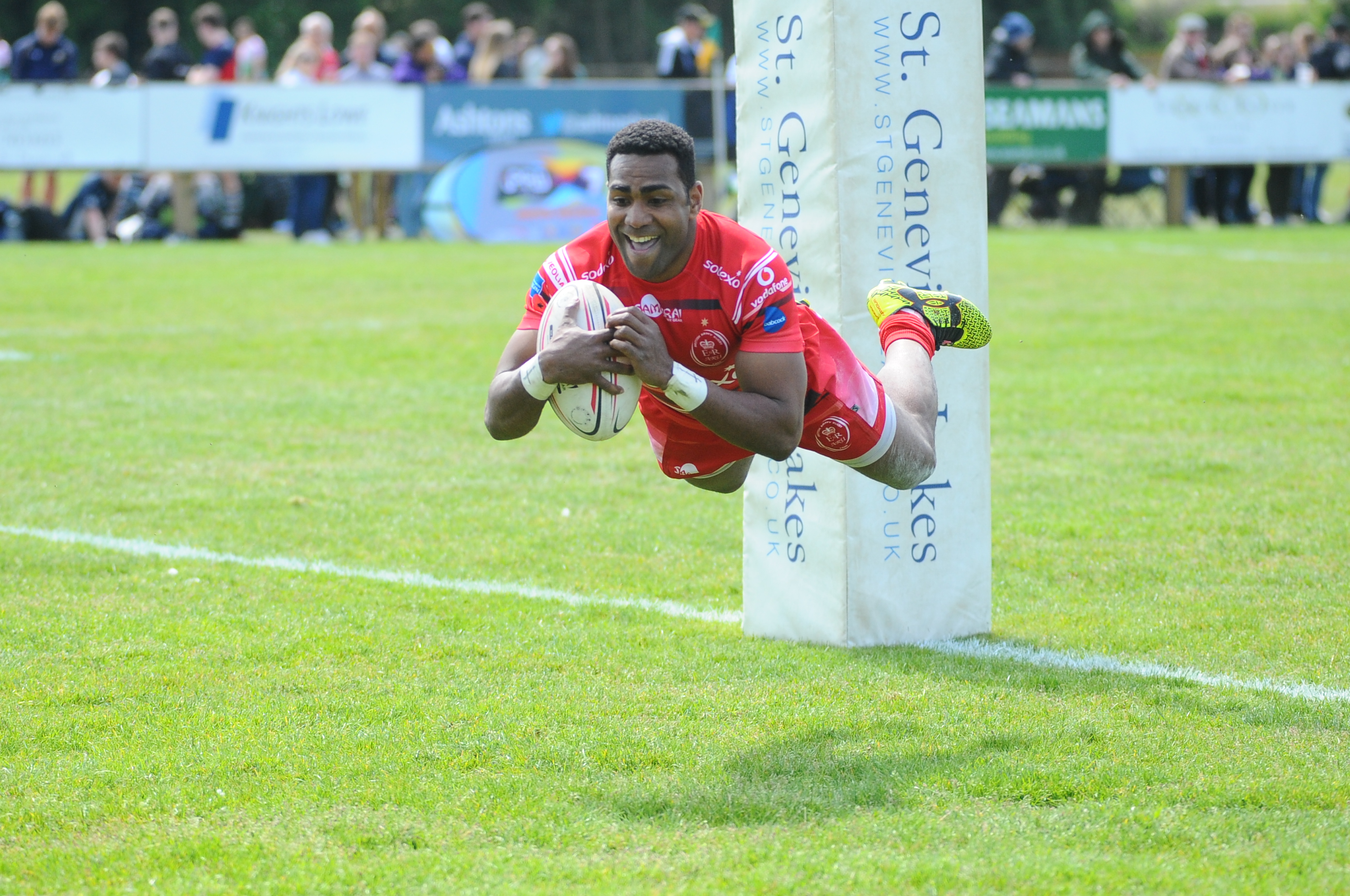 Army 7s burn it up at Bury Supper Sevens Series

The Army 7s team took all the positives from a ‘Bowl win’ at the Rosslyn Park Floodlight Sevens on Thursday to put in arguably their most impressive performance over the last three seasons in winning the first leg of the IPRO Great Britain Super Sevens at an extremely well run event at Bury St Edmonds Rugby Club. 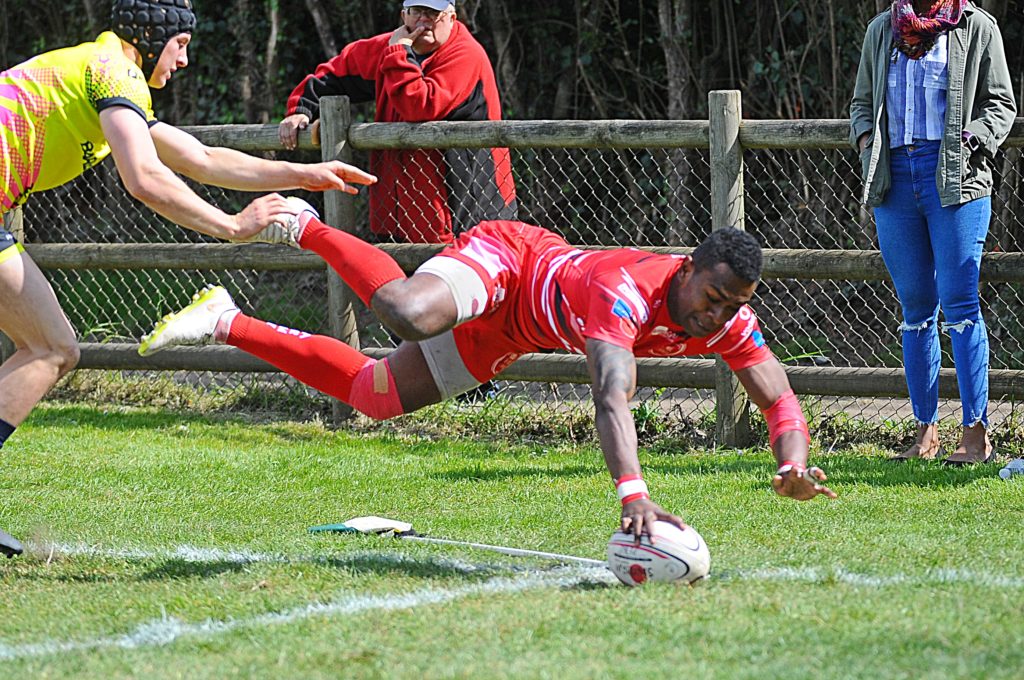 The Elite pools read like a ‘who’s the best 7s teams’ lists; including England, Ireland, France, Jamaica, Worcester Warriors, Northampton Saints, Apache and Wailers 7s,. The Army were in a pool with Esher, J9 Bears and Samurai Reds, we kicked off the competition against Samurai Reds, and for those who play 7s on a regular basis know the first game always take a while to get going…. a 17-10 win was good enough and had the heart and lungs working a bit faster than they had an hour before. The second pool game was against the fancied and powerful J9 Bears, a fast and big invitational side who would eventually beat Ireland in the main quarter finals but were not good enough against the REDS 7 with the Army side running out comfortably winning 36 – 12; up for the last league game was National League 1 side Esher Rugby who had also been at Rosslyn Park, another strong performance had the Army team running out comfortably, meaning a progression into the main quarter final. 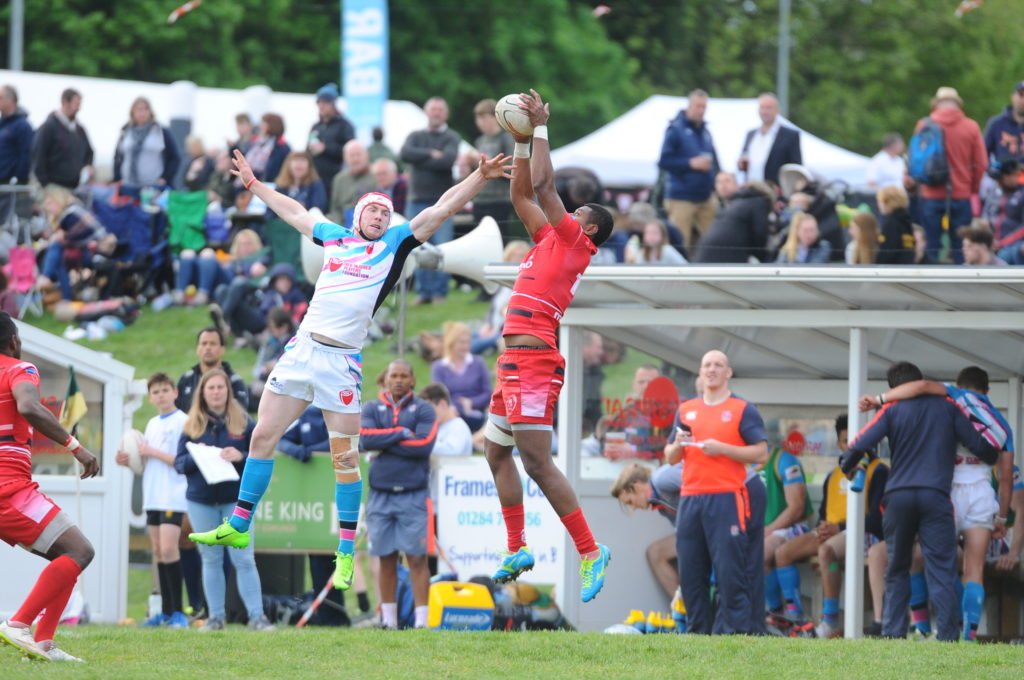 Our opposition was France who had cruised through their league and were typical French players playing with Gallic flair. The game was a very tight one, the French took an early lead 5-0; however the REDs pulled it back and then scored and converted to lead 12-5, with one minute to play in the second half the French scored in the corner but missed the conversion to see the Army side win 12-10 in a dramatic and bruising encounter……..into the semi-final. 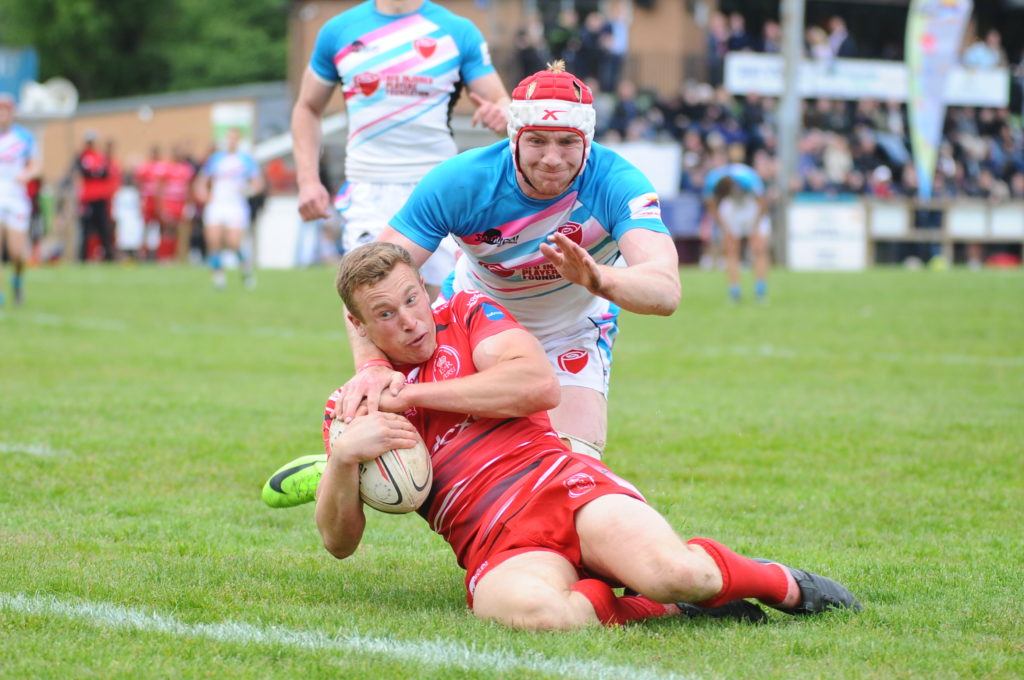 Up next then a certain England Development VII who had all the skills that you would associate with players striving to make the cut into the National team. This was both teams fifth game in five hours, and legs were starting to feel heavy, very heavy……… The Army pushed the young England charges around the field and made them work exceptionally hard and lead 15-14 at half time, a thrilling second half had both teams giving no quarter, a large crowd was seeing sevens rugby being played at the very top level, both teams exhausted at full time but the REDs with a very big, all be it, heavy breathing smile on their face, final score 27-24. The other semi-final was just as bruising match with Samurai International (full of top quality and experienced International 7s players and last year’s GB Championship series winners) beating the J9 Bears. 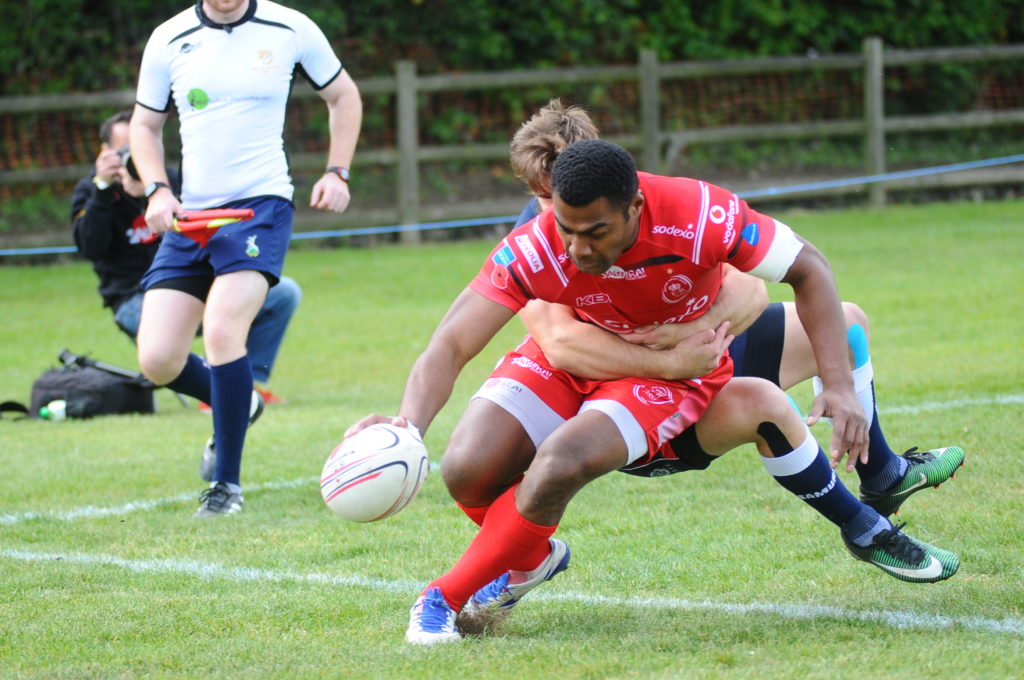 So approaching 1845hrs and the light dimming the Army warmed up for a final and sixth time to play Samurai International, a large and passionate crowd had stayed to the end to watch their ‘home side’ Samurai put the REDs to the sword, the Army players performance had improved with every game, and the final was no exception; the REDs smashed their way to an unbelievable 19- 0 half time lead, the Samurai players were visibly shell shocked, second half under way and the Army team kept up the high tempo and pressure, tackle after tackle, forcing the experienced Samurai players back and back towards their try line, this was truly a heroic performance in the RED Army shirts, bravery and commitment by all, not a backward step taken, the final whistle went and the Army 7s won 36-5. Samurai Head Coach and past Gloucester and London Irish player Peter Richards was gracious in defeat informing his spent players they were a great team of individuals BUT had been beaten by a great TEAM. So ‘Leg One’ done, next up, the fun and frolics of the Bournemouth 7s on Sat 27 and Sun 28 May 17 and then round 2 of the GB super series in Maidenhead Rugby club on Sat 10 Jun 17, sleep tight all, our team will! 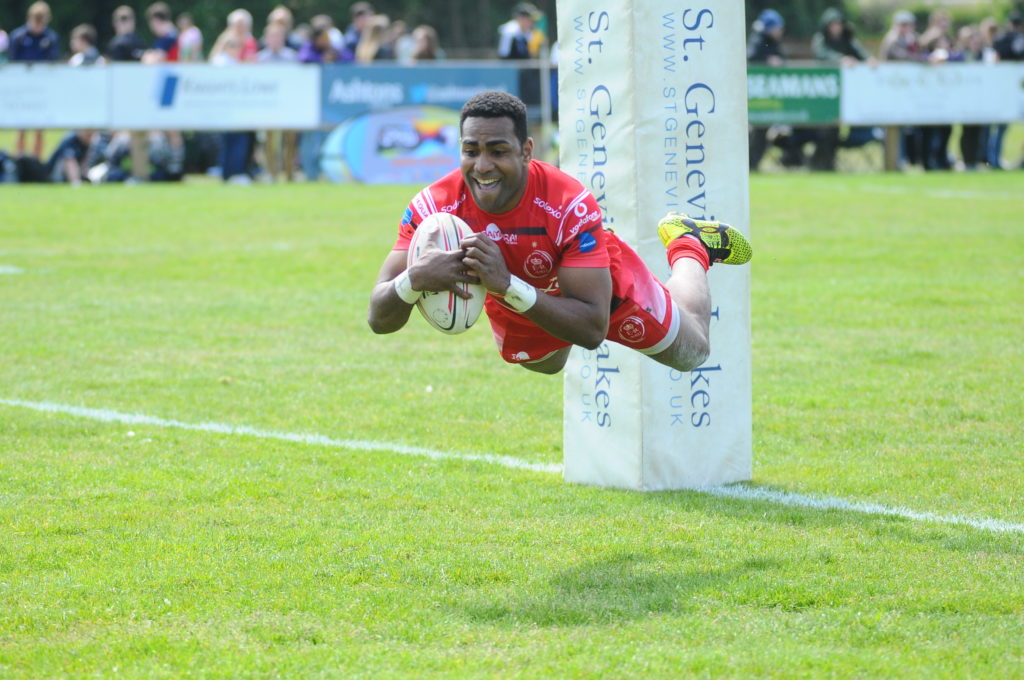 For great images of the Army 7s in action visit – http://armyrugbyimages.com/?product_cat=2017-green-king-ipa-7s all free to download. 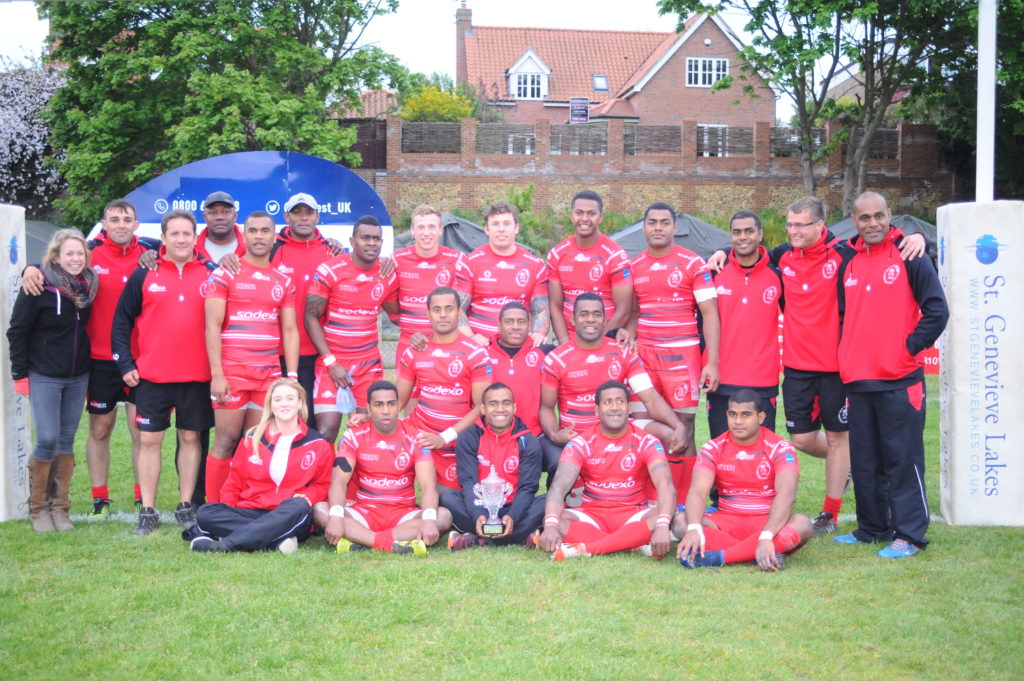