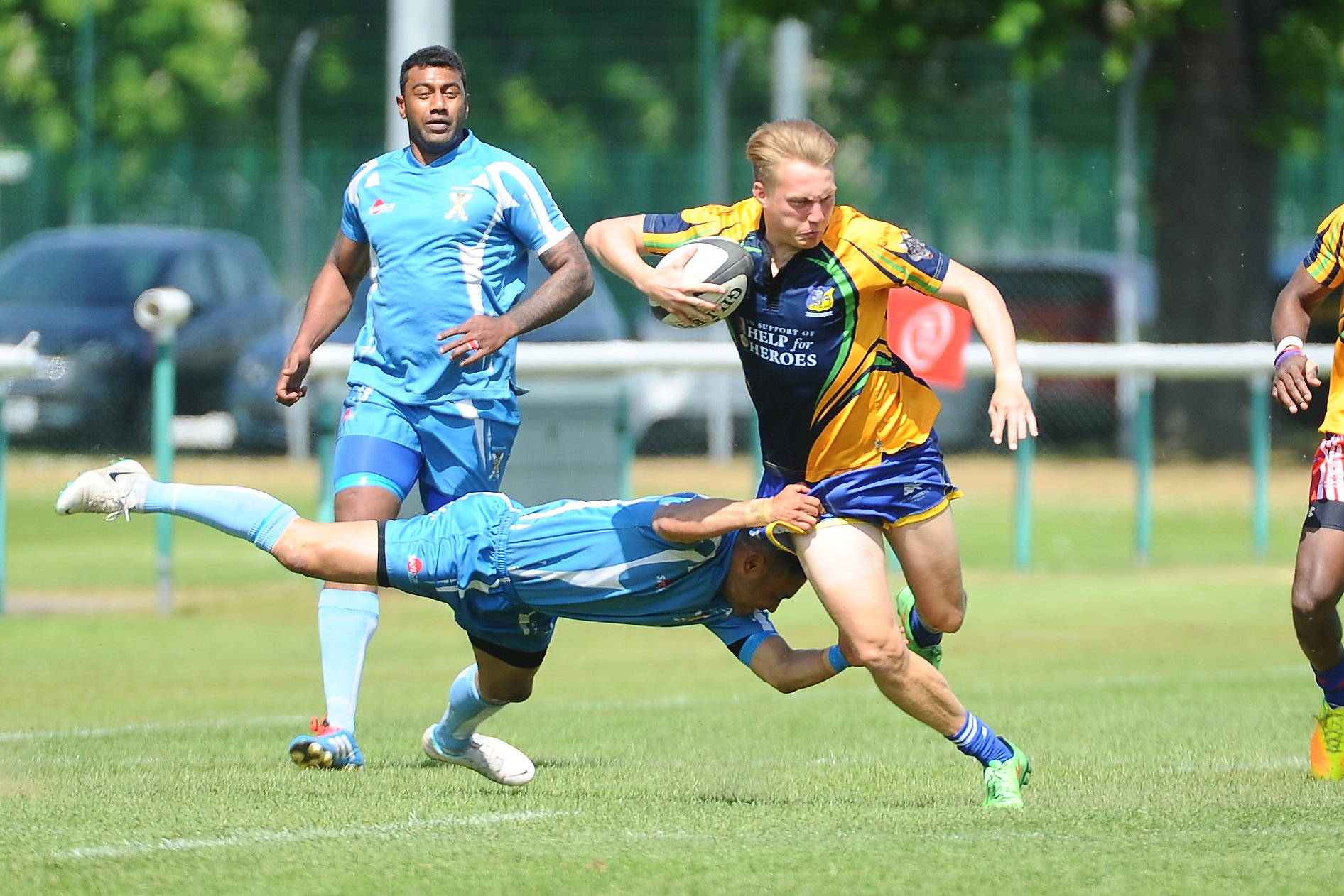 The hottest day of the year so far served up some of the hottest sevens rugby seen at Aldershot for several years. 10 mens teams came for the Inter Unit finals with sadly a number of high profile teams withdrawing at very late notice, that didn’t stop those competing though from producing some breath-taking sevens. The Yorkshire Regiment sent both First and Second Battalions, the First being last years winners, and with the likes of 4 Scots and 1 Bn The Scots Guards in the mix the knock out stages were always going to serve up some mouth-watering matches. 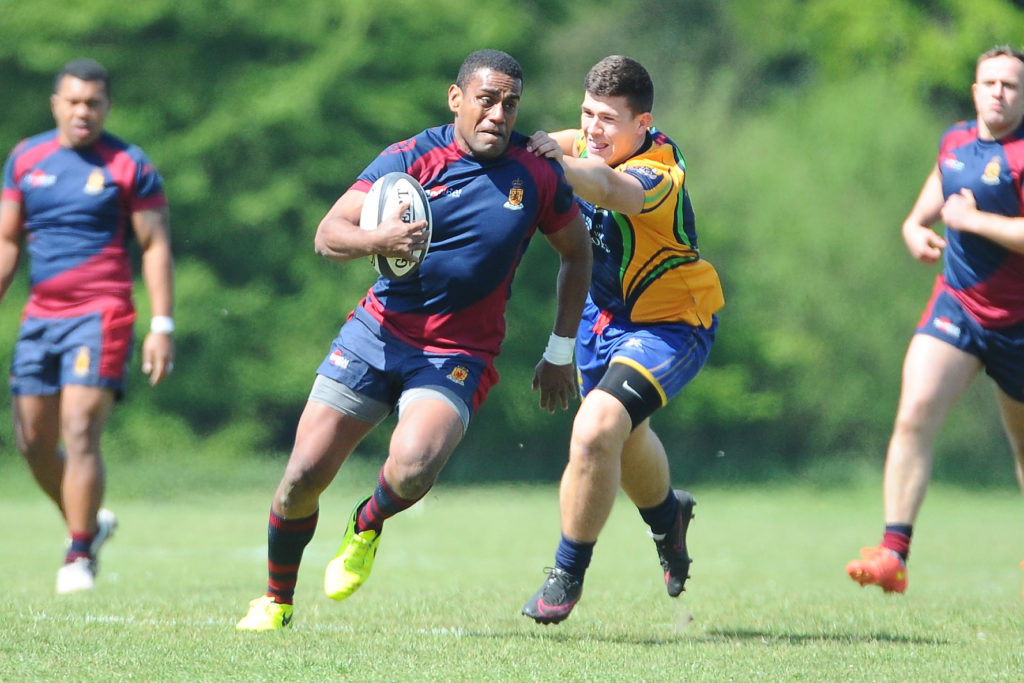 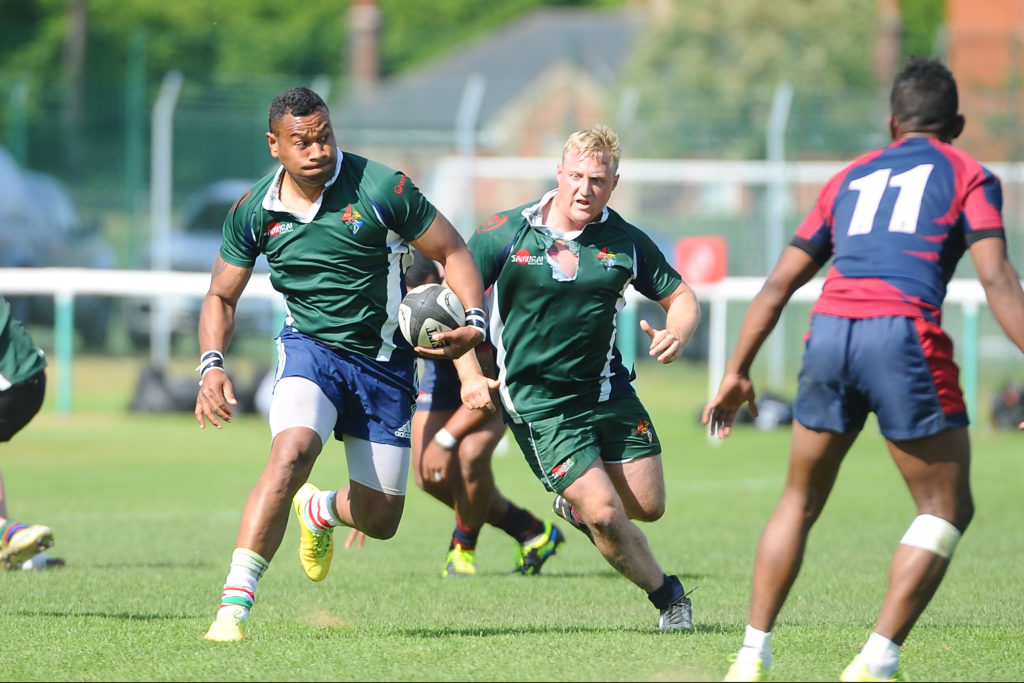 The four quarter finals were all equally matched, 4 Scots, The Artillery Centre, 3 RSME Regt and 1 Bn The Scots Guards made it through to the semi-finals and by the time the semis were played the sun was at its hottest and on a firm pitch the tackles were beginning to take effect. The Artillery Centre narrowly defeated the Scots Guards and the Engineer School beat 4 Scots in a highly physical match. 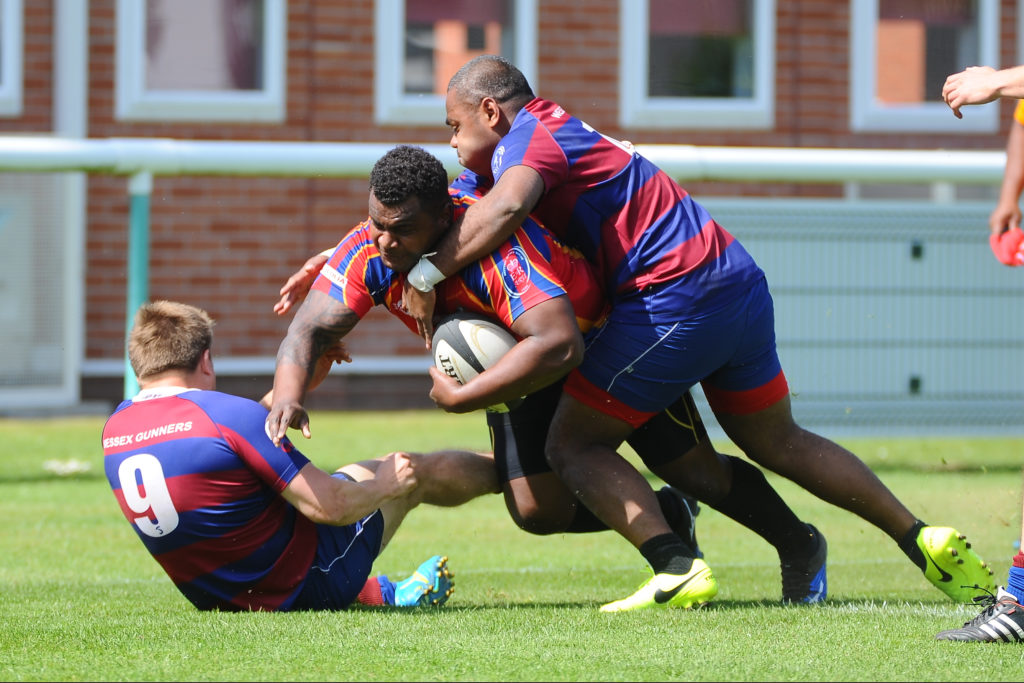 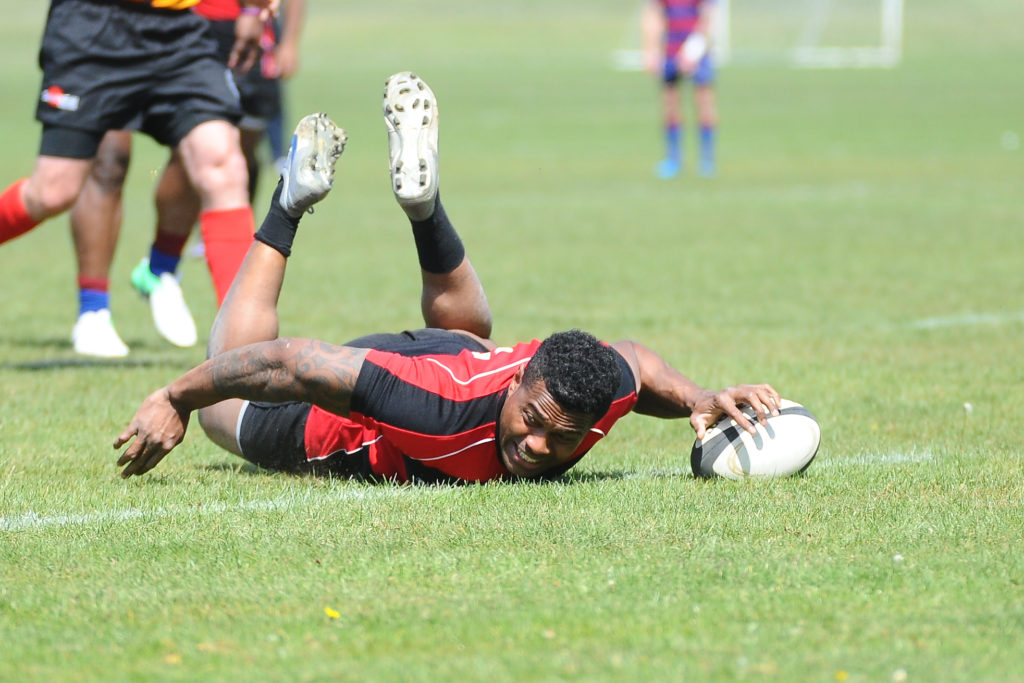 With five games under their belts and in effect 175 minutes of ‘contact sprints’ keeping the lactic acids pumping through their legs the Artillery Centre faced up to meet 3 RSME Regiment in the final; a Gunner v Sapper contest that would keep you guessing as to who would lift the trophy until the very last second. Both teams had experienced 7s players in their squads and had used some well thought through plays to see them progress to the finals. It was a surprise therefore to see the Artillery Centre race to a 21-0 half time lead. Had the Sappers left themselves too much to claw back? 3 RSME Regiment scored in the first minute of the second half, they scored again 2 minutes later but missed a crucial conversion and with 1 minute to go scored their third try, conversion good, two points adrift but not enough time to pull it back. The Artillery Centre deservedly took the prize, well done to all the teams that decided to come with what ever team they had, you don’t always have to come with your ‘super stars’ to make it a good day! 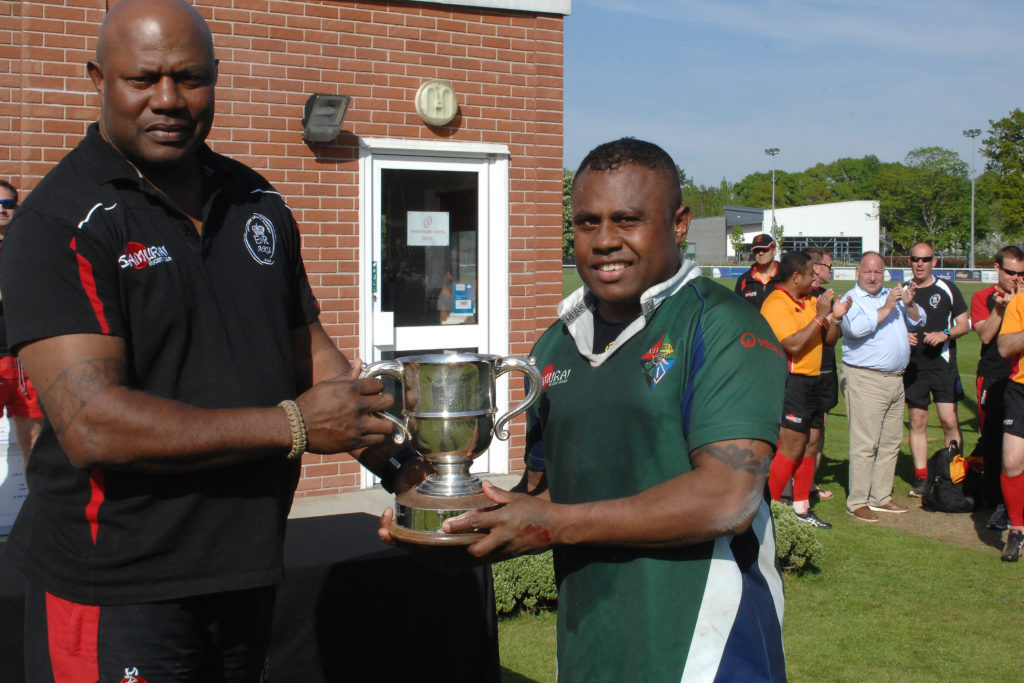 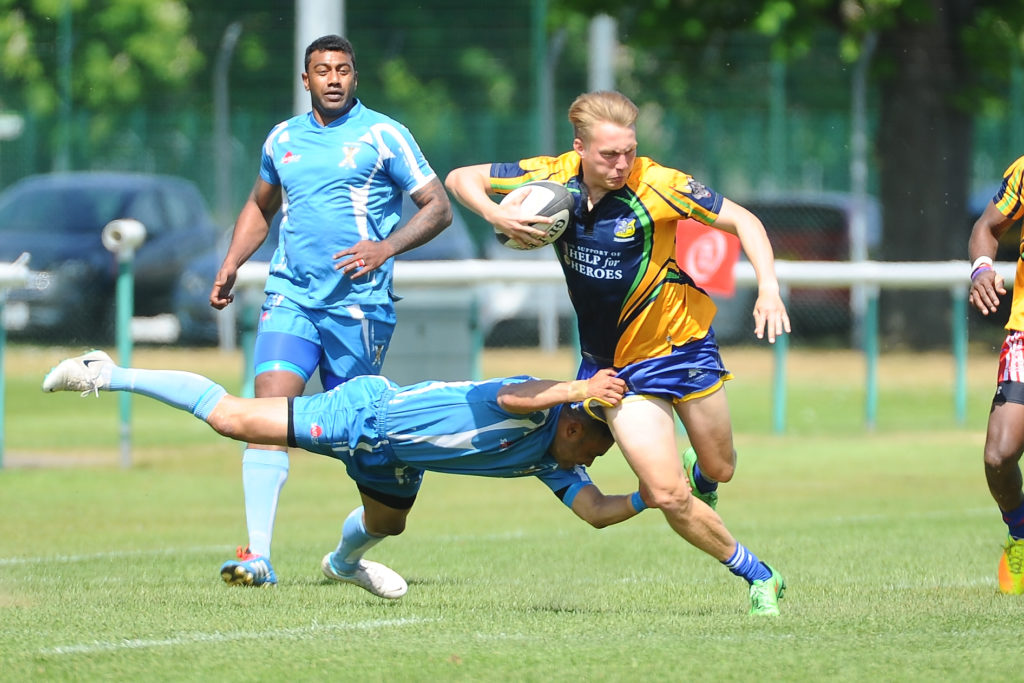 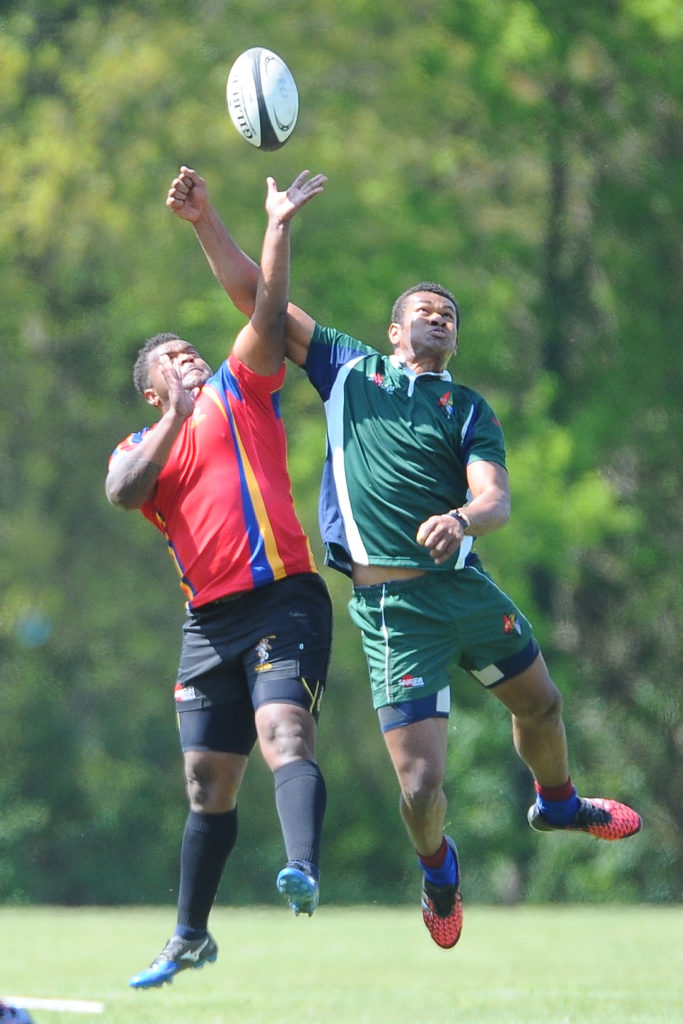