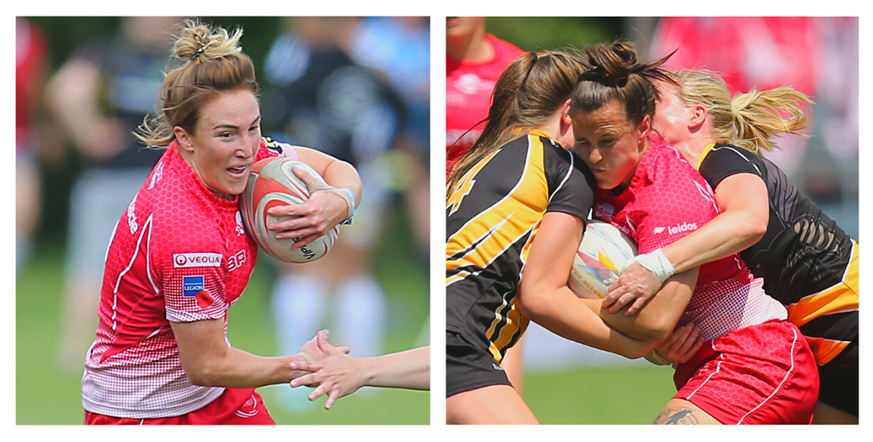 By Kimberley FowkeOctober 8, 2021No Comments

Bdr Bethan Dainton (RA) and Sgt Jade Mullen (AGC (SPS)) have been named in the Wales Women’s squad for the 2021 Autumn Internationals.

Wales host Japan (Sun, Nov 7th), South Africa (Sat, Nov 13th) and Canada (Sun, Nov 21st) at Cardiff Arms Park under the guidance of an interim coaching team of Ioan Cunningham and Geriant Lewis, with the team now in the final 12 months of its preparations for the delayed Rugby World Cup in New Zealand next summer.

For Bdr Dainton the selection continues her run in the national squad which extends back to the 2021 Six Nations, while for Sgt Mullen this announcement marks her first call-up to the full squad, having made her international bow in Sevens earlier in the summer.

Both players were also part of the Harlequins squad which won the 2021 Premier 15s title, and Maj Charlie Maxwell (AGC (SPS)) ARU Director of Women’s Rugby passed on the best wishes of everyone within the Army Rugby Union.

“We’re all delighted for Bethan and Jade,” she said. “Their selection is as a result of individual hard work and significant dedication, alongside their full-time military careers, and they should rightfully be proud of it.

“I am especially proud of Jade as this is her first call-up to the full squad after representing Wales at 7s this summer. We wish them both the very best for the forthcoming season and look forward to supporting them from the side lines.”