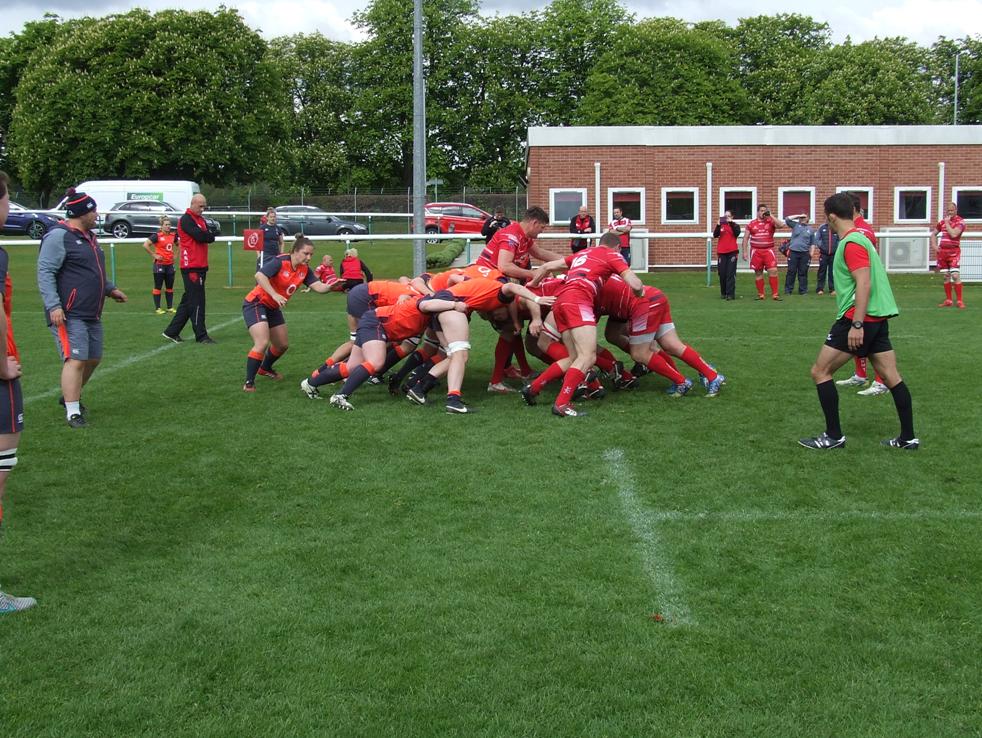 Saturday 29 April 2017, Kneller Hall, Twickenham
It was the business end of the season as the Army Masters and Royal Navy Ancient Mariners teams took to the field at Kneller Hall, with the Masters looking for a victory to secure the Inter Service Championship having beaten the RAF Vultures a week previously. 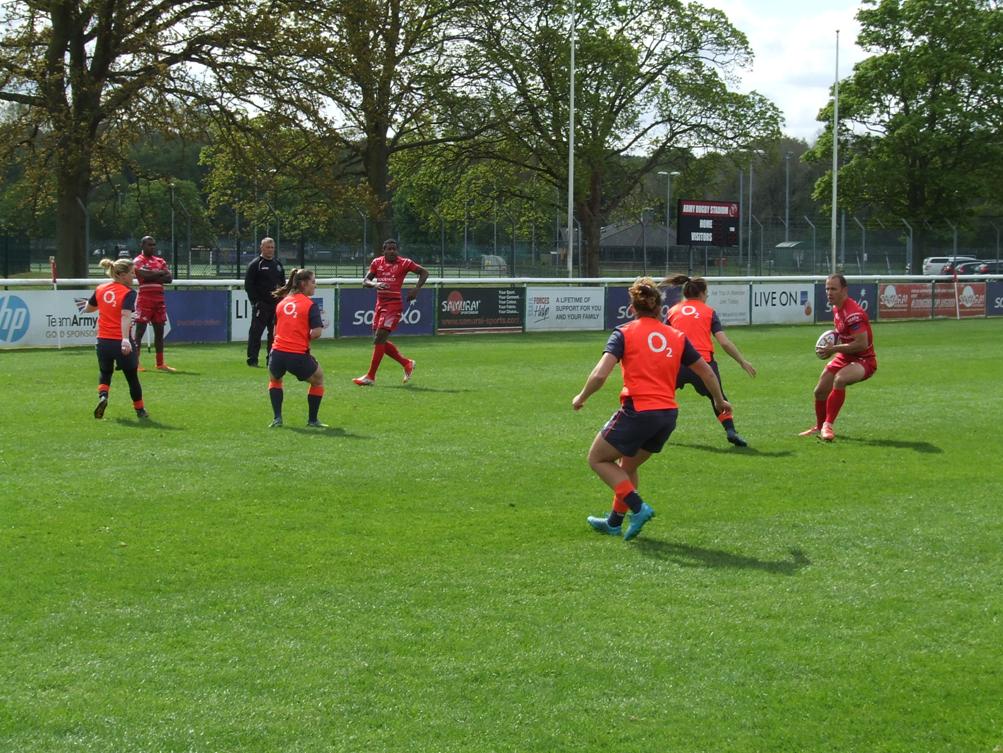 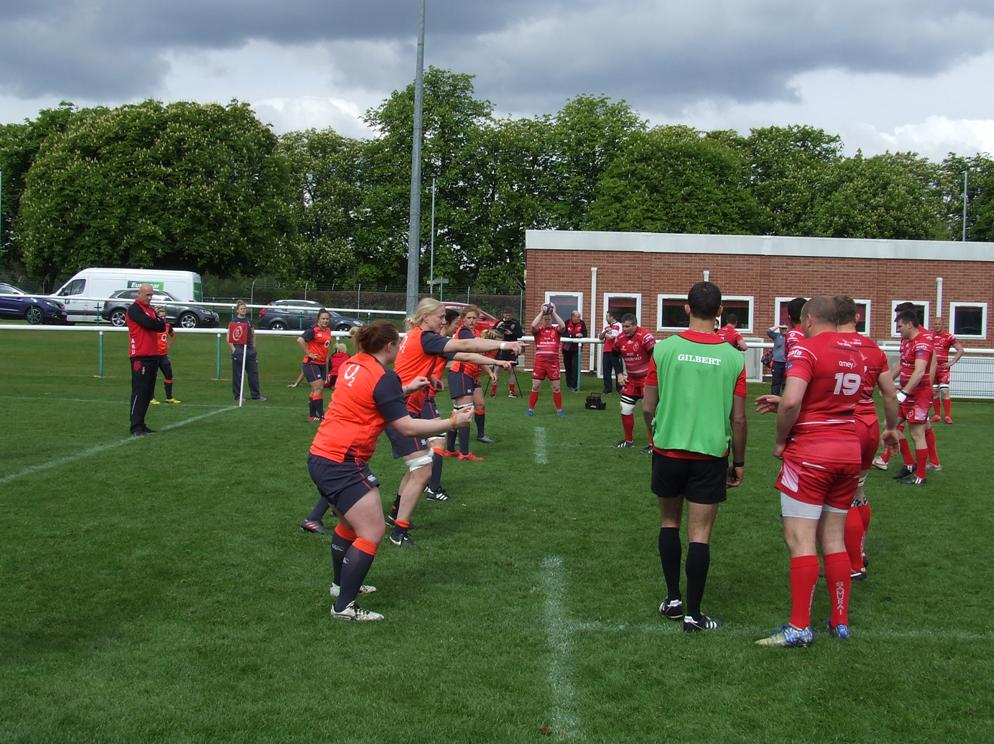 This was the last game for Head coach Andy Dawling, Backs coach Dean Lewis and Forwards coach Matt Norman so finishing on a high was at the forefront of everyone’s mind. To mix things up a bit the ARU had lined up the England Women’s Rugby Team to train against the Masters. England Women’s XV were on a training camp and needed a male team to run patterns against because England were likely to see big opposition when they go to New Zealand to play in the Rugby World Cup.
This would be a great opportunity for the Masters as ambassadors of Army Rugby to train against the very best Athletes in Women’s rugby. The day started with the forwards and the backs splitting, so that they could work on set piece. The Masters forwards who are a strong pack, soon realised that the England Women’s pack were no push over’s. The ladies had great body shape and scrummaged extremely well against the Masters.
This was followed by some line outs and mauling and again the Women showed great body positioning and by working as a unit, it doesn’t matter how physically big you are you can be moved. The Masters were picking up some great coaching tips which we could take forward to the Navy game. 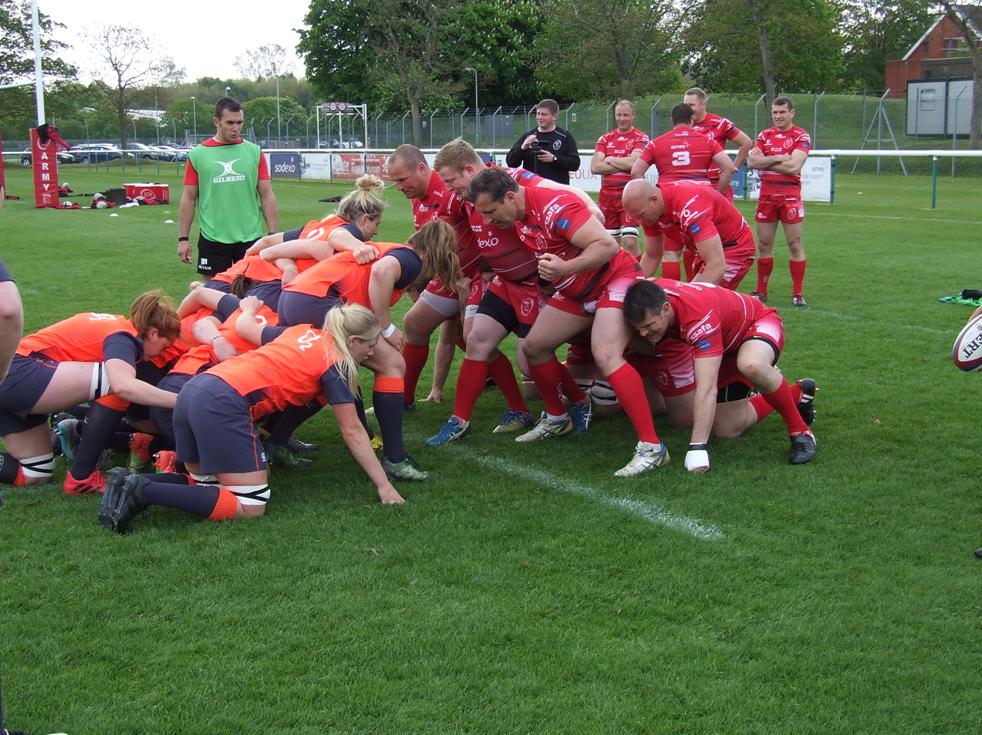 The backs were working on the other side of the park running their patterns in both attack and defence; and talking about how body language could be exploited to their advantages. This proved to be an invaluable coaching point which they took into the RN Mariners fixture.
After a fantastic session with the England Women’s Rugby Team the Masters focused on preparing for their next match against the Royal Navy Mariners at Kneller Hall Twickenham. The Masters would also like to take this opportunity to wish the England Women’s Rugby Team all the very best of luck at the Women’s Rugby World Cup 2017 being held later this year in New Zealand. 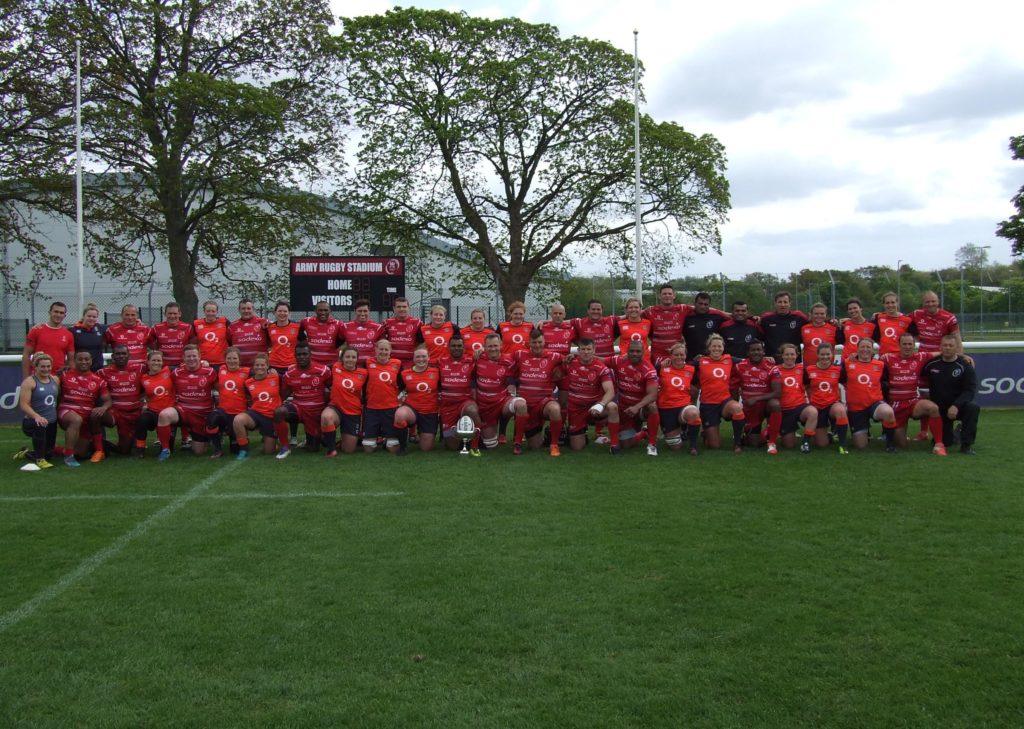 So the day had arrived, the Masters were all lined up and waiting for the national anthem at Kneller Hall. The team were looking strong despite the loss of the Captain WO2 Steve Limbrick due to a strained calf. The honour of skippering the side was now given to WO2 Gareth Slade-Jones who was playing his last game for the Army before stepping up into a coaching role.
The game as usual started tight with some nervous energy and excitement, but you could see the determination and passion from both sides and it wasn’t long before the first try was scored by the Masters. This would be the first of many as the score line would turn out to be the biggest score that the Masters would register against the Mariners in a very long time.
Try after try followed with very little response from the Mariners, however the Navy didn’t stop they continued to battle which resulted in them scoring some well worked tries themselves. The second half saw the Masters coaches ring the changes and the finishers didn’t let them down, again the Masters ran in the tries which lead to a substantial score line.
Hats off to the Mariners although the game was out of sight and they had been beaten convincingly, they still continued to fight and scored a couple of good tries taking their final score to 27. However the Masters had still not finished and ended on a high when WO1 Andy Jackson No7 who was a workhorse all day scored and again converted by SSgt Dean Bradley. All the planning and preparation throughout the season had come to fruition, final score was Army Masters 68-27 Royal Navy Mariners.

The Man of the Match: WO1 Andy Jackson 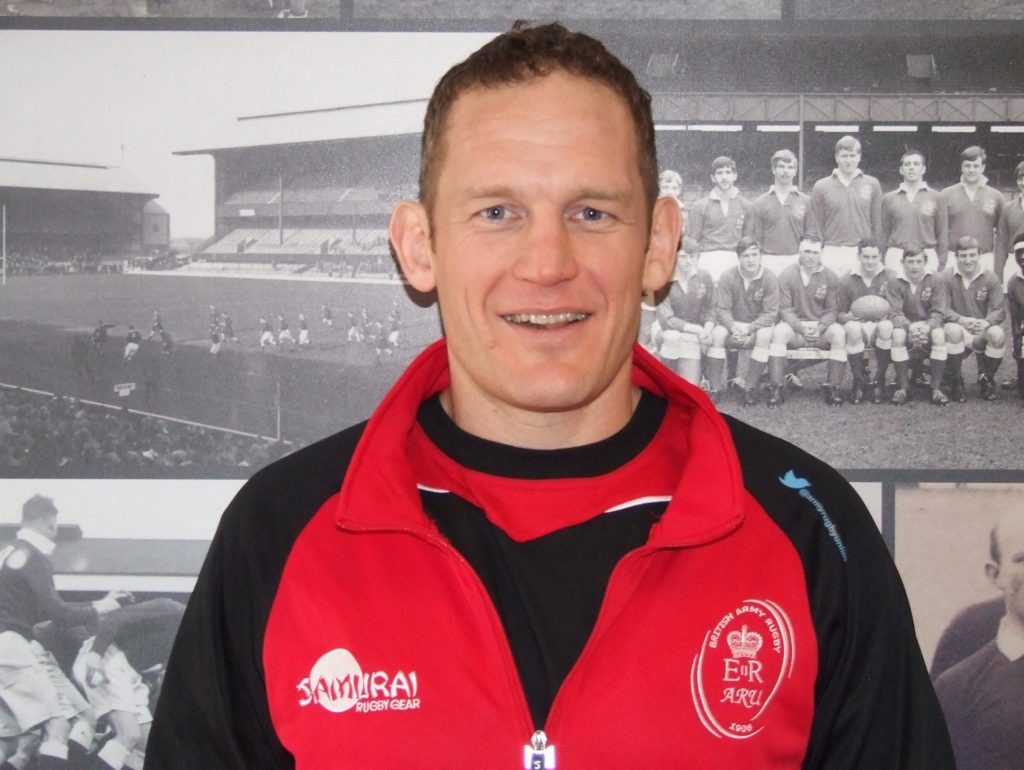 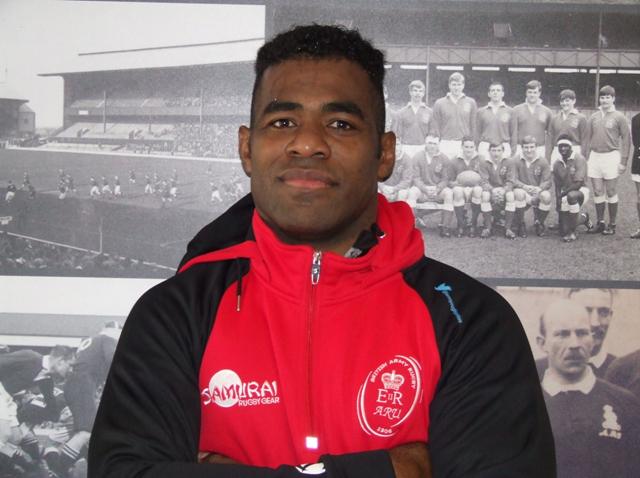