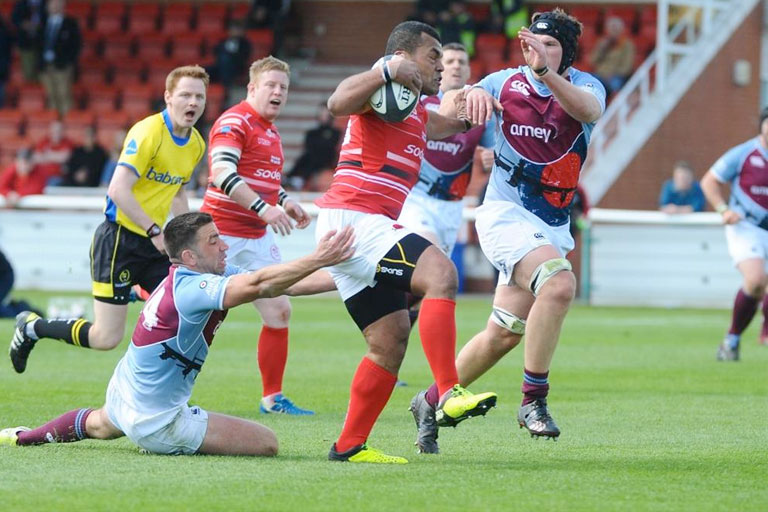 Wednesday 19 April 2017, Army Rugby Stadium Aldershot
The 2016-17 season had been very successful for the Army Masters with only one defeat throughout the build up to the Inter Services. The positive attitude present throughout the preparation for the 2017 match against the RAF Vultures was immense and the team felt very relaxed. However saying that the Vultures were coming to Aldershot to win the Inter Services trophy; they had already beaten the Royal Navy Ancient Mariners. 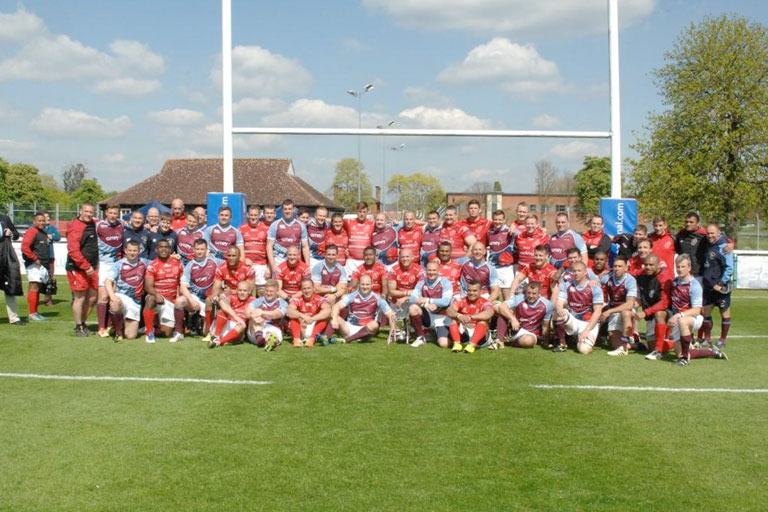 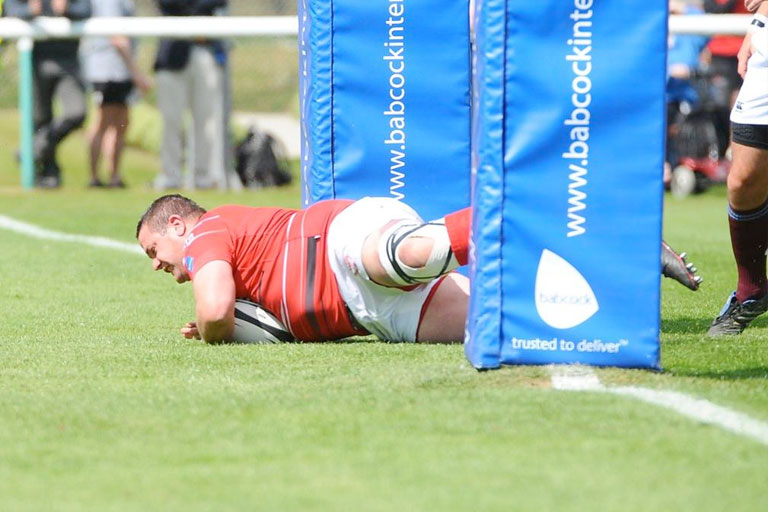 On a sunny if slightly windy day, first scrum to the Masters saw a perfect opportunity for a set move to be executed. A good strong scrum by both teams and it looked like it as going to be a good battle up front to see who would have the dominant set piece. Having won good ball a period of rugby tennis ensued until Cpl Unaia Balekinasiga showed good pace and amazing feet on the wing and went over in the corner to score the first try for the Army. Masters lead 5-0.
The Masters were showing signs of nervousness with lots of little errors creeping in and with a penalty awarded to the Vultures the score moved to 5-3. The Masters then started to compose themselves and started to show flare and ambition going forward but the Vultures were using their scramble defence to good effect. Patience and sustained pressure rewarded the Masters as prop Sgt Liam Bowman hit a great line to score right under the posts, duly converted taking the score to 12-3. 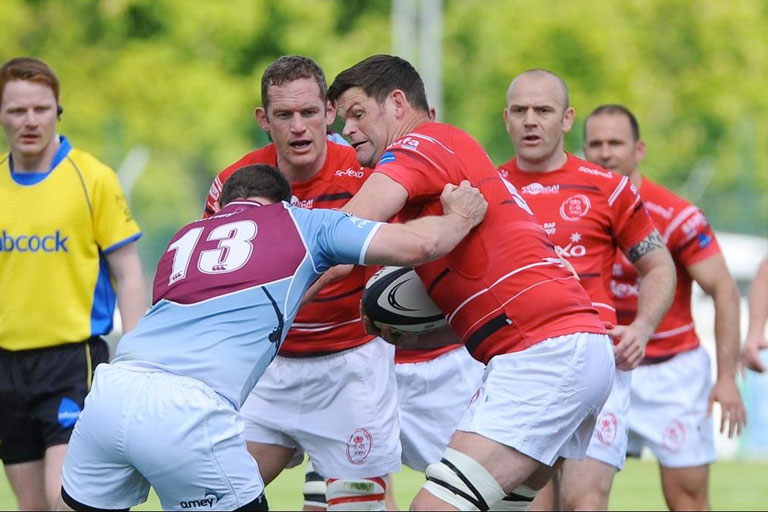 This was Liam Bowman’s first cap for the Masters and he was having a blinder of a game causing havoc for the Vultures with hard running and support lines in attack. The Masters confidence in attacking open play was growing with another newcomer to the squad fly half SSgt Dean Bradley skipping through the Vultures defence to score and then convert to take the score to 19-3.
The Vultures came back hard at the Masters in the second half but the red defence stood firm. This seemed to be a game of two halves; with the majority of the decisions going the Vultures way in the second half of play. Following the restart the Vultures kicked the ball deep into the Army’s half for a great touch finder. The Vultures were penalised for early jumping at the lineout and WO2 Gareth Slade-Jones took a quick tap to release Cpl Ifereimi Vukinavanua to break the line and make yards down the field. A few great phases saw Cpl Unaia Balekinasiga again being released and he tore through the Vulture’s defence to score which gave some breathing space to the Army. 24-10 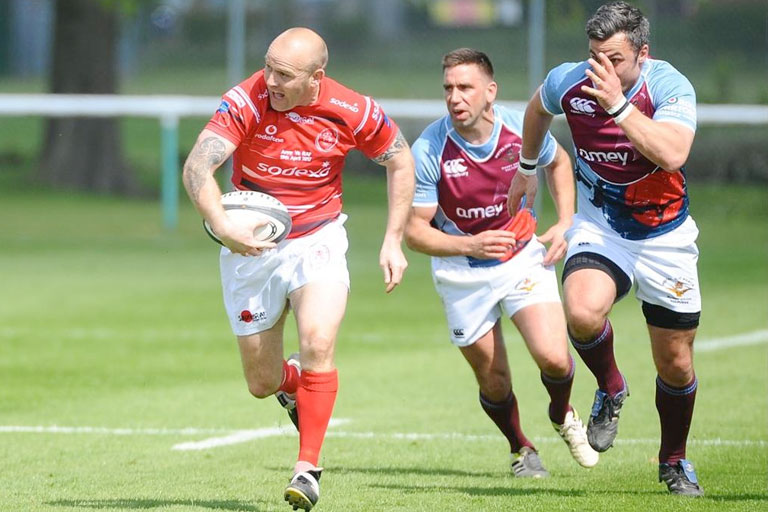 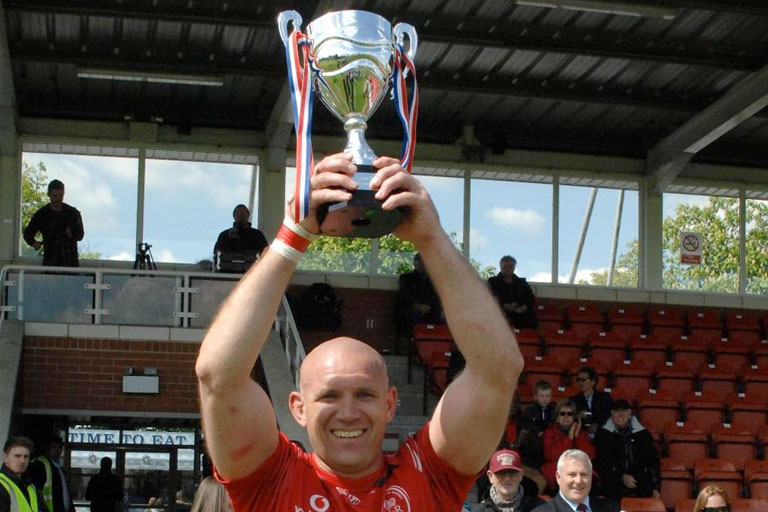 Cpl Kolinio Kapaiwai then scored the last try for the Masters which was converted by Dean Bradley. 31-10.
After a late penalty against the Masters the Vultures capitalised on the great position just outside the Masters 10 m, took the quick tap and drove over the line: Score 31-17. The Vultures then used their forward pack to good advantage again, they secured good lineout ball to set up a driving maul crashing over the white wash again to bring the score within seven points 31-24.
With just a score in it this was going to be a fight to the bitter end. With only minutes left on the clock the light blue shirts threw everything at the Masters who held on to win their first Inter Services game 31 -24 against a very well drilled RAF Vultures side who fought to the bitter end.
The Masters now look forward to the championship decider against the Royal Navy Mariners at Kneller Hall.
Man of the Match: Prop Sgt Liam Bowman