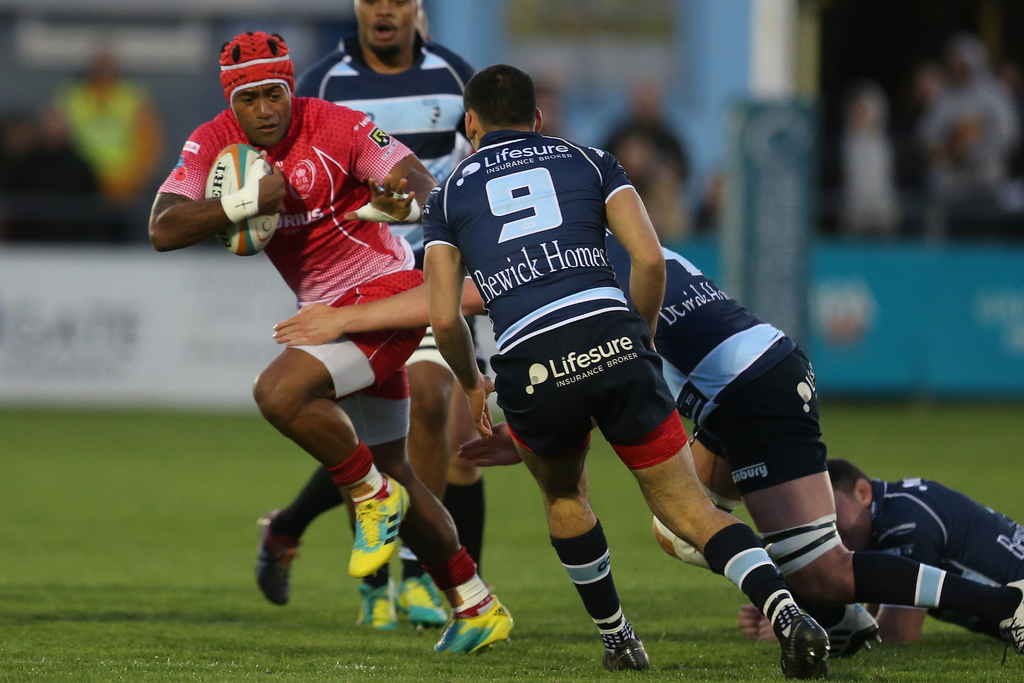 Bulumakau well on the road to recovery

Thirteen months ago Pte Jonasa (Junior) Bulumakau (3rd Battalion, Royal Scots Borderers, The Black Watch) was all set for a big year. A try scorer in the 2019 Army Navy match, Pte Bulumakau had also helped Coventry Rugby achieve a sixth-place finish in The Championship, a then-record for a newly-promoted club in the league.

With a later start to the 2019/20 Championship due to the Rugby World Cup, Coventry had begun their campaign with three Championship Cup clashes with Ampthill, Bedford and Ealing Trailfinders.

The third of these was a Butts Park classic which went down to the wire. Unfortunately, for Pte Bulumakau it also marked the beginning of what would go on to be a harrowing journey through a knee injury which would not just rule out his season, but put his overall health in grave harm.

Initially the first operation went well, only for things to take a nasty turn going into Christmas, with an infection which required over 20 litres of liquid to be flushed out of the knee and put Pte Bulumakau’s life in danger.

“Before I went in to my six-week check-up I was up all night with my body fighting something,” he explains. “Part of my wanted to go to sleep but part of me forced myself to stay awake, even though I was sweating through my hoodie and t-shirt. And as it turned out had I fallen asleep that night I might not have woken up, it was that serious.

“I was told by the doctor that my bloods weren’t normal and that my leg could have been amputated, and that to catch the infection at the time that I did was crucial.

“The whole experience means that I’m taking every day as it comes with the next challenge. Life is an open book and I’m enjoying every single moment.”

Throw into the mix another operation to manipulate the knee in February and then lockdown restricting access to in-person physio treatment and you have a year to remember for all the wrong reasons on their own.

But this was all compounded by the funding challenges faced by all the Championship clubs, and the news that Pte Bulumakau was not going to be having his contract renewed by Coventry.

This has meant a return to day-to-day Army life for the first time in nearly a decade and a move to Inverness to join up full-time with 3 Scots The Black Watch at Fort George.

“The Army’s been there 100 percent there with me playing rugby and helping me out with my family if rugby doesn’t go any further,” Pte Bulumakau says. “They’ve welcomed me, my wife and our two kids with open arms.

“I totally understand why Coventry were not able to offer me a contract due to the financial situation, so I made the choice as a husband and a father to make the move to Scotland.

“The kids are loving it with the new school and my wife is finding Inverness beautiful. It’s a totally different world and I’m loving every single moment of it. The kids are already speaking with Scottish accents!

“The biggest change coming back into the Army is that I’m going back into basics and square one. I’m just a normal Private soldier, I don’t want to be treated differently because of my rugby. I will do what I’m told, and even though I’ve done 11 years I’m still the same rank as others and don’t want to be treated any differently. Knowing how to approach others, how to talk to others, how to respect the basics, such as saluting an officer, which I’ve not had to do for the last seven years!” 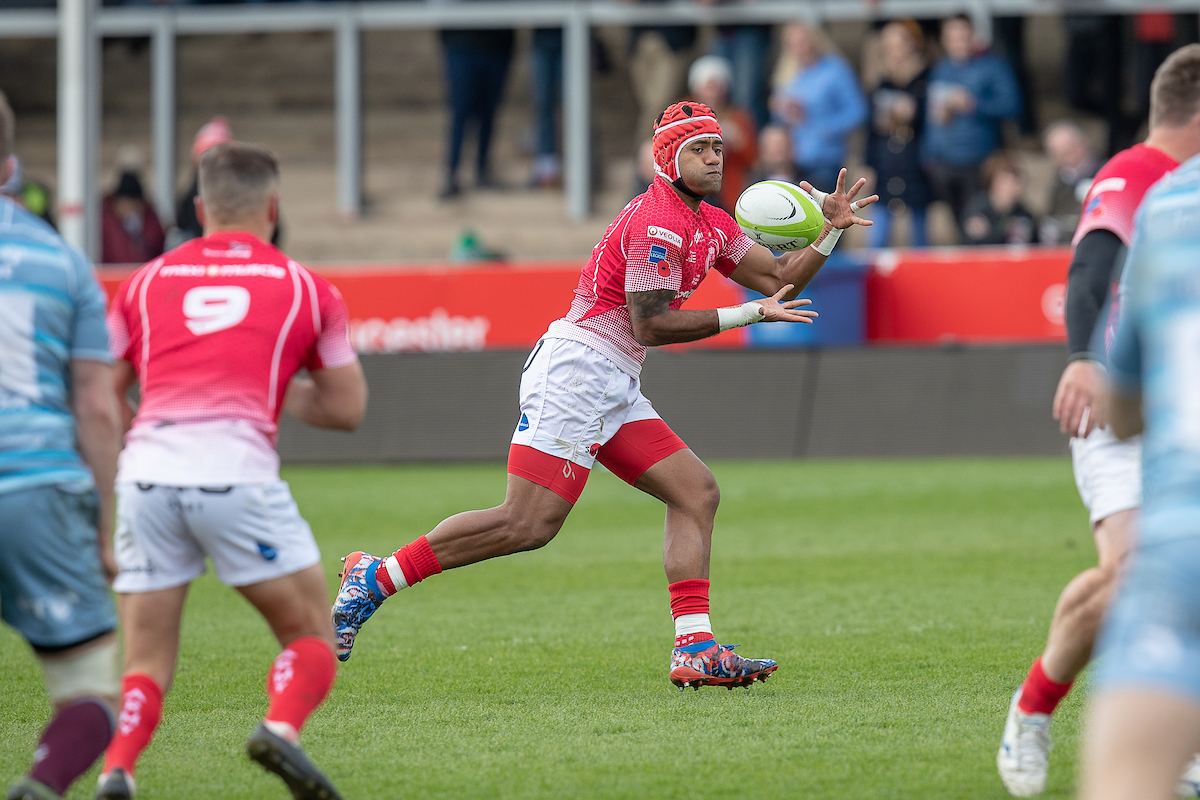 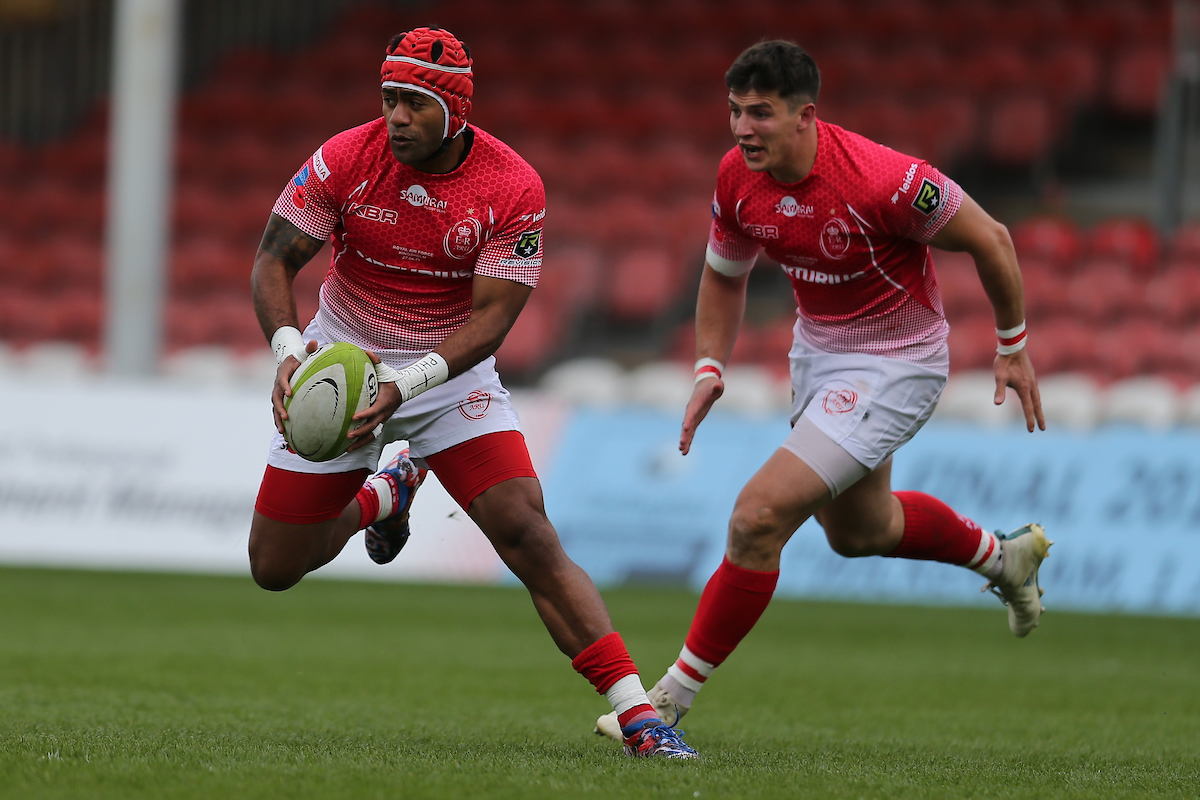 Junior playing for the Army v the Royal Air Force at Kingsholm in 2019 in the Inter Service Championship.  The Army won the match 49-3.

The 29-year-old winger has been a professional player for five years, playing at Glasgow Warriors, Doncaster Knights and Coventry, as well as turning out for Bath in the Premiership Rugby Sevens Series.

He might also have been man of the match in the 2015 Army Navy match and a regular in red throughout that time, but there are no assumptions that he will be a part of Capt Mal Roberts’ squad whenever Army rugby resumes in earnest.

In the meantime Pte Bulumakau has been passing on some of his experience with players in the local area around Inverness.

“I’ve been doing some coaching with the Highlands Rugby, helping out and speaking to the younger boys. I want to give something back and help them achieve their dreams. I never dreamt I could be a professional, so for them to approach me is an honour.”

The Army Senior Men’s XV had their final game before the lockdown at Butts Park Arena, and while Pte Bulumakau was not part of either squad that day he is hoping that there might be an opportunity for him to return to the Midlands to say a proper goodbye to the Coventry supporters.

“It’s a family club and a fans club, and I had fans message me and be in contact with me to follow up how I was doing in my rehab,” he says. “Andy Hemming, one of the club physios, was helping me during my rehab, even visiting me in hospital over Christmas, which I found very touching because people would normally be with their family and friends. I was at my lowest point then and he helped me get through it.

“I’m sorry that I wasn’t able to say goodbye to them in person, and hopefully I’ll be able to play at Butts Park again with the Army.” 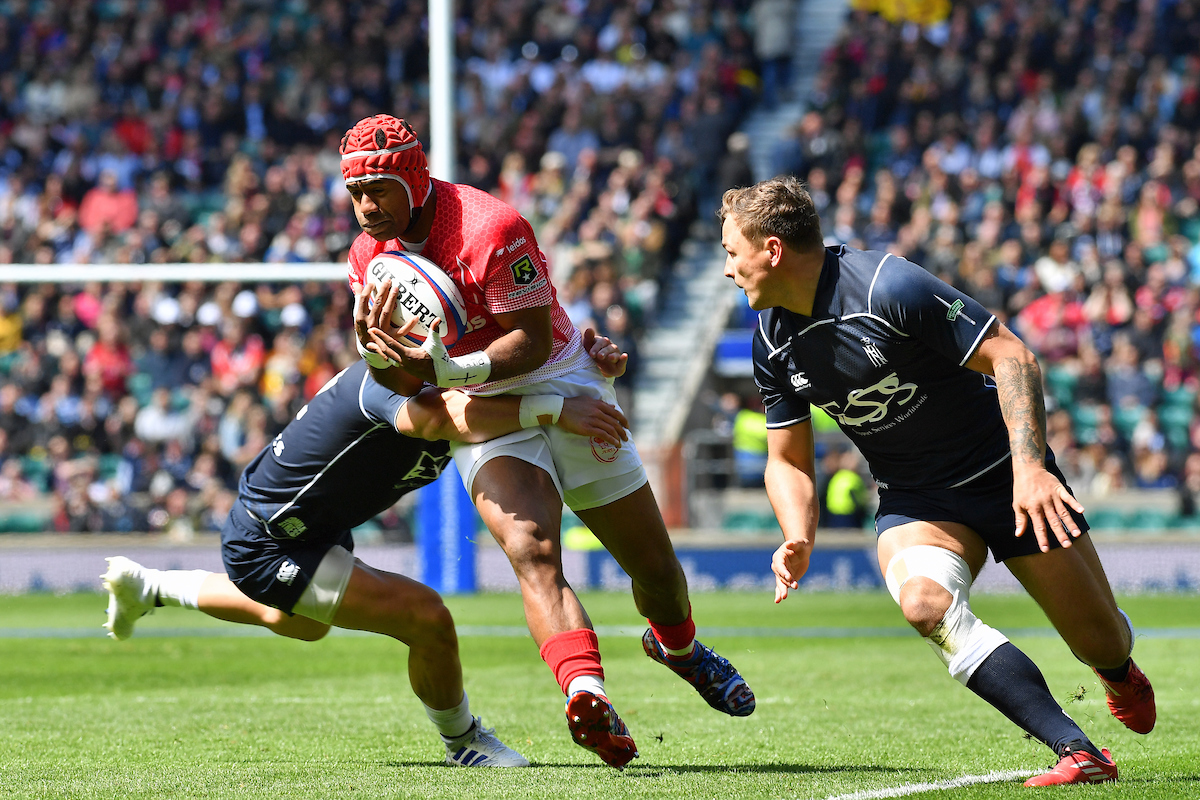 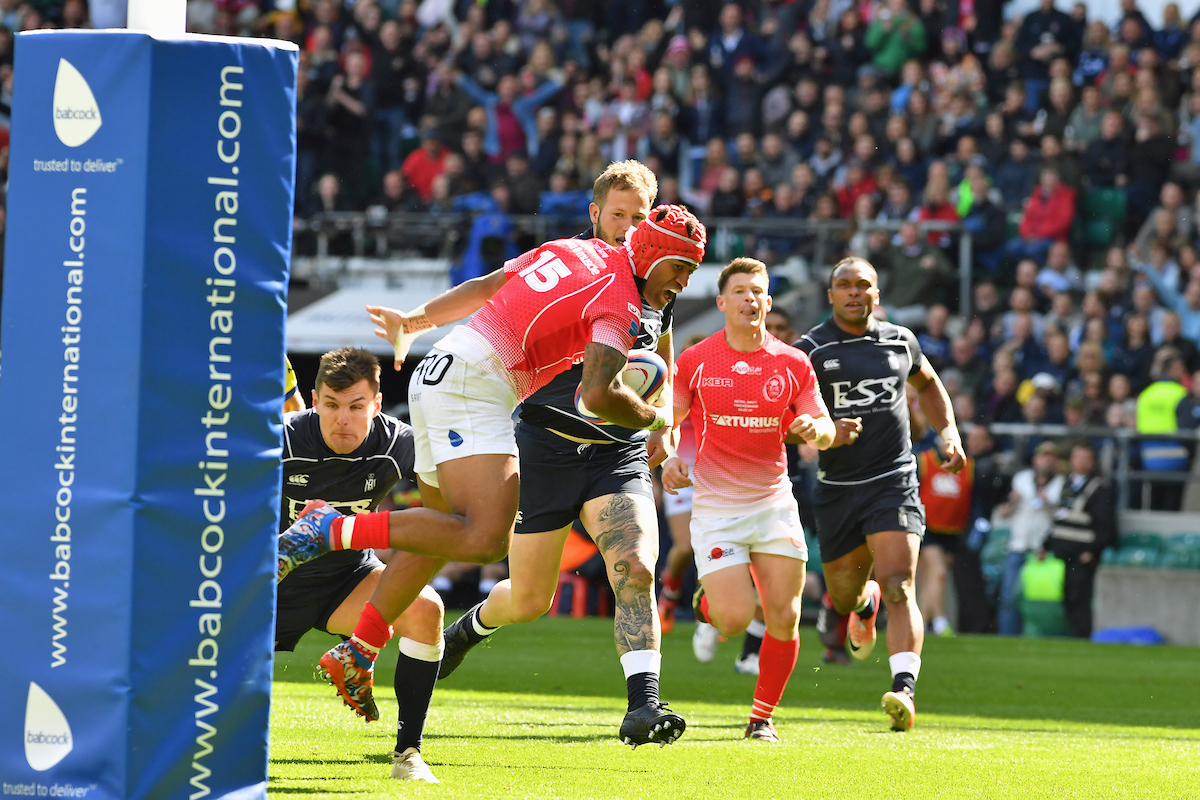 Junior playing for the Army v the Royal Navy at Twickenham in 2019 in the Inter Service Championship.  The Army won the match 27-11.