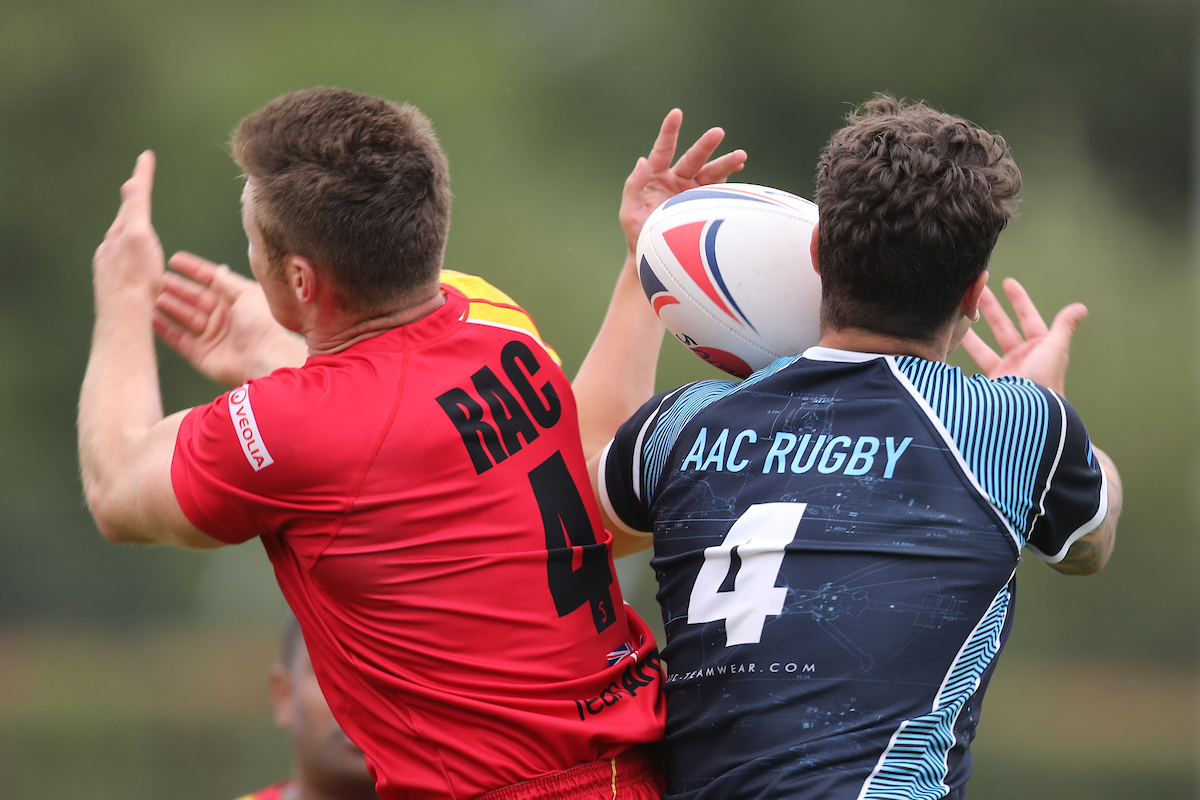 By Kimberley FowkeJune 9, 2021No Comments

Community Rugby within the British Army is back on the field across the country with matches being played both between different Units and between Unit teams and civilian neighbours, a Rugby Sevens Series just around the corner and a renewed drive to increase the number of female players within the Army Rugby Union set-up.

After a frustrating 15 months without any rugby, the sport having been one of the last to get fully back up and running out of lockdown for obvious reasons, sights are set firmly on getting soldiers back into studded boots at all levels, according to Director of Community Rugby, Maj Marc Wilding.

“There’s an element of excitement from certain areas and everyone’s looking forward to getting their boots on again,” he says. “At Corps level teams have been itching to get back and we’ve had more communication from them than we have had from Units, but most Units have been really busy, supporting Op Rescript and working to rehabilite soldiers and equipment on their return from Covid isolation. Units will be glad as it’s a sign that we’re returning to normality.”

The Army Community Rugby Sevens was the first series of events to be announced, with legs in Catterick (June 30th), Scotland (July 7th), Tidworth (July 14th) and Stafford (July 21st) before the finals in Aldershot on July 28th.

Maj Wilding says that Rugby Sevens is a natural way to begin the Army’s competitive year.

“From a Sevens perspective we wanted to launch something to show that rugby’s back,” he says, “and rather than cram a Ready4Rugby event in it was easier to plan something a bit more traditional over the summer.” 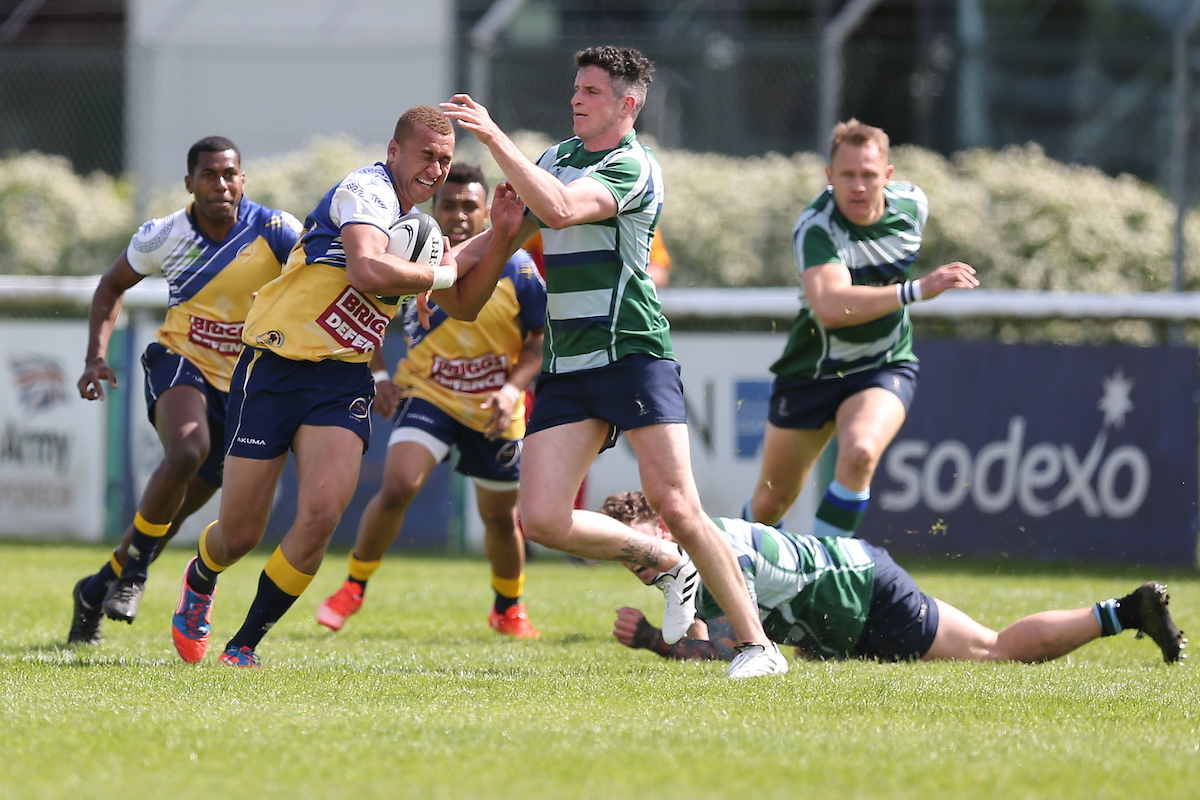 Meanwhile there has also been a significant change in thinking with regard to the women’s game, recognising the disparity of numbers between men and women within the Army and how they can be organised into a full team.

“What we’re trying to do with ladies Garrisons and the Super Series is to give a quality of sporting opportunity,” says Maj Wilding. “Where we can play Unit rugby with men, we can’t do that with women because we don’t have those numbers in a single Unit. So to bring an ARU umbrella over Garrison rugby gives us that quality of opportunity and a chance for people new to the sport to see if they like it or not.

“I’m keen to stress to ladies who want to take up the game that it’s absolutely great to have the role models in the ladies section, in the same way as with the men. It shows to someone picking up a ball for the first time that there is a pathway up to representative rugby.” 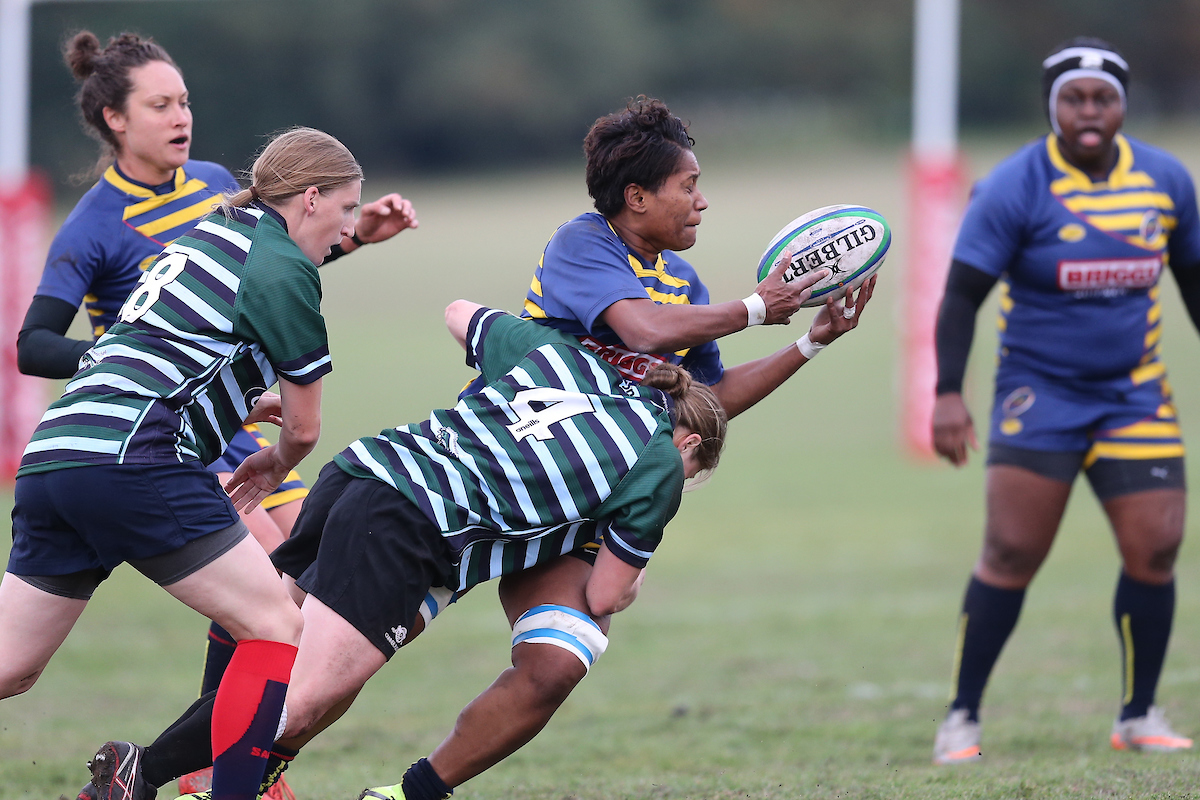 Interest has been strong in both the Garrison Rugby and Sevens, both for the Community Series and an Armed Forces Day event in Aldershot on June 26th, which is already fully booked. This is running in parallel to a leg of the GB Super Sevens at the home of Army Rugby and has been opened up to Corps teams and local civilian clubs to generate more connections with the broader community, with free entry for all.

In addition to the short-term planning for summer events there has also the matter of longer-term planning to increase participation numbers as a whole. On this front the ARU Community management has been using the lockdown productively, too.

“We’ve carried the infrastructure on in the background, and I’d like to thank all of the Community team for all the unseen work they’ve done, along with the ARU staff,” says Maj Wilding. “Andy Bennett has been providing regular updates to Unit rugby officers and Jules Park-Robinson in the Women’s Corps set-up and Giles Malec in the Men’s Corps, and Kelera Tiko is leading on the women’s Garrisons.

“Infrastructure-wise and assuring the wider community that the Army Rugby Union is here and putting on the opportunity for rugby, that’s well known. The minimum for me next season would be a successful Corps campaign, because it’s been so well established over the years, and we’re in a position where we’re confident we can get every game played and the finals.

“I would also love to think that if we can establish some Super Series sides with some kind of competition by the end of the season, 15s, 10s or Sevens, and in turn for that to have grown some participation numbers.

“On the Unit front we were in a healthy place when Covid hit and on target to hit 100 games played, which was three times the previous year. As long as we can put a system in place where our best teams compete and have an Army Cup by the end of the season, with other teams having the chance to have some competition and friendly matches.

“There’s no distinct metric in place for what ‘success’ is, I base it more around how much we play.”

Nor is Maj Wilding looking at rugby in isolation, and as the Army – like the rest of society – returns to a life less disrupted by Covid he believes that sport as a whole will have an important role to play.

“Ultimately it’s part of the offer,” he says, “and much as sport is not a given I think we should encourage sport at every opportunity, from a small sub-unit up to divisional headquarters. It’s really clear and obvious the benefits we get from sport, the esprits de Corps you get, the opportunity to test yourself in a different environment, the chance you have to show commitment and selfless leadership, especially in a team sport.

“I hope that Commanding Officers will realise that there are massive benefits. I know times are different, but when you look at the Units which had a tight esprits de Corps, they almost always had good sports teams as well.”