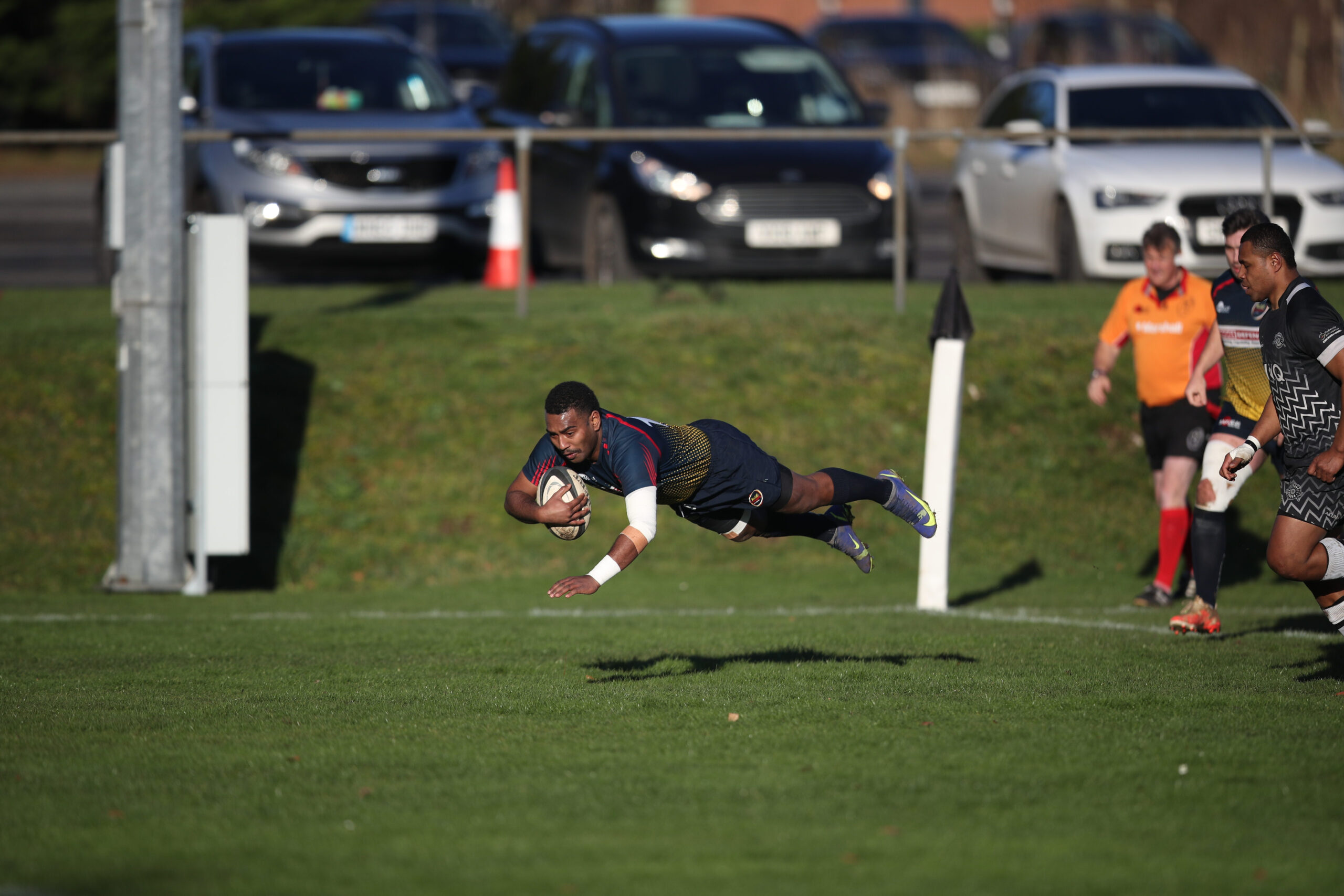 By Kimberley FowkeJanuary 14, 2022No Comments

With one round of matches to go the Corps Championship finals are beginning to take shape, following this week’s Round 5 results.

In League 1, the Royal Engineers secured the double over REME to leapfrog their opponents into first place in the league. However their place in the final was secured by the Royal Logistics Corps putting in a stunning afternoon’s work against the Royal Artillery, outscoring their hosts by seven tries to two in a 50-10 victory.

This means that the Gunners and REME will be keeping a keen eye on how each other are getting on during their respective Round 6 matches against the Engineers and RLC.

The RLC’s win also means that they have given themselves an opportunity of survival in League 1, and should they beat REME and the RA lose to the Sappers then it will be the Gunners heading into League 2 for 2022/23.

Capt Tom Blackburn returned to the RLC team to put in a Player of the Match performance, and he said that it was the ideal way to kick off 2022.

“We started off with a game plan on Monday morning and had a good first 30 minutes when we played exactly how we wanted and scored a couple of tries which put us in the position to get that bonus point win,” he commented.

Of course the Sappers had to do the business themselves to secure that place in the final, and they did just that at Medway RFC. And while the Engineers built a 13-0 lead by half-time this turned out to be one of the matches of the season.

A further seven points in the second half put the Sappers 20-0 up, but then came the fightback, REME scoring 17 unanswered points to have the visitors hanging on by the end, the final whistle no doubt bringing as much relief as elation.

In League 2 the Infantry booked their final place with a 22-17 win over the Royal Signals, in another match which saw time just run out for a remarkable comeback. Leading 10-5 at half-time, and then 22-5 in the second half, the Infantry then began to feel the effects of a red card as the Signals scored two tries to put themselves in sight of a comeback.

But with two disallowed tries their comeback fell just short, and the Signals will need to beat the Royal Armoured Corps in a winner-take-all Round 6 shootout to decide who takes the second spot in the final.

For their part the RAC had a more comfortable afternoon to put a finals day place within touching distance, beating the Army Medical Services 48-12 to move above the Signals into second spot. It was also a noteworthy match for the Welsh Cavalry, who had seven players in the RAC’s starting 15.

League 3’s final will be between the Adjutant General’s Corps and the RAPTC, despite the AGC winning this week’s clash between the two teams 44-8.

That is because the Intelligence Corps could not make the most of their opportunity put pressure on in the race for second, instead losing 25-9 away to Army Air Corps.

Round 6 will be played on February 2nd, with finals day at Aldershot on May 18th.

For all the results and league standings visit https://www.armyrugbyunion.org.uk/competition/corps-championship/