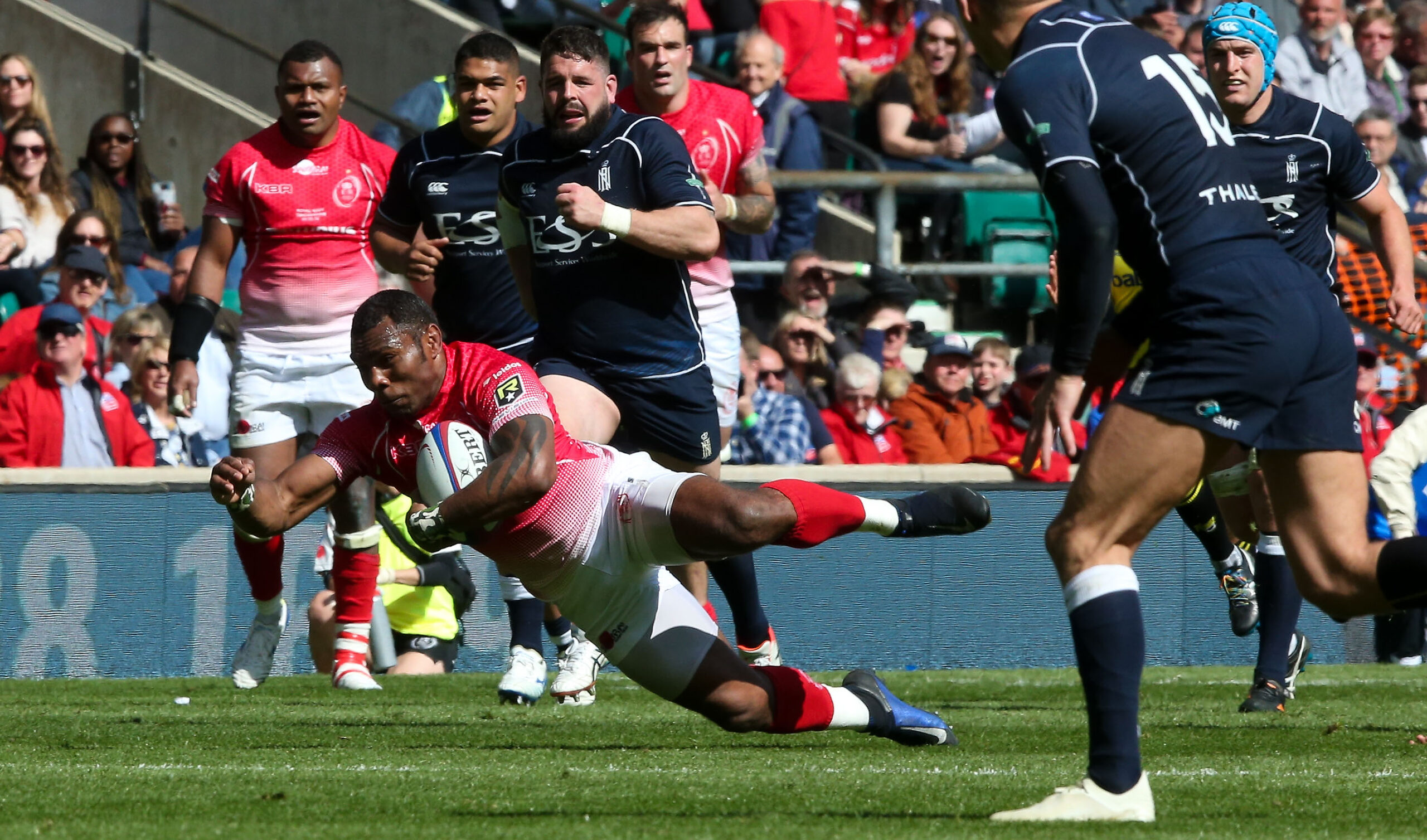 By Kimberley FowkeJanuary 10, 2022No Comments

LCpl Semesa Rokoduguni (Scots DG) got his second try of the season for Bath on Sunday afternoon, with his five pointer setting the west country outfit on the way to their first win of the Premiership season.

However Bath did not make life easy for themselves, even against a Worcester Warriors outfit who had lost on all their previous visits to The Rec and had had British and Irish Lions prop Rory Sutherland sent off in just the second minute.

LCpl Rokoduguni’s try followed a minute later, the winger finishing off a flowing move in the corner, but while Bath added a second score before the end of the opening quarter Worcester replied with three of their own to lead 19-14 at half-time.

Bath tied things up just before the hour, and a penalty 11 minutes from time set up a nerve-wracking finale. Bath held on to win 22-19, and while Director of Rugby Stuart Hooper says there was no over-reaction in the team there was nevertheless quiet satisfaction having turned a performance into league points.

“Winning is huge,” he said. “It’s not about spraying champagne around the changing room but it’s about looking each other in the eye and smiling.

“The players put so much effort in during the week to have winning moments and you have to recognise that and enjoy it. It’s tough when you’re not getting those moments of joy.”

Things were more straightforward for Cpl Lewis Bean (Rifles) and his Glasgow Warriors team mates as they got their first win of 2022 against the Ospreys at Scotstoun.

Cpl Bean was a second half replacement on Saturday evening, as the Warriors dominated the Welsh region in all areas of the game, outscoring the visitors five tries to one and enjoying two thirds of possession.

Despite the 38-19 final scoreline the opening quarter belonged to Ospreys, who landed two penalties to one to lead 6-3. However Glasgow got two tries in the second quarter to lead 17-12 at the break, and then went on to make the most of home advantage – despite the lack of a crowd in the stands due to Covid-19 restrictions – to extend their lead with three more tries, Cpl Bean in the thick of a maul which brought the fifth and final score of the evening.

Glasgow’s win came after a few weeks in which two games have been postponed and training interrupted due to Covid-19 cases, so Head Coach Danny Wilson was understandably happy with the performance and result, which moved his team into fourth place in the United Rugby Championship table ahead of the next two weeks of European Champions Cup action.

“Overall, that was very pleasing,” said Wilson. “We’ve had a very disrupted couple of weeks. Even this week was disjointed in terms of people coming back from isolation being available to train, so with a couple of days only as a squad, I think that was a top effort.”

Both Bath and Glasgow have challenging away trips next time out, with Bath heading to La Rochelle and Glasgow to Exeter Chiefs, both in the Champions Cup.