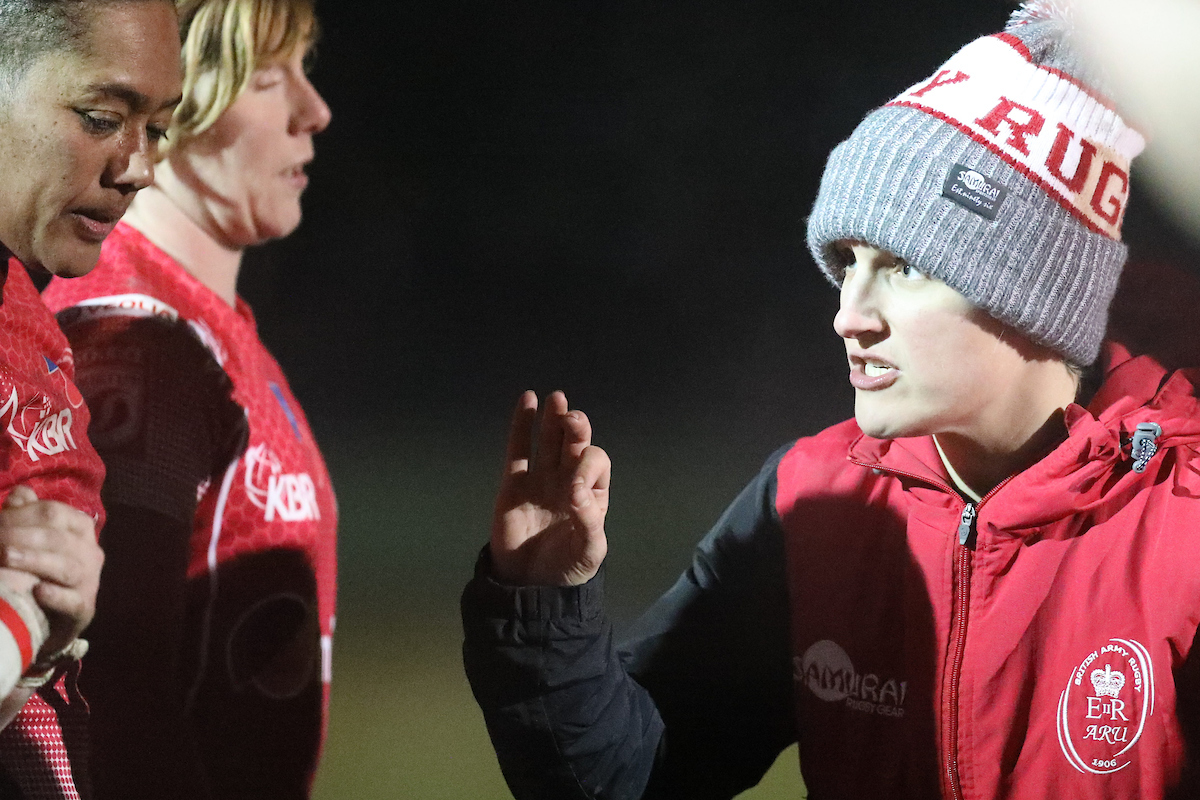 Major Stonebridge-Smith received the accolade for her work within the Army inspectorate in areas such as mitigating and treating heat illness, positively impacting overall policy and helping to potentially save lives during operations.

This is in addition to her voluntary role coaching the Women’s Senior XV within the Army Rugby Union, where Major Stonebridge-Smith is one of just 60 women in England to hold an RFU Level 3 coaching qualification.

“As with so many other individuals within the Army my work is aimed at improving how we operate and making conditions better for our soldiers, and it was therefore a massive surprise to receive the news that I had received the award,” she says.

“It is a massive honour and a privilege, and a proud moment for both myself, my family and the team I work with.”

“Gemma is an outstanding individual who sets the highest standards in her role within the AGC and as head coach of the Senior Women’s XV,” he said. “The ARU management team is all delighted that she has been awarded an MBE in the latest Queen’s Birthday Honours and it is well deserved.”